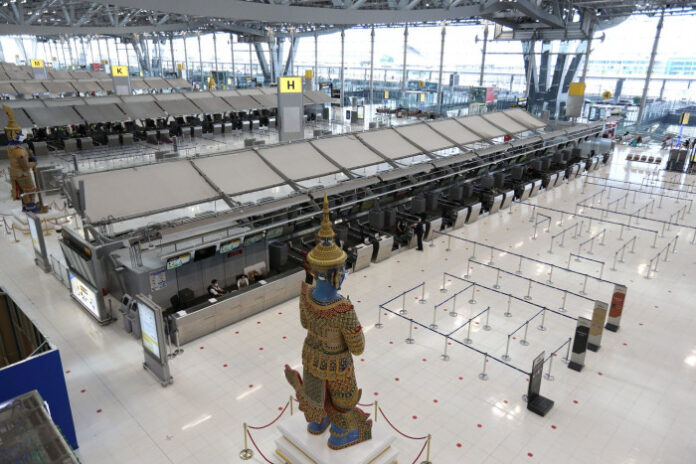 A clear and actual plan for Thailand’s reopening to welcome fully vaccinated foreigners will be discussed and finalized within 1-2 days, the director of the Center for Covid-19 Situation Administration’s (CCSA) operations center stated today, October 18th.

General Supot Malaniyom from the CCSA’s operations center revealed today to the press that the details of the plan to open the country to fully vaccinated tourists without mandatory quarantine, according to the Prime Minister’s policy, will be announced at a major CCSA meeting within 1-2 days from today, October 18th, 2021.

Additionally, details on what should be prioritized and considered in terms of how and if the plan will be able to be implemented next month will be available this week and will not be “held off until the last moment”, according to the director. This statement appeared to be directed at many people commenting on social media who had been afraid that any “official” announcements about the plan would be held off until possibly the last several days of October, like the Phuket Sandbox previously, leaving people with little time to plan potential trips in November.

“What needs to be done urgently is to accelerate the Covid-19 vaccination inoculations, as well as making sure that scheduled vaccines and alternative vaccines will be delivered to Thailand as originally set previously over the next several months to reach our vaccination goals of 70-80% depending on the area. Other related departments and government agencies have to be fully prepared for the reopening, especially the public health, tourism sectors, and the private sectors in all areas,” Supot added.

Meanwhile, Dr. Sumanee Watcharasin, director of the Office of Risk Communication and Health Behavior Development, from the Department of Disease Control, told the Associated Press that the CCSA is holding a meeting with many related Ministries and agencies this afternoon, October 18th, 2021 to prepare and draft out a clear reopening plan, considering the safety of the people of Thailand as the main priority.

According to the CCSA’s consideration, the reopening will be gradually done in certain areas, depending on the readiness of each province and factors as follows. (TPN notes these are strictly proposals and are NOT final. They are being seriously considered, but are not yet “official”)

TPN media notes that it is not yet clear if tourists will only be allowed in these blue provinces or if officials are only ensuring that the top tourist areas, where the overwhelming number of visitors go, are highly vaccinated. CCSA officials stated that all in-depth questions such as this would be answered “some time” this week once plans were finalized.

Additionally, the list of “low-risk” countries that would be allowed to visit would also be announced this week, according to General Supot.

TPN media will provide the final announcements when they are made, hopefully, this week as stated today, which would provide adequate time for potential visitors in November to prepare.