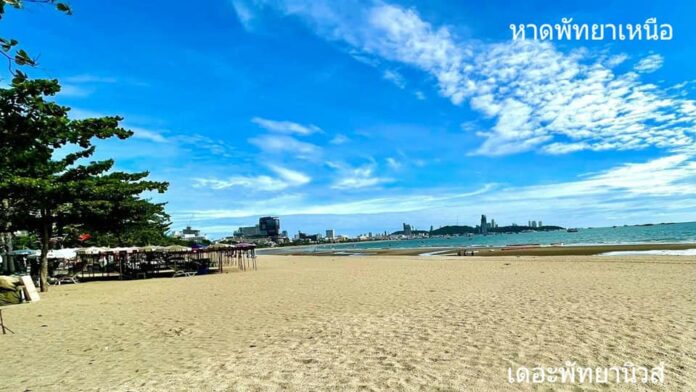 This week, we have decided to write a bit of a different editorial/analysis based on literally dozens of e-mails and messages to our team over the past several days alone.

The question on everyone’s mind is quite simple…they want details, set in stone, signed, sealed, and delivered, rubber-stamped, etc to give perfect clarity to the proposal of reopening Pattaya and other parts of the country to foreign vaccinated tourists without quarantine from November 1st.

First, here is the Prime Minister’s announcement that started this flurry of e-mails, messages, and even phone calls to our team.

Secondly, continued messages about “reopening” events in Pattaya such as music festivals and fireworks festivals have caused even more people to message us, many of who want to be here for these events. (It is worth noting that these events are really designed for domestic tourists which will be the vast, vast majority of the audience.)

We get it. We really do. Many people cannot wait to return to Thailand, especially for a regular holiday. Many business owners, especially here in Pattaya, would like nothing more than to welcome back true tourists without quarantine and tons of paperwork, here for a holiday. It would be the first time in about 21 months roughly if it took place.

However, what we are about to tell you is likely not what most of you want to hear. Are you ready for it? This is why “official” information has been so difficult to find and various media sources are full of conflicting information, proposals, speculation, and opinion. Ok, here we go: Here is what is known, factually, legally, stamped and sealed, and officially about the reopening plan from November:

Got it?  Wait, you say, there was a blank space? Yes, let’s explain why.

At this point, there is still heated internal discussion between various conflicting departments and organizations at a national level on how to do this safely. Obviously, the medical sector disagrees strongly with the business sector. If the medical sector had their way we would probably be waiting for 80% fully vaccinated nationwide and many more months of cautious waiting and baby steps. If the business sector had its way, we would open tomorrow with no rules. As a result, the two sides with polar opposite views will need to compromise and come up with the best current solution.

This is why so many different opinions and speculation (and it is speculation, although much of it is educated and real proposals being debated) are out there. From one test for Covid to multiple tests, to free roam to staying in fifteen zones, to staying at a SHA+ hotel, to blue zones, it can be incredibly confusing. We get that.

The Prime Minister never “promised” the country would grand reopen on November 1st. He stated that he was asking the Center for Covid-19 Situation Administration (CCSA) and the Ministry of Public Health to consider it. Here is his exact statement:

I have, therefore, instructed the CCSA and the Ministry of Public Health to urgently consider within this week to allow, as of 1 November, international visitors to enter Thailand without any requirement for quarantine if they are fully vaccinated and arrive by air from low-risk countries.

In reality, it is nearly certain some sort of plan will take place. Things will be much better than they are currently. And as always, it will likely start out with very strict rules that will “ease” over time. And they will ease. We certainly understand the process has been too slow for many.  We would advise readers to NOT BOOK ANY FLIGHTS OR HOTELS that can not be canceled and fully refunded until all details are final. If you do book, do so for an existing program like the Phuket Sandbox or a 7-day quarantine and be pleasantly surprised if things ease before then.

As soon as official, solid, in the Royal Gazette and rubber-stamped information is released we will be the first to tell you. We do occasionally inform about proposals to keep people aware, but consistently remind our readers they are only proposals and may or may not take place.

At this point, there is no finalized “low-risk” list of countries allowed to enter Thailand without quarantine. The CCSA is debating this list and it will “likely” be many more than ten according to them. We will likely know sometime later this week.  There is no final list right now so consistent calls to embassies (as some have told us they have done) will not be able to help you out.

There are no clear answers about children and processes with them.

There is no guarantee bars, nightlife, red-light districts, pubs, etc. will open on December 1st, it is also only being considered “by” December 1st.

There is no guarantee about insurance requirements, but it is nearly certain to stay, although possibly the maximum coverage will be lowered. Again, a proposal.

There is no clarity on so-called “swab hubs” or if one will have to stay a night in an approved hotel waiting for Covid-19 results. Again, a proposal.

All this being said, yes some of these ideas are being seriously considered, have been proposed, and could happen. But nothing is finalized or official yet. (Well, in terms of these topics. The Pattaya Music Festival was made official this weekend but again, it is meant for domestic tourists, not foreign tourists. Additionally, it will have strict rules that are still being fleshed out.)

The easiest way to think of the reopening is that November 1st will be a “from” date for policy changes, being tweaked and adjusted as things go along. It is not a “grand reopening of the gates” like some people seem to think. It is a huge step forward, don’t get us wrong. Again, almost two years since vaccinated foreign tourists have been seriously considered to enter the Pattaya area without quarantine and a ton of paperwork. That is MASSIVE. It is a huge step forward. It is not going to please everyone with the proposals and plan suggestions, but things will, as always, ease over time.

As for the so-called Thailand Pass and how it will differ from the Certificate of Entry, this is also a work in progress and probably won’t be ready to go on November 1st. It will be simplified and will be an improvement, especially on the backend, on entering the country. However, it will likely not be as simple as many tourists and visitors want, at least not at first. Again, it is a step forward.

For now, take a deep breath, don’t let all the different takes on reopening stress you out, and wait for official information BEFORE booking flights or hotels, and we hope to see you all soon in Thailand and Pattaya.

It’s been a long wait for many. We truly believe here at TPN media there is light at the end of the tunnel for tourism to return but there may be some speedbumps still in that tunnel. We are much further ahead than we were several months ago and things will continue to improve, just a bit slower than many wish.