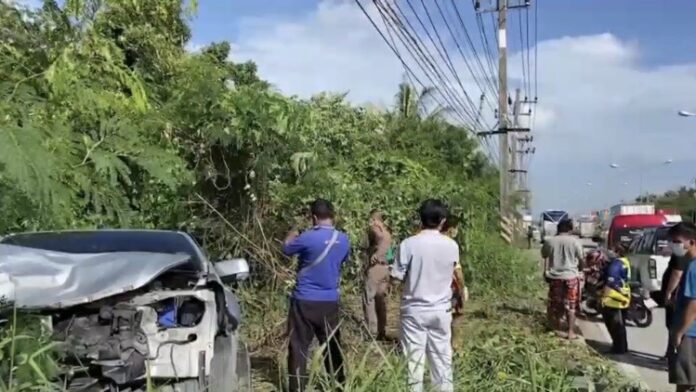 A 34-year-old Thai man has been pronounced dead at the scene after a pickup truck driver attempting to overtake another vehicle by driving in the wrong lane crashed into his motorbike in the Phan Thong district yesterday morning (October 16th).

The Phan Thong Police were notified of the accident at 9:30 A.M. on Phan Thong – Marp Pong Road in the Marp Pong sub-district,

The emergency response teams arrived at the scene to find the body of Mr. Surat Boon Ngern, 34, who was unconscious. He was taken to a local hospital where he was unfortunately pronounced dead upon arrival. 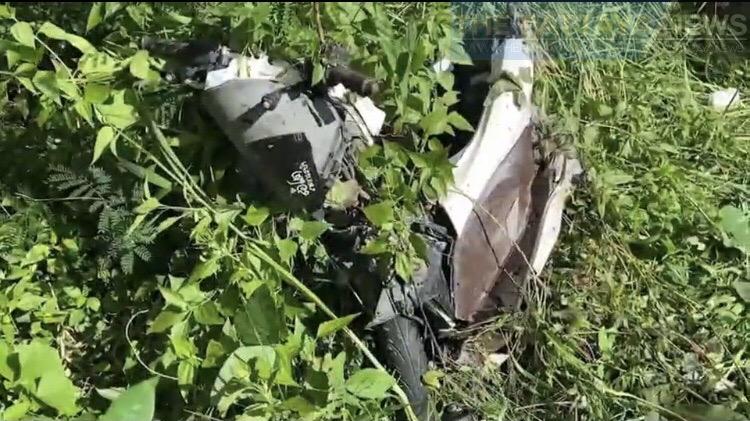 The pickup truck driver, Mr. Worrawit Inkampa, 29, who was not injured, told Phan Thong police, “I was trying to overtake another vehicle from the left lane. Unfortunately, I lost control of my vehicle while attempting to do so and had not noticed Mr. Surat in the lane when I attempted to overtake the car in front of me. I was unable to avoid colliding with Mr. Surat. I am very sorry for this accident.”