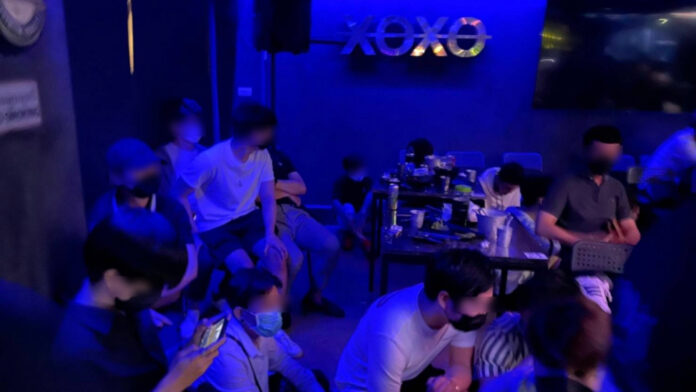 A group of 116 Thai and foreign alleged partygoers was arrested at a restaurant in the Sukhumvit area, Klong Toei district of Bangkok last night, October 16th, for allegedly gathering and drinking, violating the Emergency Decree to stop the spread of Covid-19.

Currently, all bars and nightlife are closed countrywide and restaurants are not allowed to sell alcohol other than a few “Sandbox” locations like Phuket, Samui, and Khao Lak. This has been the case since April, approaching seven months. That being said, enforcement has differed in many areas across the country in regards to these rules, which have been mandated by the Center for Covid-19 Situation Administration, or CCSA, centrally.

A total of 89 Thais and 27 foreigners were caught at the XOXO restaurant located at the Sukhumvit Plaza building on Soi Sukhumvit 12 last night after the Bangkok police received a notification of the illegal gathering in the area. The tip reportedly came from a resident concerned about the spread of Covid-19, police stated. 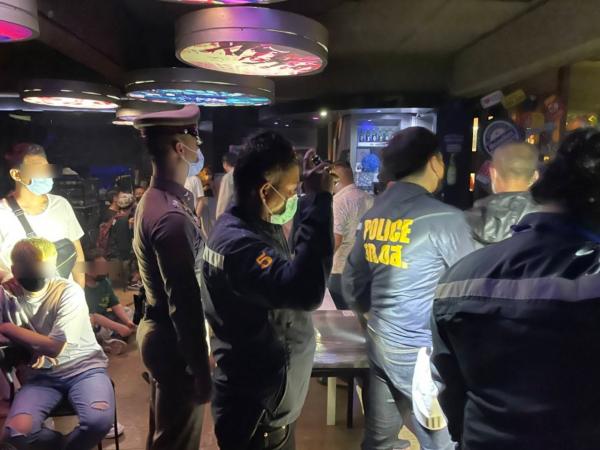 Upon the raid, several glasses of “hidden” beer and liquor, as well as customers’ receipts showing the purchase of alcoholic beverages, were found at the scene, according to police. Many people were attempting to disguise the fact they were drinking alcohol by drinking out of tea cups or other containers, according to law enforcement. All 115 customers were arrested, as well as the restaurant owner, and were immediately taken to Lumphini Police Station for questioning.

Initially, the customers were charged for violating social distancing rules which caused a risk of the spread of Covid-19 while the owner was charged for violating the Emergency Decree by selling alcoholic beverages. Under strict Emergency Decree penalties, stiff fines, and prison time could apply, although Lumphini Police did not state the exact fines given to those arrested.

All 116 partygoers also were required to take Covid-19 tests at their expense at the Lumphini Police Station. The results of the testing were not immediately available to the press.

TPN media notes the ongoing alcohol ban, past half a year now, has been incredibly unpopular with many people on social media expressing their anger at the ban, which outlaws even the smallest bars and pubs from opening, even those that provide outdoor seating.  The CCSA has addressed the continued complaints and claims to be “constantly evaluating” the situation with entertainment venues and formulating plans and guidelines for them to safely open. These guidelines, according to the CCSA, will be available by the end of the month, although when entertainment venues can open is unclear.

The Prime Minister, Prayut Chan O’Cha, has previously said that bars, pubs, nightclubs, and entertainment venues will be “considered” for opening by December 1st, but this answer has not pleased many business owners or patrons.