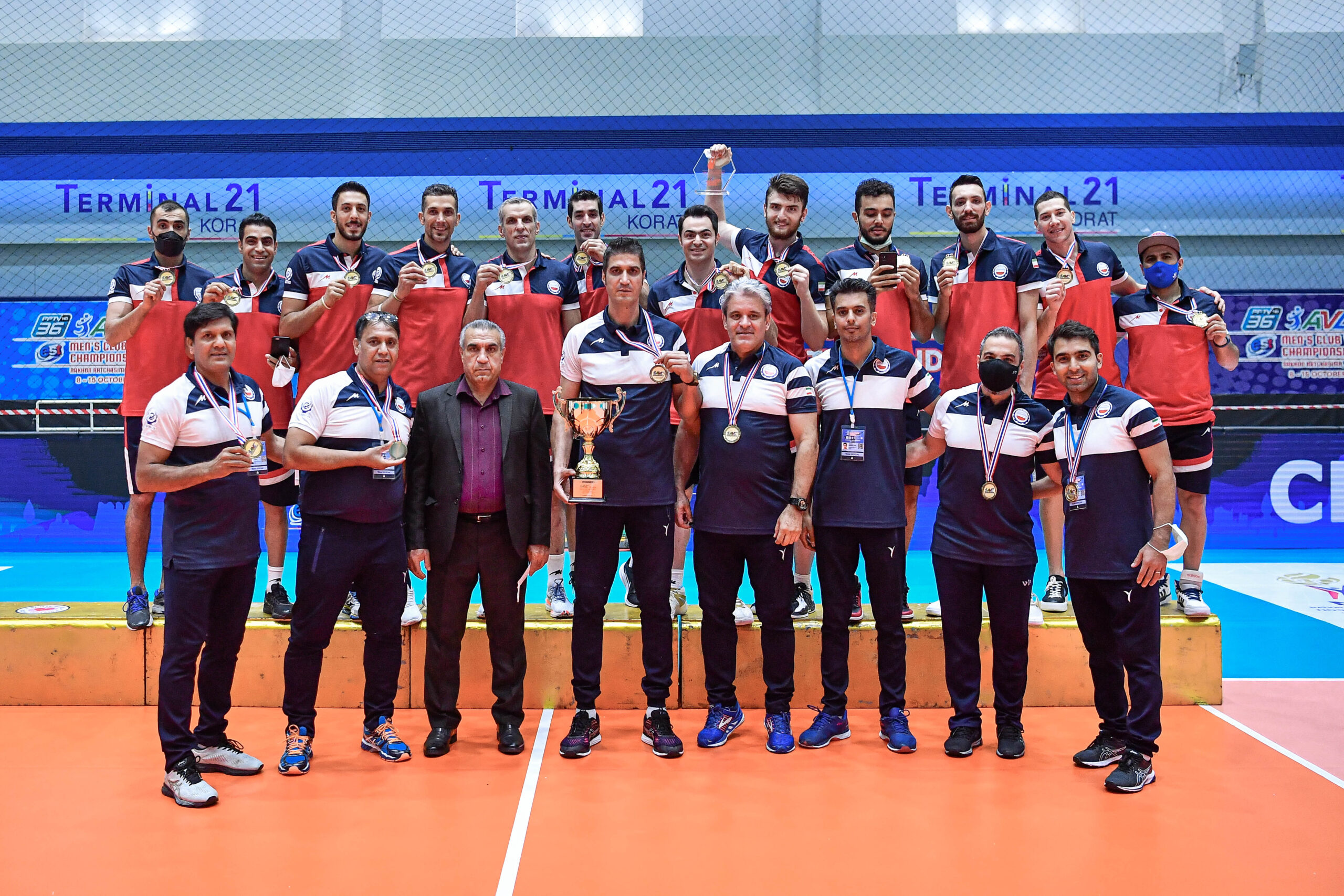 Saber Kazemi chipped in with 28 points including 22 attacks from 46 attempts and 5 aces for Sirjan, while Mahdi Jelveh kept good company to contribute 14 points. Felipe Bandero scored a team-high 21 points for Al-Arabi SC including 17 kills from 40 attempts.

The 2012 Asian Club champions Al-Arabi Sports Club, attempting to forget the 1-3 loss at the hands of the Iranians in the pool preliminary match, fielded a strong lineup led by ace spiker Brazilian Felipe Badero, Serbian Konstantin Cupkovic, and Renan Ribeiro, while Sirjan Foulad Iranian, the only unbeaten team in the tournament en route to the Friday’s final showdown, was also strong with the likes of left-hander Saber Kazemi, who landed the MVP at the recent Asian Senior Men’s Championship in Chiba, Japan.

In a high-octane game, both sides fought hard from the very beginning of the first set, with Saber Kazemi showcasing his exceptional attacking and powerful serving skills and Mahdi Jelveh firing fast attacks to help Sirjan move ahead with a three-point clear at 19-16. Sirjan Foulad Iranian ran away with it through combination attacks and excellent teamwork for the thrilling 25-19 win.

In the second set, the Qataris came roaring back through spectacular blocking punctuated by imposing spikes from Felipe and Konstantin. The Iranians had no answer to the well-organized combination attacks and superb netplay skills of the rivals. The ongoing battle turned out to be an easy task for Al-Arabi Sports Club after leaving the rivals behind 21-18; the substitutions and call-out time did not work out well for the Iranians as they made some mistakes to give the chance to the Qataris to wrap up the set 25-21 to make it 1-1.

Going down one set, the Iranians made a strong comeback in the third set. Their resilience was showcased through spectacular blocking from Arash Keshavarzi and Mohammad Sadeghi followed by some powerful spikes moments later by Ramin Khani and Saber Kazami, who continued to dominate with the beleaguered Qataris unable to muster any sort of response in the final stretch. Sirjan Foulad Iranian made a few unforced attacking mistakes but still went through to win the set 25-23.

In the fourth set, Kazemi continued to marshall the defense, but the Qatari communication began to break down. Hard-attacking Renan Ribeiro helped to improve on the team’s attacks, but the Iranians remained firm with their impenetrable defense. After taking a commanding lead with a five-point clear at 21-16, Sirjan marched on their remarkable run to finally capture the set 25-22 to take back the crown to Iran.

Sirjan Foulad Iranian eventually captured the eventual title, smashing the Qatari’s sweet dreams of repeating their second Asian Men’s Club title in five editions (2010, 2012, 2015, 2016 and 2021) they had made it to the final showdown.