Thailand reported 10,523 domestic cases of Covid-19 with 111 confirmed cases at prisons as well as 14 imported cases, marking a total of 10,648 daily infections, with 82 additional deaths in the past 24 hours.

This makes a total of 1,743,975 cases of Covid-19 since the start of this recent round of infections in early April in Thailand.

Additionally, 1,619,829 people in total have now been released from medical care and fully recovered since this current wave began. 10,794 people were released yesterday. The chart below shows the total cases and recoveries since the original outbreak last year. 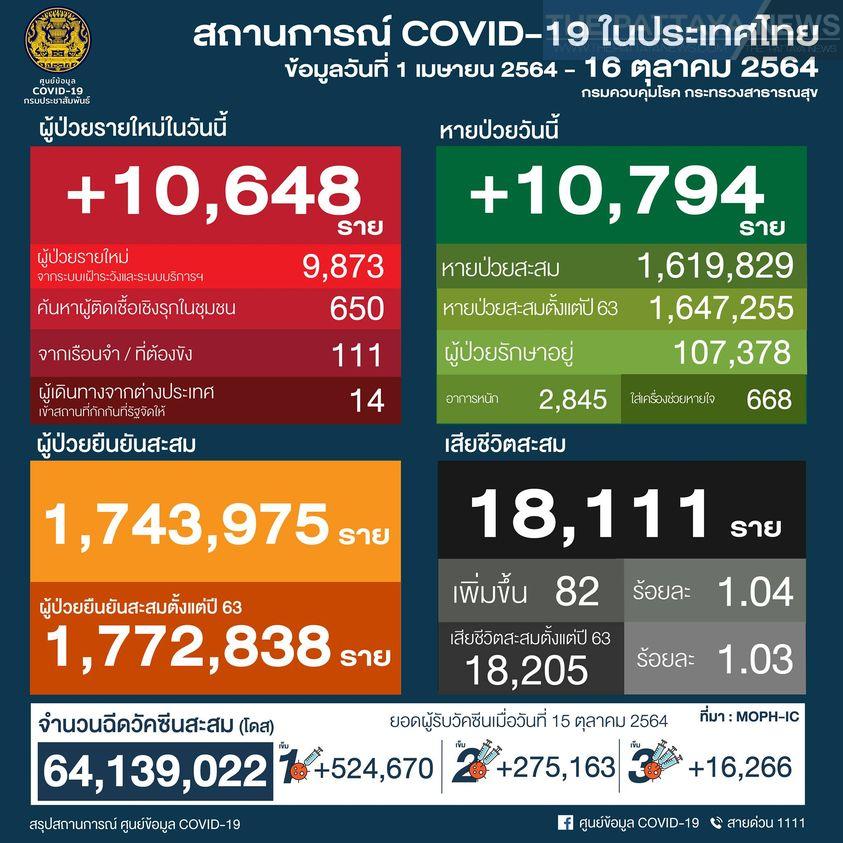 Among 10,523 local new domestic cases, excluding the cases in the prisons, the highest number of infections listed by provinces was discovered in Bangkok with 1,077, Yala with 664, Songkhla with 621, Pattani with 561, and Chonburi with 470. 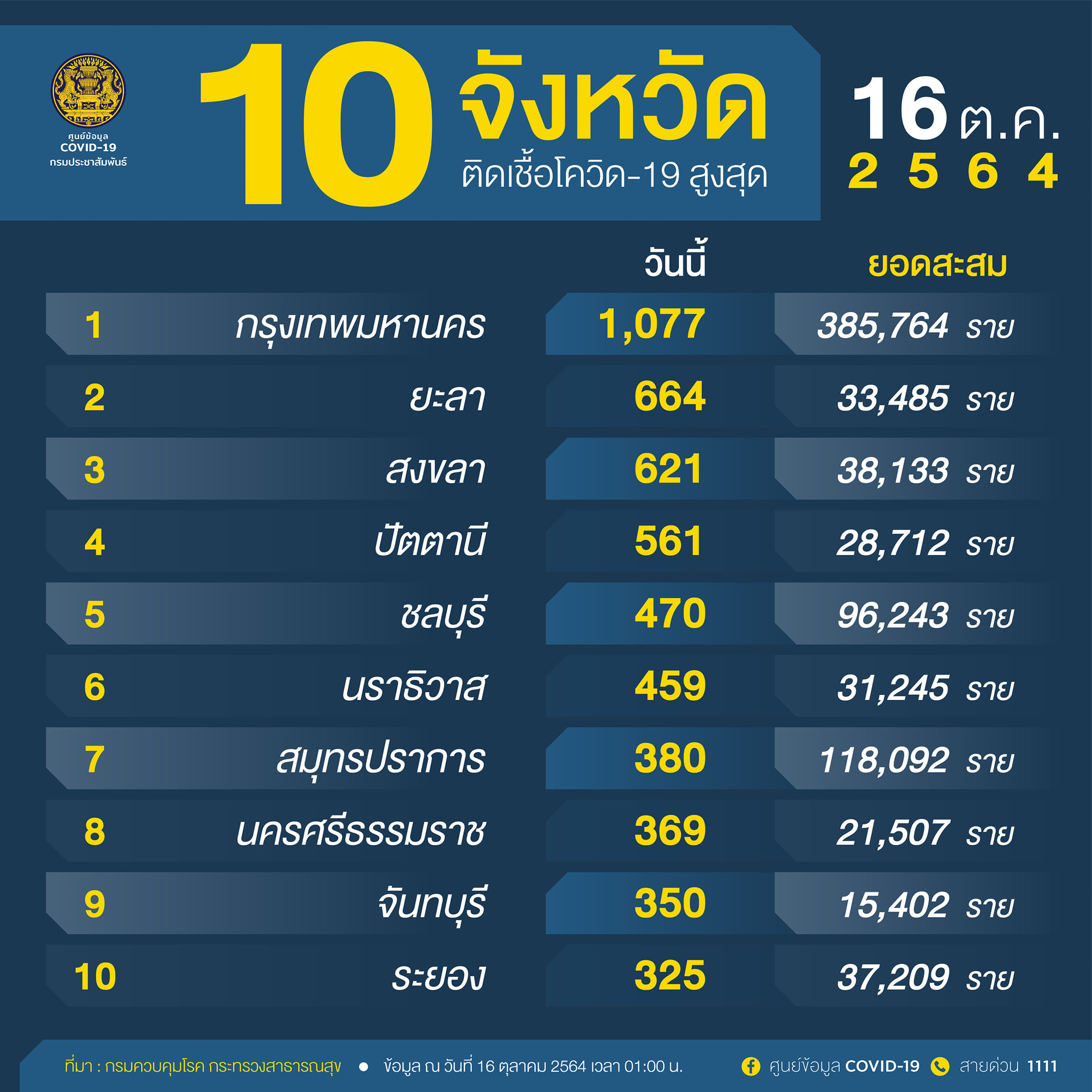 The fatalities were 45 men and 37 women (79 Thai), one Chinese, one Vietnamese, and one Cambodian national. The average age is 70. 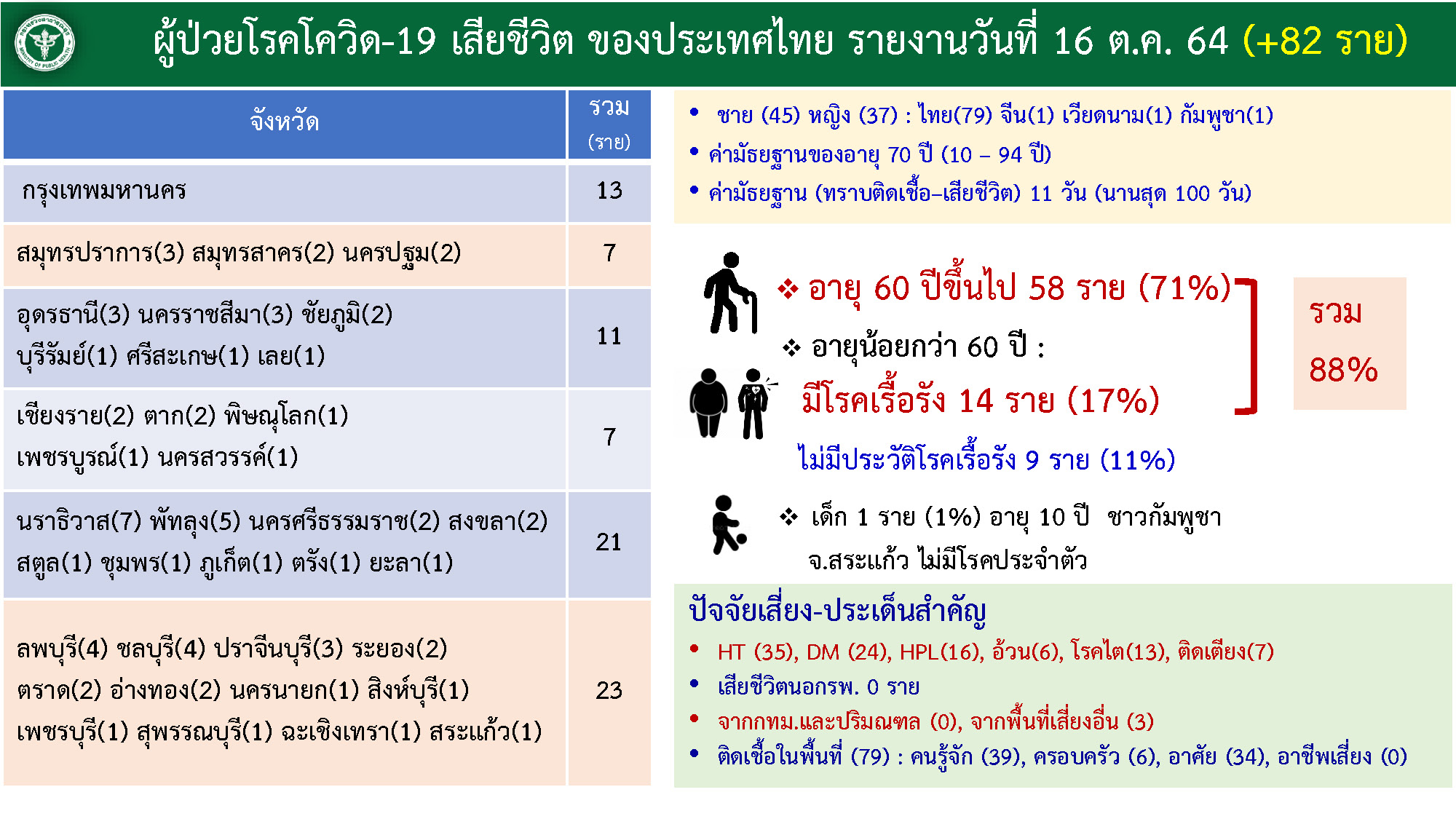