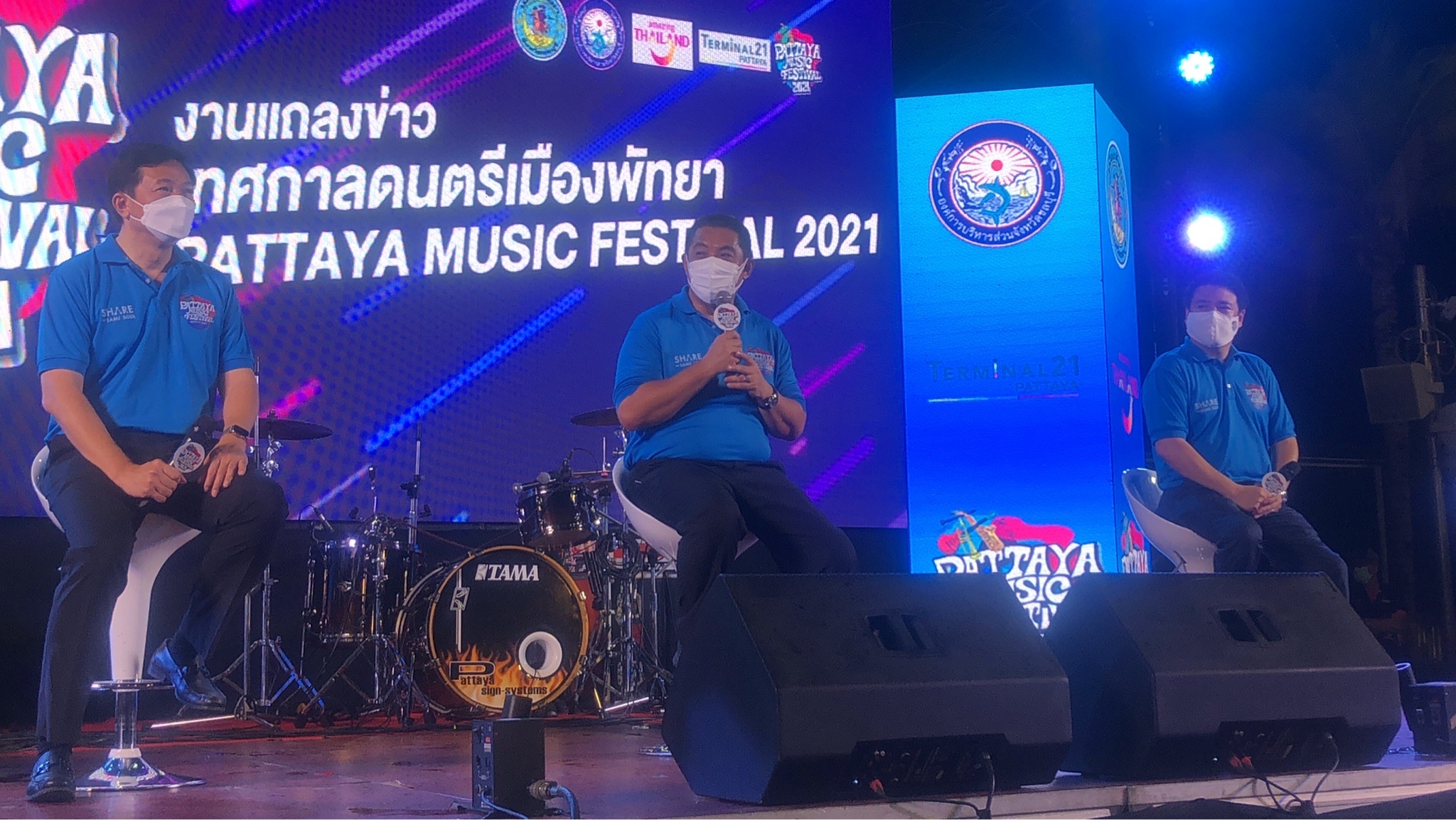 The Pattaya City Mayor has confirmed the Pattaya Music Festival is to be held from November to December, stating approval has been given “in principle” by relevant agencies, although some rules for the event are still being fleshed out.

This will be the first event in Pattaya since April of this year and the biggest event in Thailand since that date as well, according to city officials. It is expected to draw thousands of domestic tourists from around Eastern Thailand and the Bangkok area especially.

Mayor Sonthaya stated at the press conference, “The Chonburi Disease Control Committee has approved to hold the festival, in conjunction with CCSA (Center for Covid-19 Situation Administration) policies. However, they are concerned with possibly having strict and stringent Covid-19 measurements such as checking vaccination certificates and/or Covid-19 testing within a short period of time for those who plan to attend the festival.” 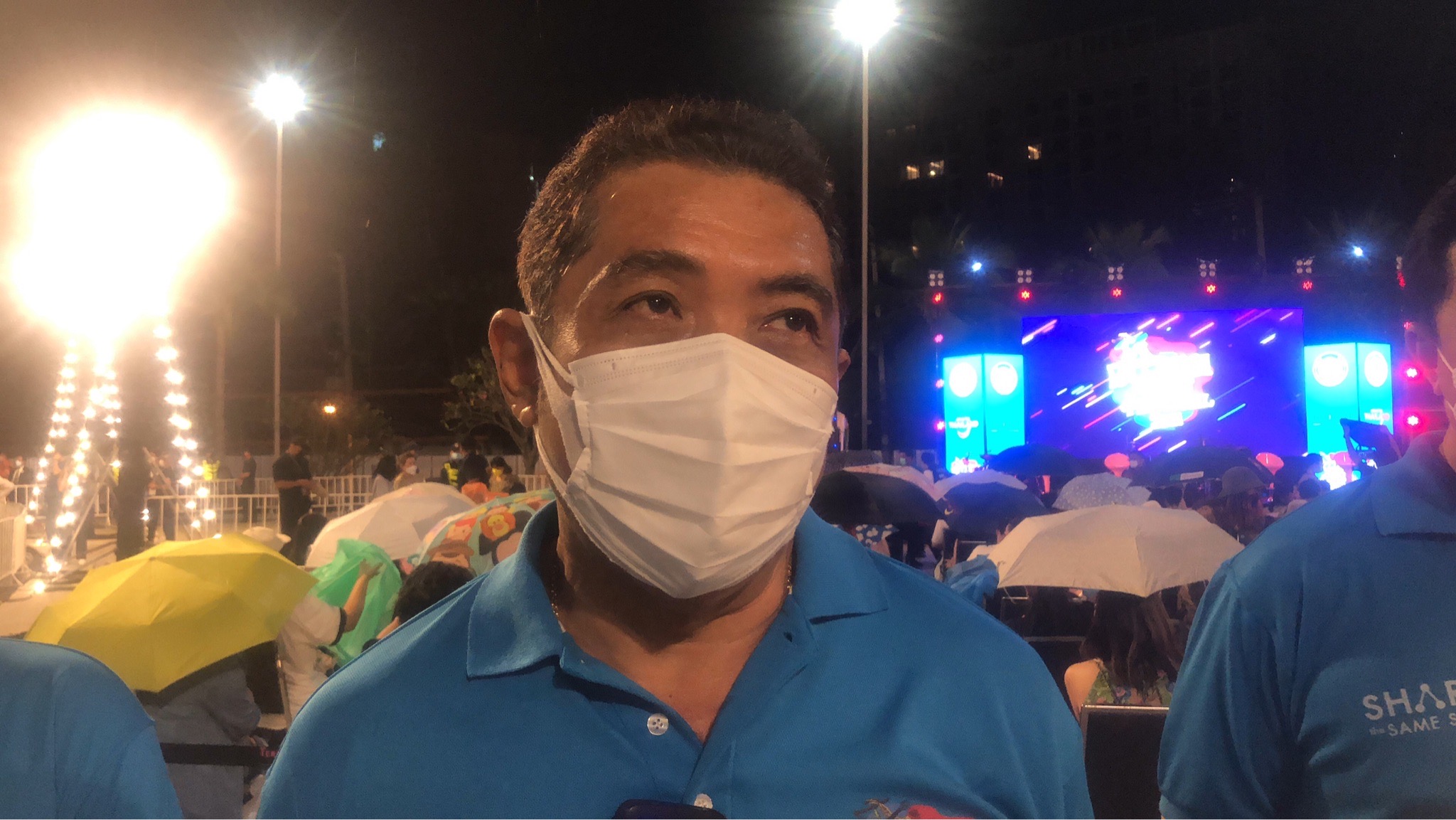 “The specific entry rules are still being discussed and nothing is final yet, we are aware that although vaccination rates are high in Pattaya and climbing weekly that many people have not yet had the opportunity to get a second shot of a Covid-19 vaccine and that is part of the discussions and thought processes. We are using last year’s successful music festivals under Covid-19 measures as a baseline, with possibly having stricter rules due to the ongoing pandemic. The Pattaya Music Festival this year will be under the “New Normal” style.” The Mayor stated.

“The budget for the festival is about 30 million baht. The festival will be held from November 5th to December 11th, 2021 on weekends. The weekend of November 19th and November 26th will be different events for Loy Krathong and our fireworks festival, but every other weekend will be the music festival which is designed to bring domestic tourism as well as provide entertainment for any foreign tourists who arrive at this time period.” The Mayor continued. 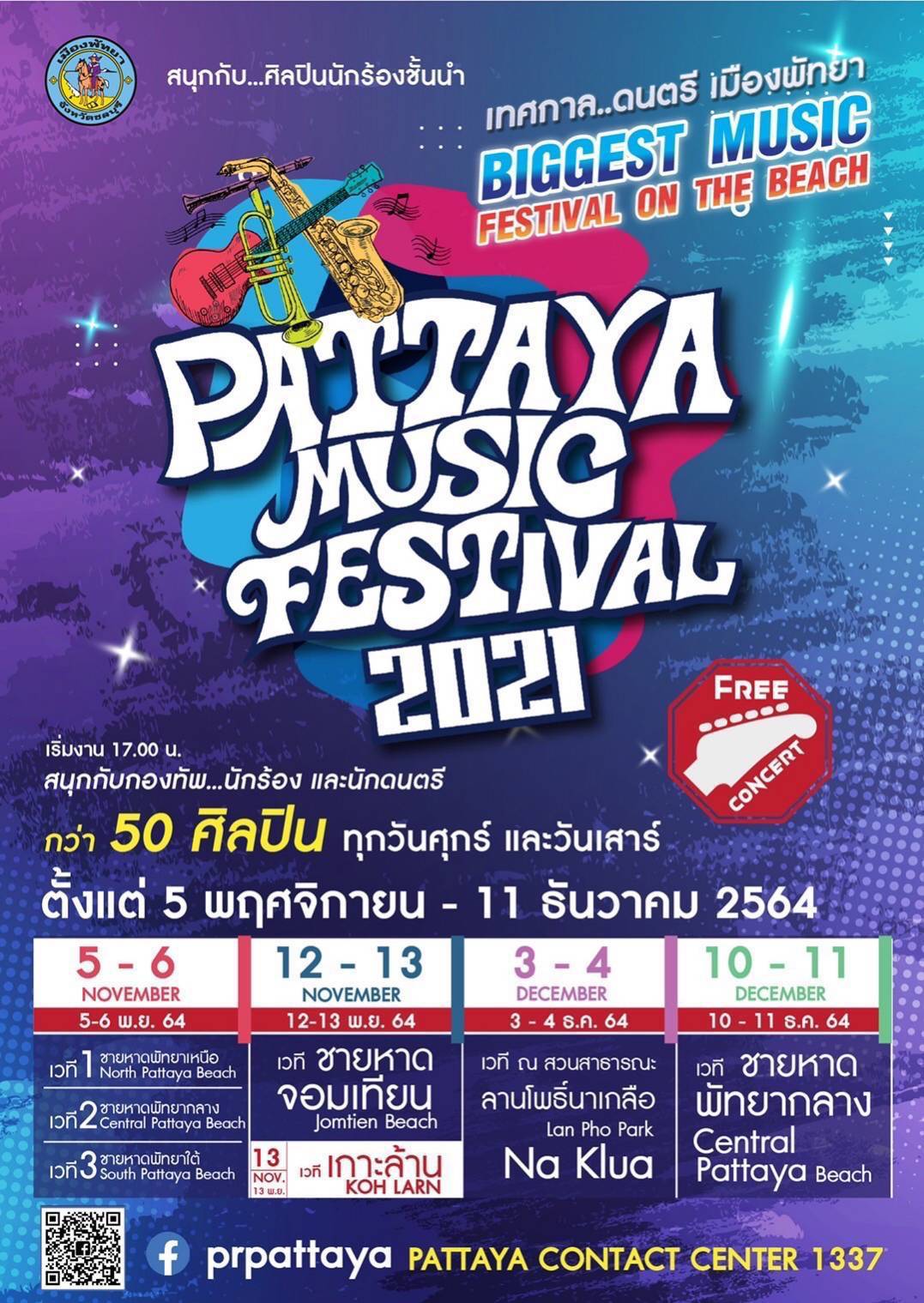 “The second week will be from November 12th to November 13th at Jomtien Beach and on Koh Lan at Nuan Beach. This will be the first time we have a music festival at Koh Larn. The Toys will be one of the major artists this week, with many more to still be announced.”

“The third week will be from December 3rd to December 4th at Lan Poe Naklua Public Park. F Hero and Twopee Southside, popular Thai rap artists, will be headlining this week.”

“The fourth week will be from December 10th to December 11th at Central Pattaya Beach with Singto and Lipta already announced.”

“More than 50 singers and music bands will be performing each weekend on multiple stages. Many artists will be announced in the near future on social media and through local media outlets. The concert will be free.” The Mayor summarized. 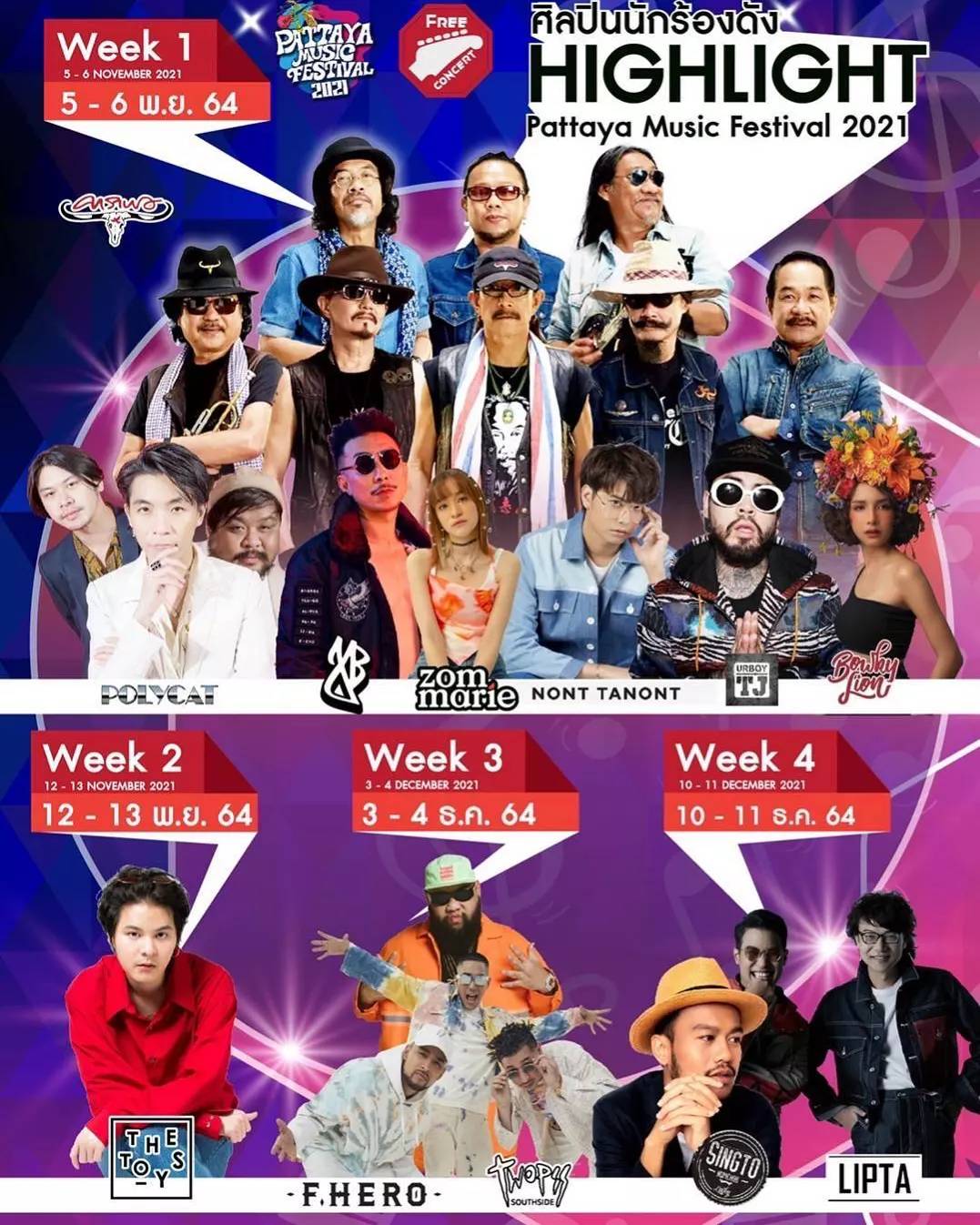 In addition, the Pattaya PR office announced the ban on flying drones during the Pattaya Music Festival except for authorized press and media.

Also, food cart vendors are not allowed at the festival. Anyone who offends the rules shall be fined up to 2,000 baht. TPN media notes that this particular rule was not popular on Thai media discussing the festival and it is unclear if set “tent” food vendors will be allowed around concert areas like prior events. There were reportedly concerns about allowing food and drink at the event as it would require people to lower masks. However, a final decision on this rule was still pending. TPN media has also been told by planning officials the event will be a “dry” event in terms of alcohol, although this has also yet to be officially announced.

TPN media also notes that officials could not answer if bars, entertainment, and nightlife would be allowed to open, which have currently been closed since April of this year, during the festival weekends, stating that is a decision for the CCSA and not their own. 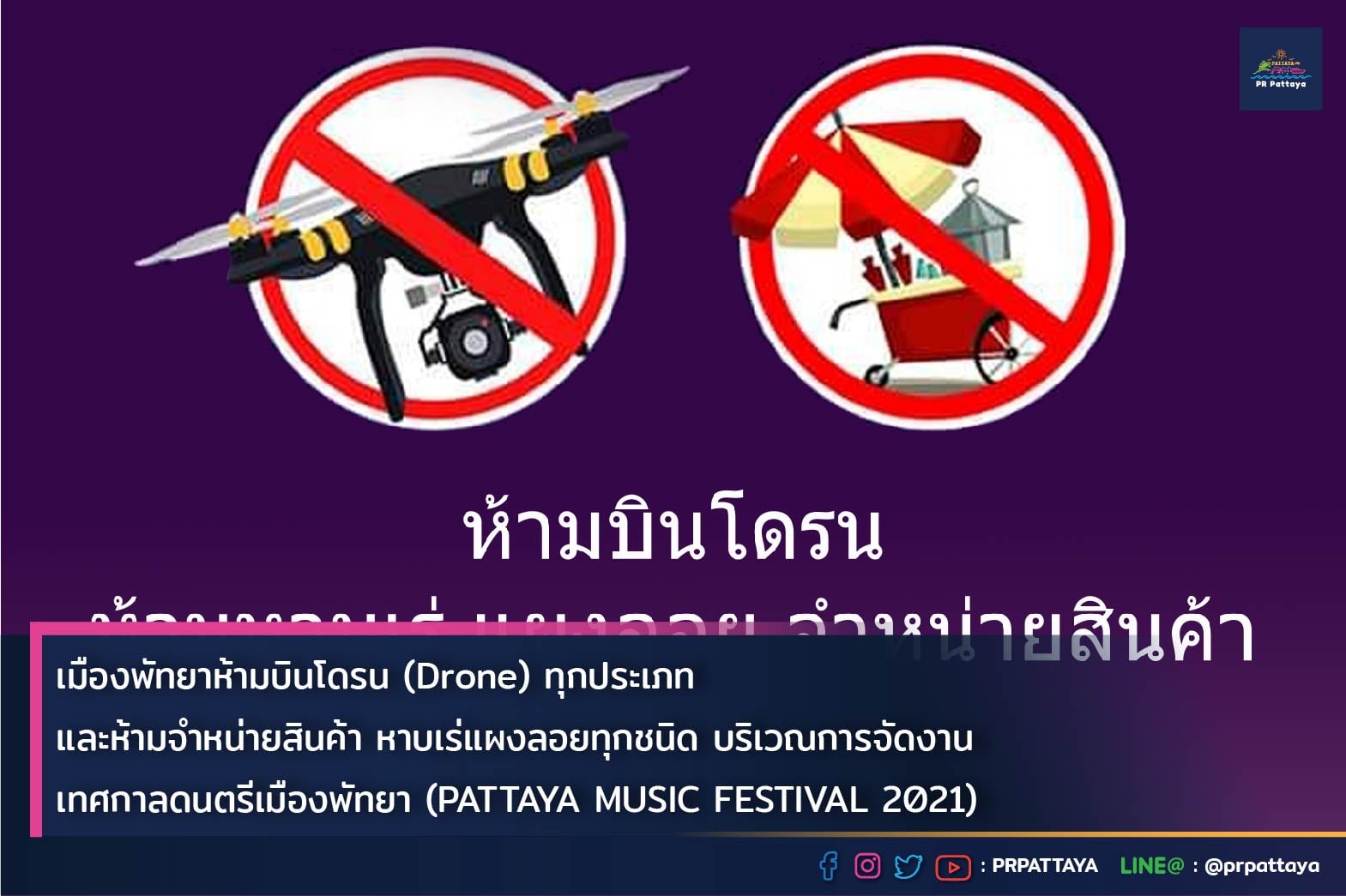