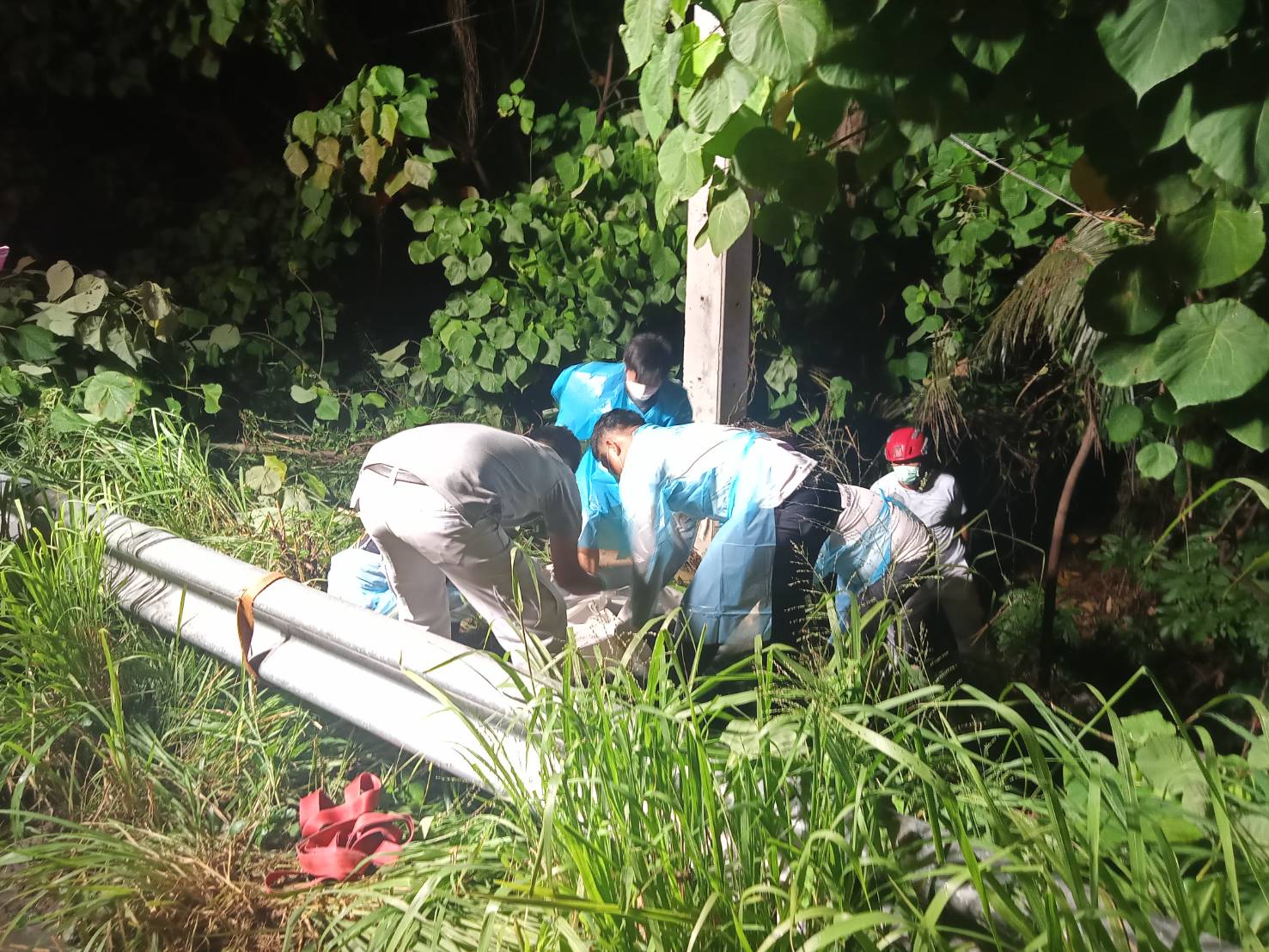 A man who was fixing internet cables found a dead body in a forested area near a roadside in Banglamung last night (October 15th).

The Nongprue Police was notified of the incident at 7:00 P.M. near Number 36 Road in the Pong sub-district.

Rescue workers and The Pattaya News arrived at the scene to find the body who was later identified as Mr Witoon Sankan, 53. He was found hanging between two trees, entangled in wires. Police said no sign of a struggle or altercation was found on his body.

On high voltage wires on a power pole nearby law enforcement officers found a wire cutter which police believed belong to Mr. Witoon. A motorbike was found near the scene, that they believed was also the property of Witoon. 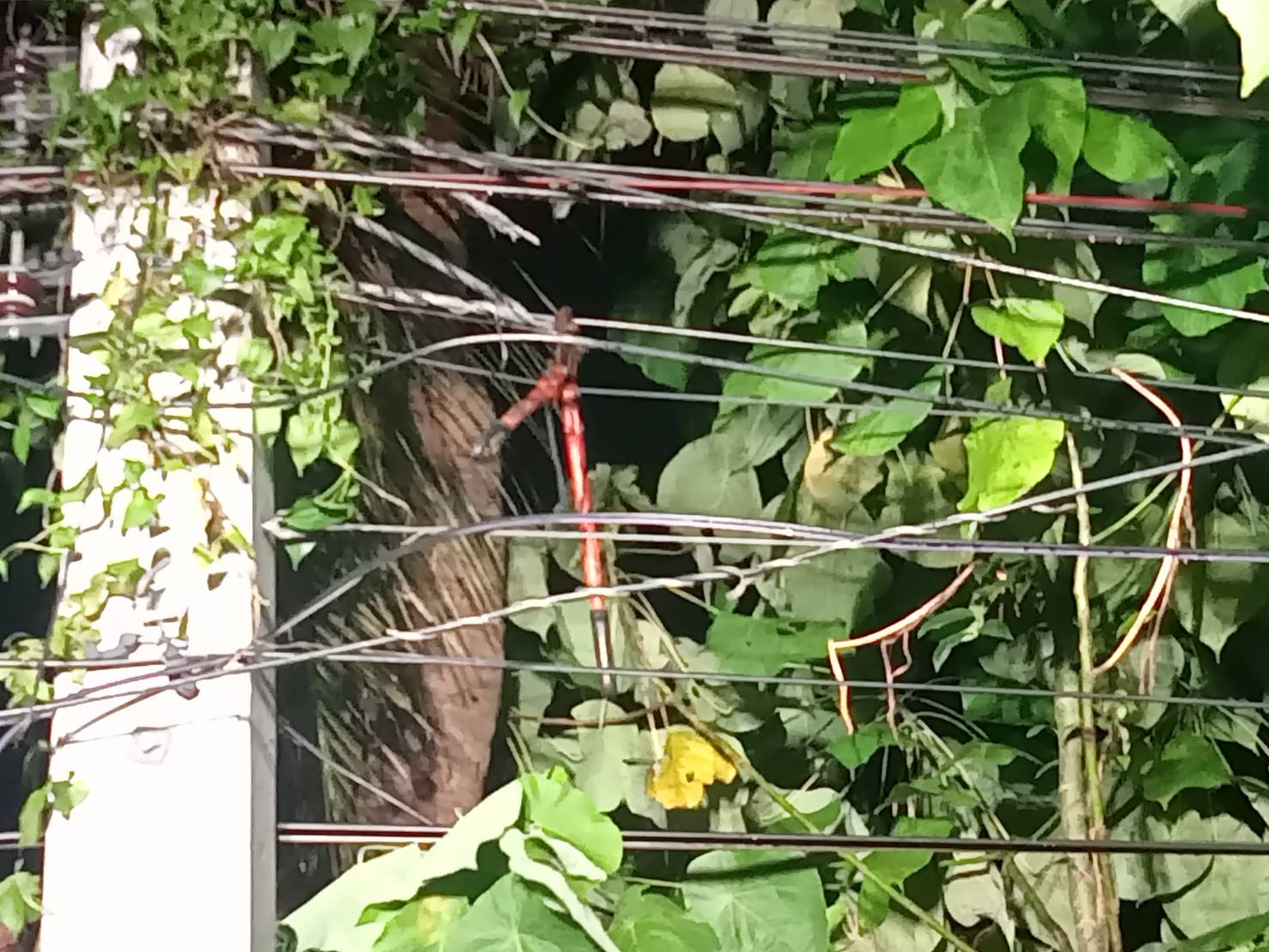 Mr Somnuek Kitpaiboon, 24, who first found the body, told TPN media, “I was fixing internet cables when I saw someone who appeared to be standing by a tree. At first, I thought he was just standing there in the woods as it was dark so I called to him but there was no answer. I got closer before I realized that he was dead. I was in shock but called police for assistance.”

Nongprue police stated that they had not yet finalized the cause of death but had narrowed it down to either suicide or possible electric shock while attempting to cut or take cables. The matter is still under investigation.