Additionally, 640 people were also released and recovered yesterday in Chonburi. 87,299 people in total have now been released from medical care and recovered in Chonburi since this current wave of Covid-19 began.

The four new deaths yesterday have contracted Covid-19 from previously confirmed cases in families. Most of them had personal health issues and none were vaccinated according to the Chonburi Department of Public Health. 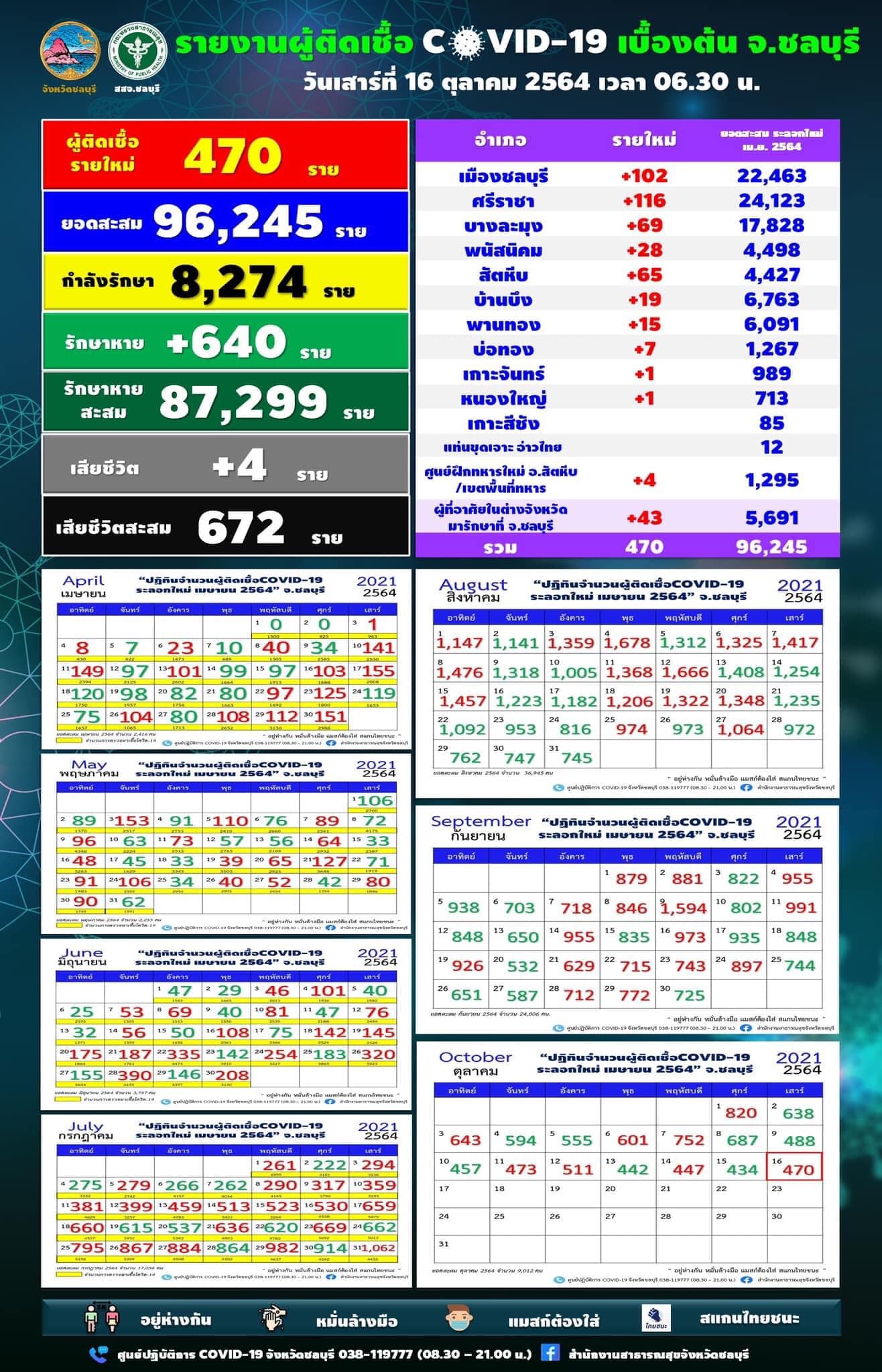