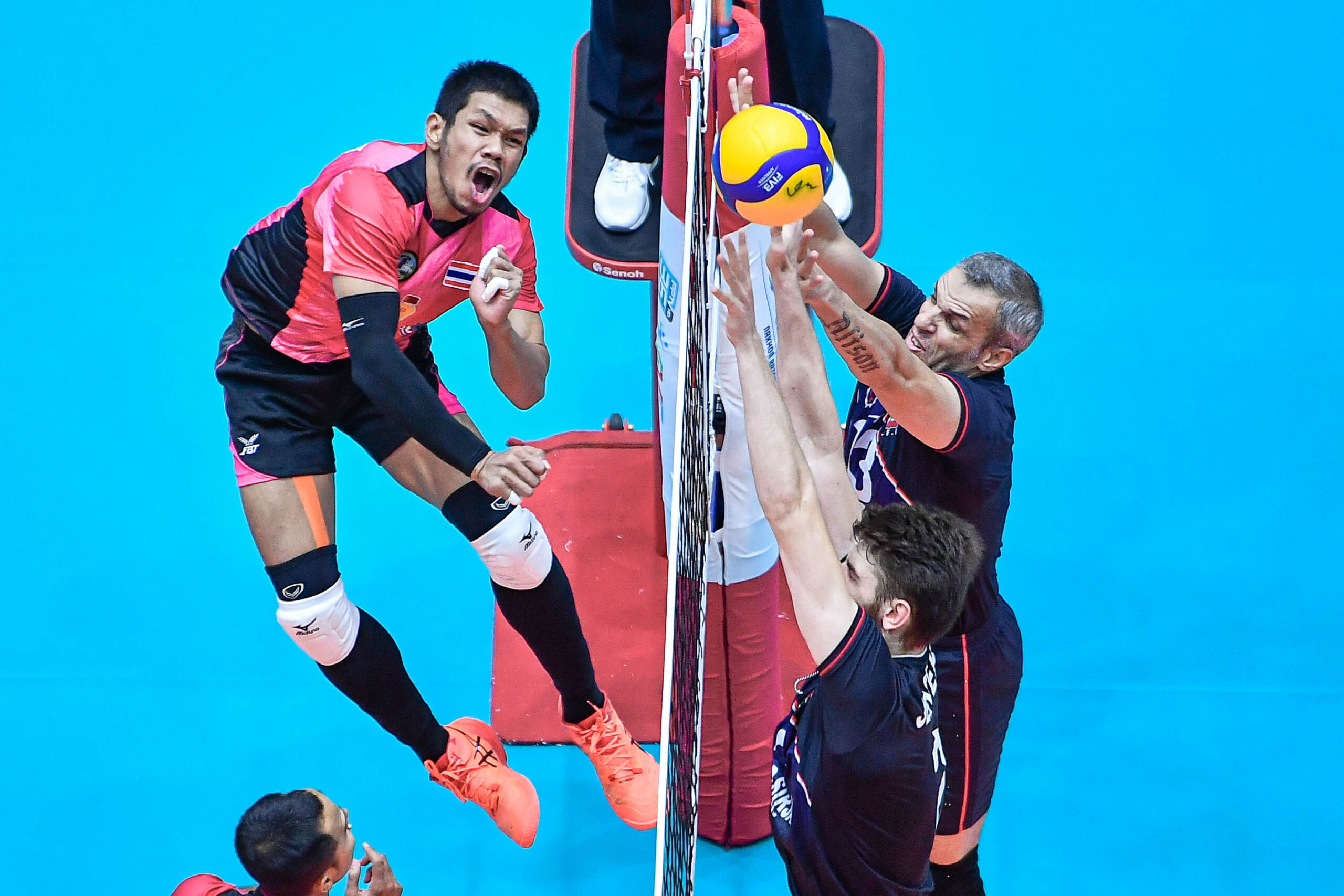 Nakhon Ratchasima, Thailand, October 14, 2021 – Sirjan Foulad Iranian on Thursday cruised past hosts Nakhon Ratchasima QminC VC in a thrilling three-setter to set up a rematch with Al-Arabi Sports Club in the final showdown of the 2021 Asian Men’s Club Volleyball Championship at Terminal 21 Hall.

Iran is defending and 14 time Asian Club champions, with Shahrdari Varamin stunning Japan’s Panasonic Panthers 3-2 to reign supreme in the previous edition two years ago in Chinese Taipei (The 2020 edition was canceled due to COVID-19 pandemic).

In their highly-anticipated clash against Nakhon Ratchasima, Mojtaba Gholizad scored a match-high 16 points for Sirjan including 11 attacks from 16 attempts, three blocks, and 2 aces, while Mahdi Jelveh and left-hander Saber Kazemi contributed 10 points apiece for the winning team. Amorntep Konhan led the host side with 12 points including 11 kills and one block.

Nakhon Ratchasima advanced to the semifinals of the championship for the first time ever following their second-place finish in Pool A. With only the top two teams from each pool advancing to the cross semifinals, Nakhon Ratchasima, which finished 9th in 2015 and 6th in 2018, challenged Pool A winners Sirjan Foulad Iranian in Thursday’s semifinals.

Sirjan Foulad Iranian made a strong start and put up a good fight to win the first set 25-19. The second set was incredibly close with neither side able to break clear from the beginning, but it was the Iranians who led 8-6. From then, the ongoing battle turned out to be a very tight contest. Sirjan Foulad Iranian performed superbly to clinch the hotly-contested set 25-23.

The third set was a similar script when both sides tried their best to topple each other. As Mahdi Jelveh and Mojtaba Gholizad tore the Thais’ defense into pieces with their mighty attacks, Nakhon Ratchasima dropped their rhythm and started to come up with poor reception. Sirjan remained in irresistible form to take three points ahead at 22-19. Despite a serious threat from the hosts, the Iranians still had enough to hold the rivals off before winning 25-22.

With the win, Sirjan Foulad Iranian now go up against 2012 Asian Club winners Al-Arabi Sports Club of Qatar, the team they had already beaten 3-1 in the preliminary Pool B match earlier, in a final clash of the Titans on Friday, the last day of the one-week competition.