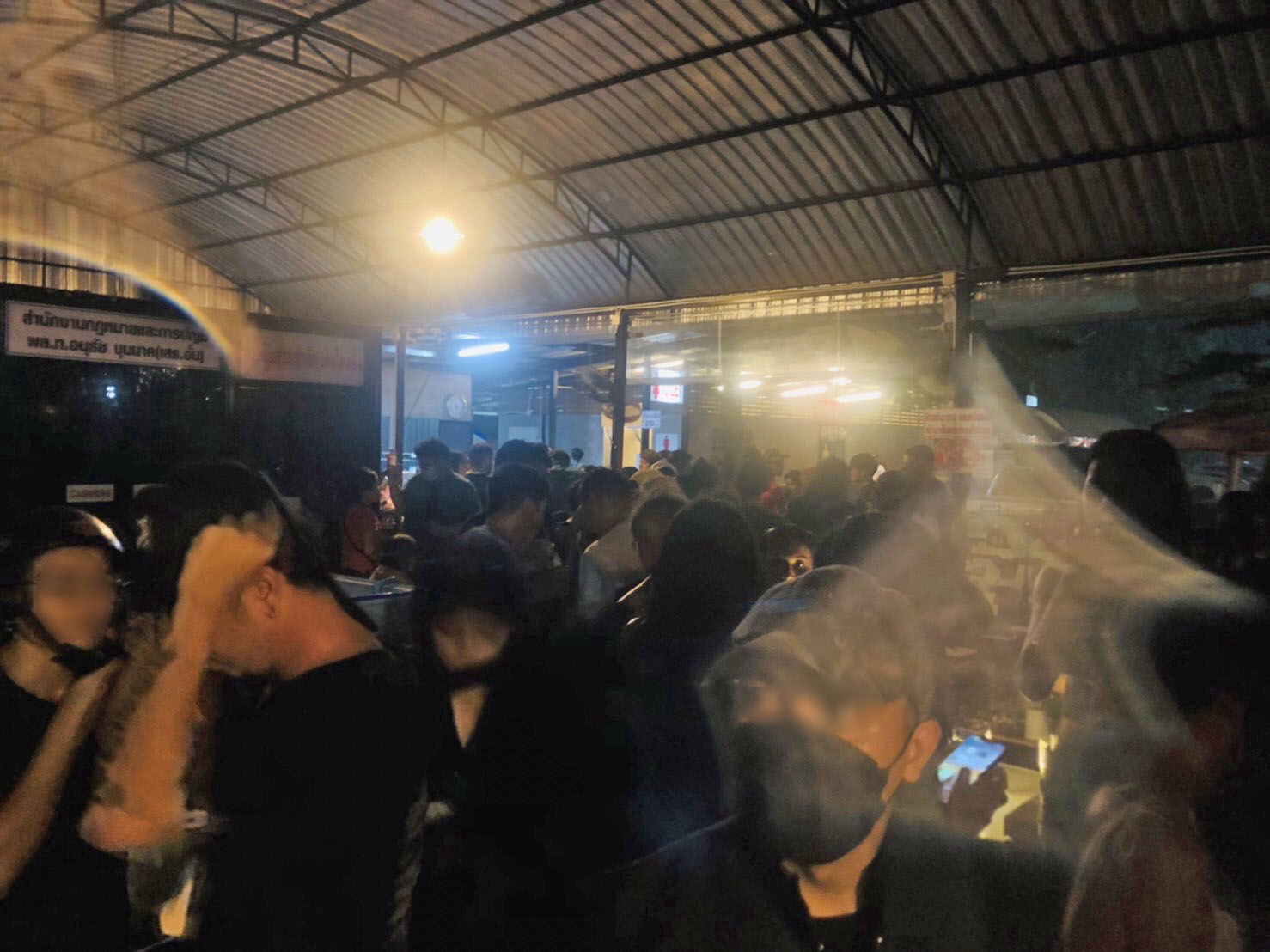 A restaurant near the Bali Hai Pier was allegedly found violating the emergency decree last night, at least the second time this particular venue has been raided. 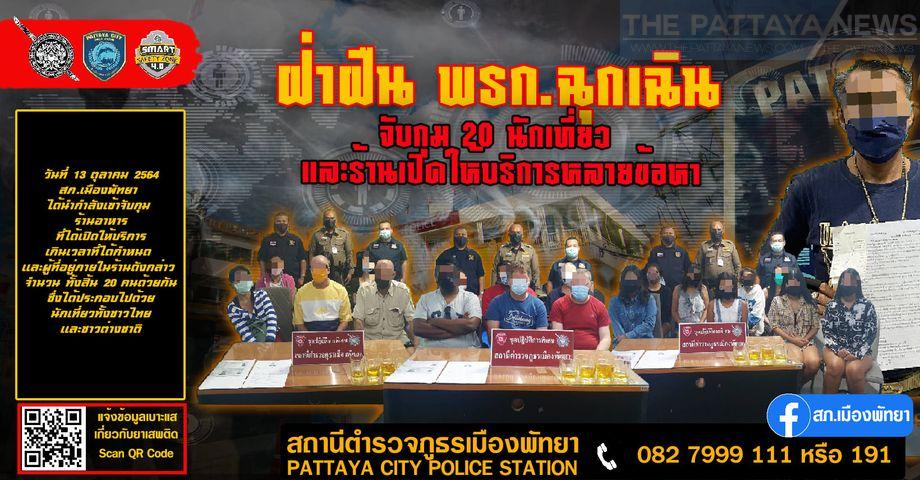 Pattaya City Law Enforcement officers were patrolling at the Bali Hai Pier last night (October 13th). At 10:30 P.M. a restaurant (Sky Mountain) was allegedly found operating outside of the legal Covid-19 curfew hours from 10:00 P.M. to 4:00 A.M. and allowing customers to drink alcohol which violates current Covid-19 laws and the emergency decree. More than 50 customers were found inside the restaurant, according to statements from Pattaya City Law Enforcement.

A video of the raid is below:

However, the restaurant caretaker, whose name was not given by Pattaya City police who cited a further investigation, was reportedly not cooperative. Pattaya Law Enforcement called the Pattaya City Police. As more police arrived many customers fled, according to reports from police. Some customers dashed into the woods below the Pattaya Viewpoint and others reportedly ran into the sea across the street to escape being arrested.

Pattaya City Police managed to stop many people from escaping, however, stated that many customers did manage to escape either through the nearby forest or beach.

According to Pattaya City Police, this is the second time the restaurant has violated Covid-19 related rules and as a result, was raided by authorities. You can read our article about the previous raid by authorities on this venue here.

Pattaya City Police warned that alcohol sales at restaurants remain against the law and all bars and entertainment venues remain legally closed. They stated they would continue to enforce these laws as well as curfew-related rules in the Pattaya area, stating they did not make the rules but it was their job to enforce them.