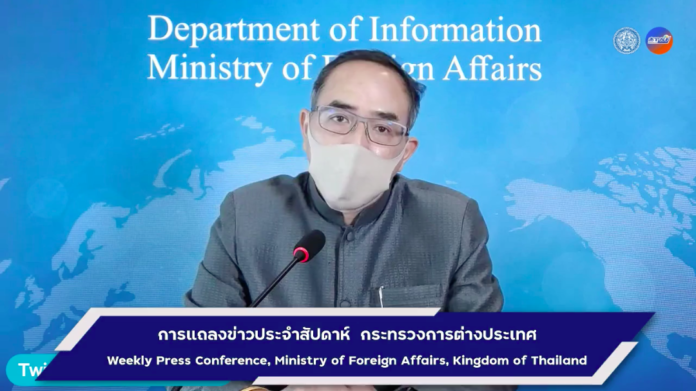 Thailand’s Ministry of Foreign Affairs (MFA) today, October 14th, has reported the government’s initial discussions of the country reopening schemes and other related traveling requirements with the official proposed opening date as scheduled on November 1st in mind.

The TPN media notes as of press time that the country reopening plan and all of its details regarding the restrictions and qualifications are still under discussion and have not yet been finalized by the CCSA (Center for Covid-19 Situation Administration) or Thai Cabinet.

However, the plan discussed earlier today by the MFA has further mentioned that the international visitors are required to show that they are Covid-free at the time of travel with an RT-PCR test before their departure and have another test in Thailand upon arrival. They must also be fully vaccinated and present their vaccination certificate when arrived. Although not finalized, early proposals hint that tourists may have to stay at a SHA+ hotel at least until they get their RT-PCR results, potentially one night.

The initially approved low-risk countries are the United Kingdom, the United States, Germany, Singapore, and China. The full list has not yet been finalized and is now under the discussion by the sub-panel CCSA and will be proposed to the general CCSA and the Prime Minister as the head of the CCSA for consideration as soon as possible. The initial list, according to the PM, will be at least ten countries, however, once again, it was not released today. 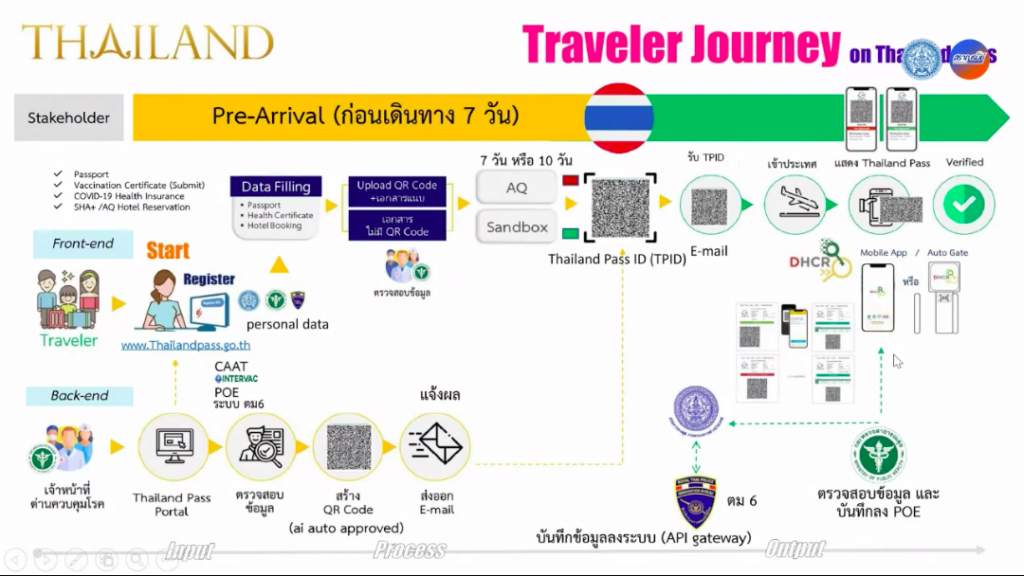 The Ministry of Foreign Affairs, together with the Digital Government Development Agency (DGA) is also now developing the “Thailand Pass” system to replace the issuance of the CoE (Certificate of Entry) and to shorten filling information and uploading travelers’ documents before visiting the country.

The system is scheduled to be approximately launched on November 1st while the CoE will be allowed for some groups of travelers, such as patients who need to stay in an Alternative Hospital Quarantine, travelers who cross land borders, and a group of travelers who travel by sea (yachts and cruise ships, etc.) The system is not yet live and more information is due to be released over the next several weeks, according to the MFA.

The MFA and CCSA are also reportedly determining “zones” that will be open to tourists, although this was not made crystal clear at today’s meetings but seems to infer that despite some earlier statements the whole country may not be immediately open to vaccinated foreign tourists but rather certain popular tourist areas. TPN media is still compiling and gathering more information about this.

Moreover, the Ministry also provided updates on Covid-19 vaccine allocations to foreign residents in Thailand. A total of 69,441 foreigners have been registered for an upcoming vaccination. Of that, 55,560 were foreigners who were less than 60 years old and 13,881 were elderly over 60 years old.