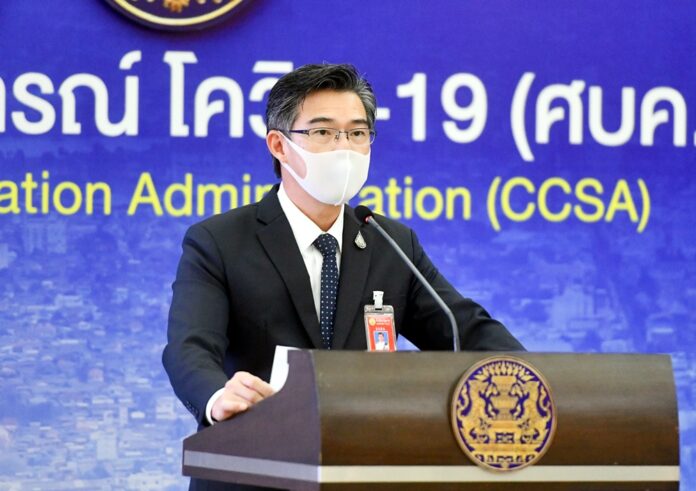 The general meeting of the Center for Covid-19 Situation Administration (CCSA), chaired by Prime Minister Prayut Chan-O’Cha, has announced the progress of country “reopening” discussions and the approval of some Covid-19 measure relaxations nationwide this afternoon, October 14th.

The country reopening scheme will surely proceed on November 1st, as stated by the Prime Minister after the meeting. Thailand will welcome fully vaccinated tourists from at least 10 low-risk countries to travel by air without mandatory quarantine, but still with some paperwork and other requirements. The countries on this list, however, were not yet finalized today and will be released at a later time, according to the CCSA.

Despite this statement, TPN media notes as of press time that the country reopening plan and all of its details regarding the FINAL restrictions and qualifications are still under discussion and have not been made official or gone into order/law yet. However, based on statements being made, it will proceed forward although many details are still to come.

According to the initial discussion, international visitors are required to show that they are Covid-free at the time of travel with an RT-PCR test before their departure and have another test in Thailand upon arrival. They must also be fully vaccinated and present their vaccination certificate when they arrive. Some other rules and restrictions will also apply and are still being “ironed out” according to the CCSA. It is also possible that one may have to stay at a SHA+ hotel while waiting for their initial RT-PCR test results and that not every province will be “open”. However, this information is not yet final.

The initially approved low-risk countries are the United Kingdom, the United States, Germany, Singapore, and China based on statements from the PM, with more to come. The additional list of risk countries of Covid-19 infections, as listed by Thailand’s Public Health Ministry will also be decided before the reopening date, according to CCSA spokesperson Dr. Taweesilp Visanuyothin.

You can read more about reopening the country proposals from today’s recap of the MFA meeting here. 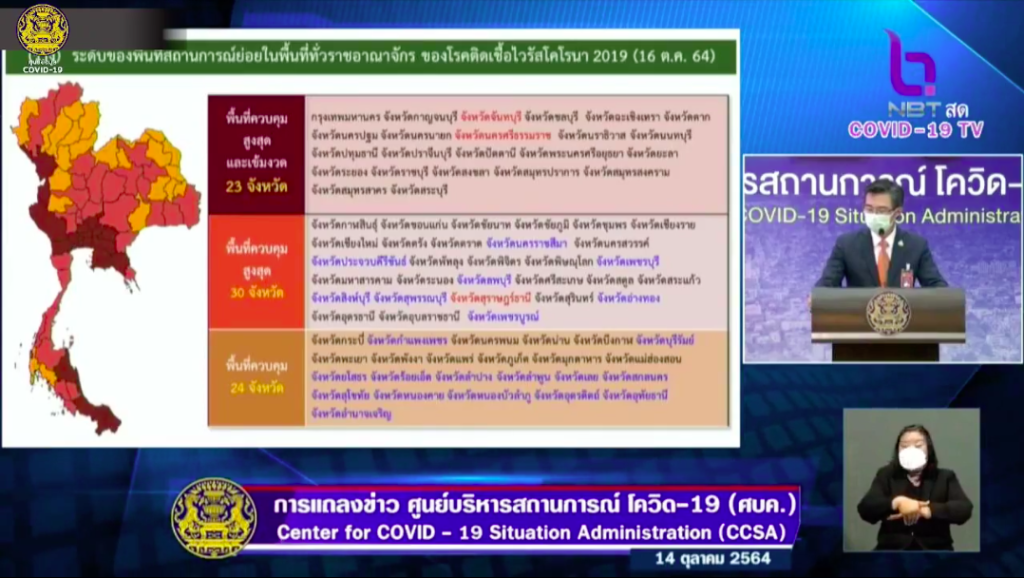 As of today, the CCSA has approved the re-zoning of all colored provinces nationwide, effective on October 16th until at least October 31st. Dark-red zone provinces are now reduced from 29 to 23 provinces but Bangkok and Chonburi remain on the highest strict and controlled list.

The orange zone provinces are the remaining 24 provinces.

Some easing of the number of people allowed to gather, as well as some businesses like arcades and game cabinets, will also be eased, although will need to be finalized by the province in their provincial orders. Bars, nightlife, and entertainment remain closed as do Amusement parks.

However, the Ministry of the Interior, Ministry of Public Health, and the CCSA did state they are expediting rules and review of entertainment venues, to discuss again on October 31st, and are asking business owners of those venues to prepare by ensuring their staff is completely vaccinated from Covid-19 and that their venues have proper air ventilation. There is no “promise” however that the entertainment venues will be able to open in the near future.

All of these eased measures will be put into effect this Saturday, October 16th.