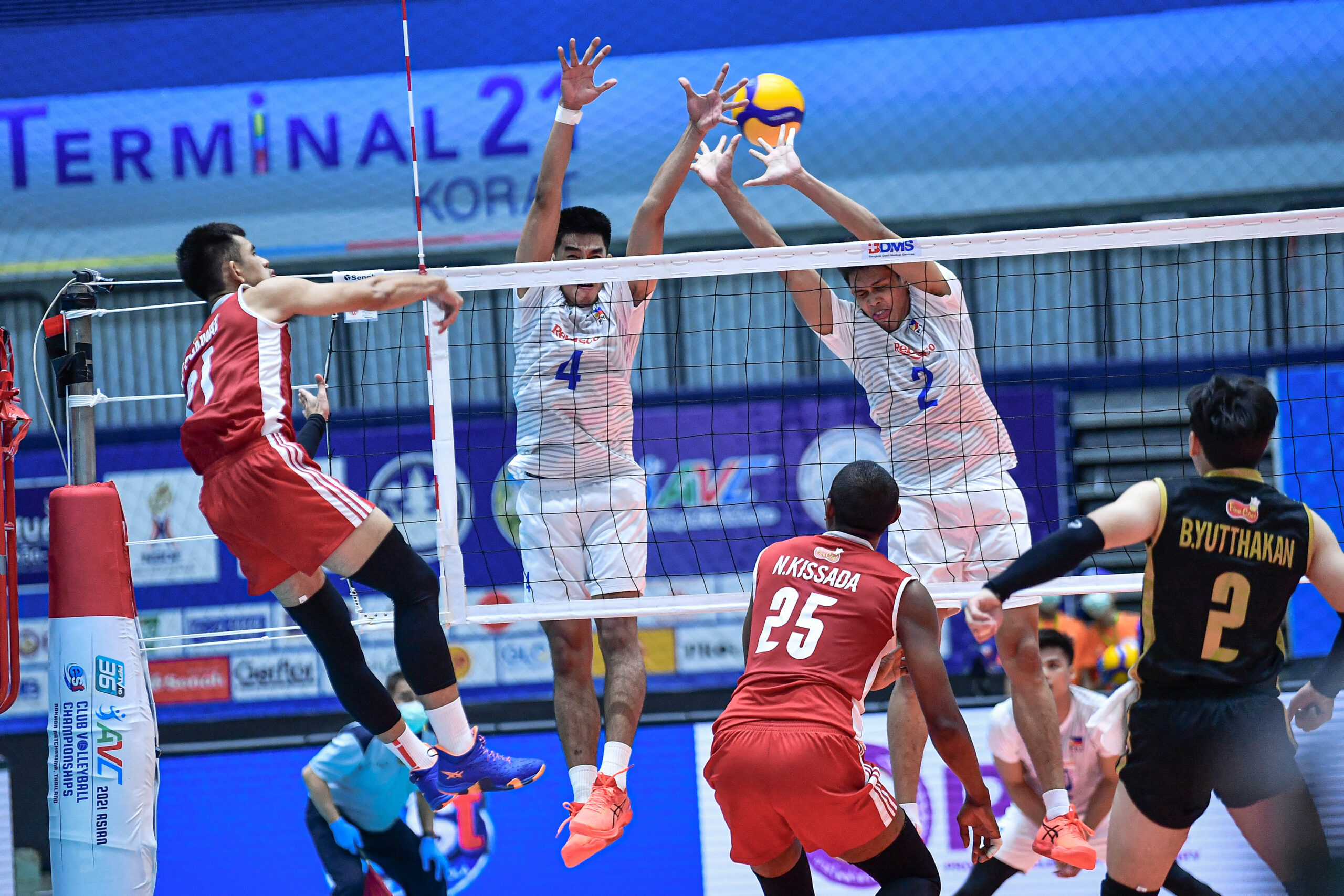 Nakhon Ratchasima, Thailand, October 11, 2021 – Tall and towering Kantapat Koonmee weighed in with a huge 36 points as determined Diamond Food played a see-saw battle against Rebisco Philippines to edge past the South East Asian rivals in a fantastic tie-breaker 36-34, 24-26, 26-28, 25-19, 15-12 in exhausting 163 minutes in the 2021 Asian Men’s Club Volleyball Championship at Terminal 21 Hall on Monday.

Diamond Food came up with determination in an effort of making amends for the disappointing straight-set loss to Qatar’s Al-Arabi Sports Club on October 9 and their firm intention paid off impressively on Monday when they claimed a hard-fought victory over Rebisco Philippines to next take on Sirjan Foulad Iranian on Tuesday, the final day of the round-robin preliminaries.

Diamond Food head coach Somboon Nakpung said after the match, “We need to rest key players today and that’s the reason why we put young players on court so they can gain more experience in the Asian-level competition. As far as I see my players compete, they were not good at service reception and defense. It’s hard to close the match. We need to be much tougher to meet Sirjan Foulad Iranian tomorrow.”

After the match, Diamond Food improved their performance with 4 points from 2 wins against one loss to stay in third place in Pool B, while Rebisco Philippines suffered four losses in a row to be assured of a fifth-place finish in the Pool.

The Philippine team will next battle it out with CEB Sports Club from Sri Lanka, which has yet won a single set from three matches contested. Although the Sri Lankans still have one remaining match on Tuesday against Nakhon Ratchasima QminC VC, they look set to end their preliminary Pool A campaign in fifth place.

The following is a press release from the Asian Club Volleyball Championship given to The Pattaya News team to publish with permission. Their statements are their own.