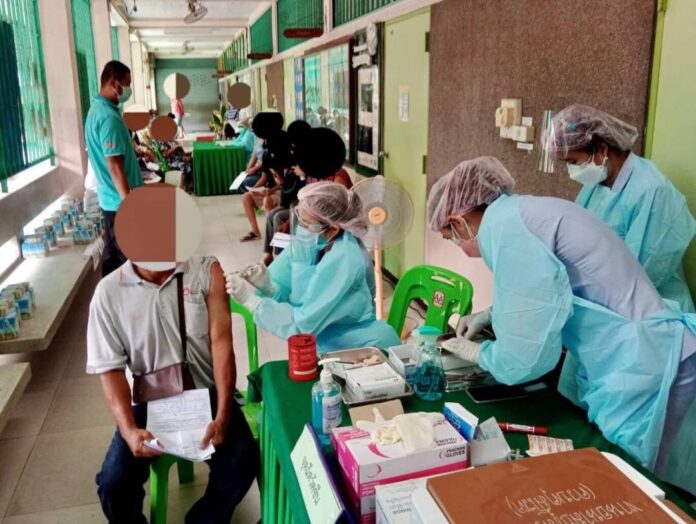 Thailand discovered a total of 10,035 daily Covid-19 infections with 60 additional deaths in the past 24 hours, the Center for Covid-19 Situation Administration (CCSA) reported today, October 11th.

The fatalities were 32 men and 28 women with the most numbers recorded in Yala with 8. 54 of them were Thai nationals, four were Myanmar nationals, and one of each was a Cambodian and Chinese national. The age range was between 5 and 91 years old.

Most of them were reported with underlying health conditions, including hypertension (28), diabetes (15), hyperlipidemia (12), obesity (11), and kidney disease (13). Five of the fatalities were bedridden patients.

Of the new cases, 9,160 were found in hospitals and medical services (which includes contact tracing cases), 756 were from a proactive approach at previously reported clusters, 80 were from prisons, and the remaining 39 were imported cases.

A number of 110,265 patients are still under treatment/isolation/medical care. Of that, 2,969 patients are in critical condition including 680 on ventilators. This is roughly 2.69 percent of cases that are critical while 22.9 percent of that is critical enough for a ventilator.

Regarding the non-prison local infections, the highest numbers of patients were reported in Bangkok with 1,160, followed by Yala with 719, Pattani with 547, Samut Prakan with 532, Songkhla with 505, and Chonburi with 473.

As of today, 10,590 people fully recovered in the past 24 hours and have been released from field hospitals and quarantine centers. Thailand has now reached a total of 1,720,919 cases with 1,592,903 recoveries and a total of 17,751 deaths since the start of the pandemic.