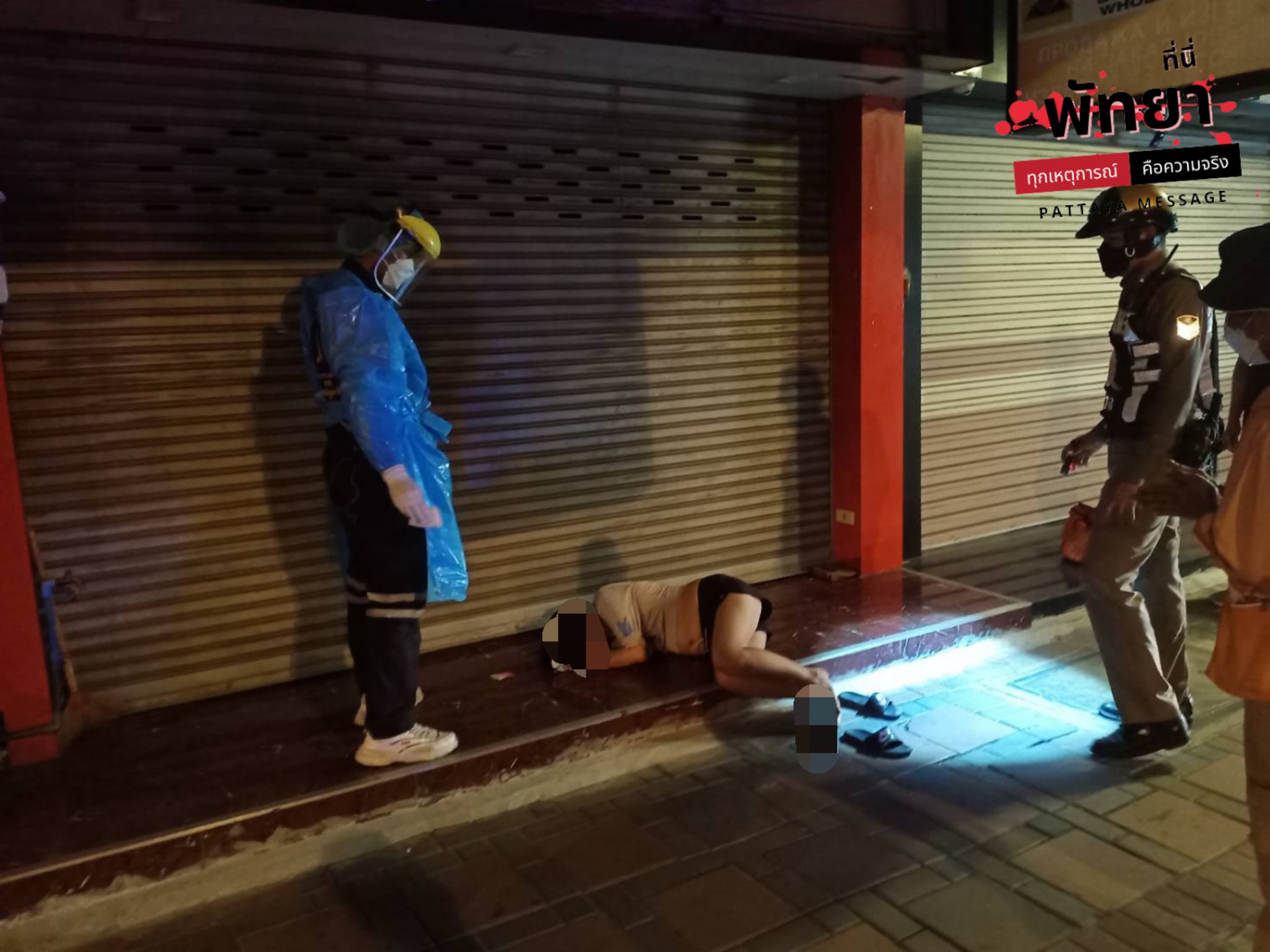 An unidentified foreign woman was found drunk sleeping in front of a foreign currency exchange shop in Pattaya in Banglamung District during the early hours of this morning, October 10th, with all of her valuables stolen.

Police and rescue volunteers from Sawang Boriboon Thammasathan arrived at the scene around 2:00 AM. this morning after being alerted of the foreigner lying near the Royal Garden Plaza on Second Road in Pattaya.

The woman, whose nationality was unknown, was seen wearing a white shirt and black shorts and sleeping unconsciously. Rescuers then woke her up and did a primary health check-up. 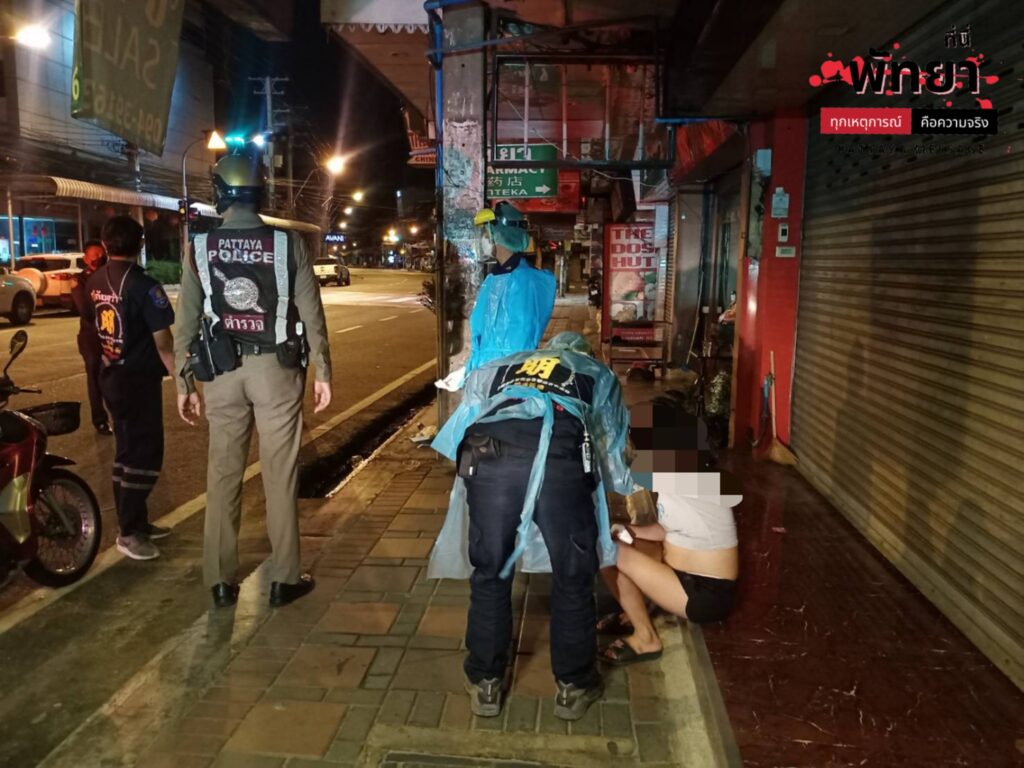 According to local witness and taxi driver Wanchai Petchnil, 48, the woman was already lying unconsciously when he was driving by. He also witnessed what he claimed was a motorcycle taxi driver approach her and pickpocket her. The motorcyclist quickly drove away with the lady’s purse when he saw the taxi driver observing the situation from nearby. Wanchai then called the police because he didn’t know how many of her valuable items were missing.

Police then started asking the woman some questions but she did not respond properly due to her state of intoxication. She, therefore, was taken to the Pattaya police station to sober up until she fully recovered before starting the questioning again.

Pattaya Police stated they would observe CCTV cameras to attempt to locate the supposed thief. They did not state if they would charge the woman for being out after a legal Covid-19 curfew from 10:00 P.M. to 4:00 A.M. or if the woman possibly had permission to be out with a legal permit.