Tourism and Sports Minister, Phiphat Ratchakitprakarn, is completely positive about the reopening plan to vaccinated foreign tourists without a strict in-room quarantine happening in five provinces/areas, including Bangkok and Chonburi, initially scheduled from November 1st.

However, large and severe clusters of Covid-19 infections must not be found prior to the reopening before November 1st, especially in Bangkok as it was considered the first and popular destination for most foreign tourists to visit before traveling anywhere else, noted Phiphat. TPN media notes that the final decision on any reopening does not rest with the tourism minister but with the Center for Covid-19 Situation Administration (CCSA) and the Thai Prime Minister, Prayut Chan O’Cha. The CCSA in particular has shown to be exceedingly cautious and is composed of mostly doctors and medical experts.

The reopening plan in November would be a semi-normal opening which will be different from the Phuket Sandbox and the Samui Plus Model because the project is not in an experimental period like four previously reopened provinces, added Phiphat in an interview yesterday afternoon, October 7th, 2021, with the associated Thai press.

Phiphat did not expand on what would be different from the current plan in Phuket, Samui, etc. which requires fully vaccinated visitors to have mandatory Covid-19 insurance, multiple Covid-19 tests at one’s expense, a required and prebooked stay in a SHA+ hotel (where all staff is vaccinated and meets multiple Safety and Health Administration standards) for seven days, a compulsory tracking application on one’s cell phone, the requirement that one must stay within their zone for seven days before traveling around the country, and last, but certainly not least, a Certificate of Entry from one’s embassy or consulate in their home country.

TPN media notes that these requirements, especially the Certificate of Entry, have driven much criticism and negative feedback on social media from potential visitors, claiming that the requirements are still “too much” compared to some other destinations and countries.

Moreover, Krabi and Phang Nga will fully welcome foreigners to the whole province during the same period, according to Phiphat. 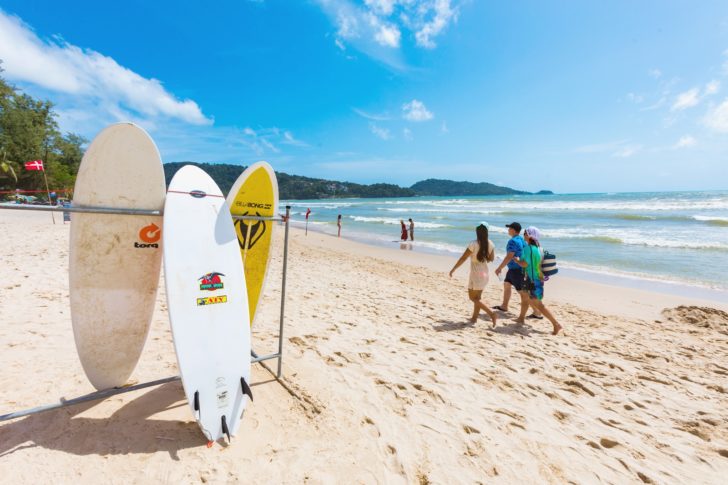 The Ministry of Tourism and Sports expected that the reopening in five major tourist destinations would generate tourism revenue at 1.5 trillion baht or about 50 percent of the average normal income before the Covid-19 outbreak which was 3.4 trillion baht.

Meanwhile, TAT governor Yuthasak Supasorn revealed that 2021 is probably the worst year of the Thai tourism industry EVER as Thailand has reached tourism revenue of 815,624 million baht from the foreign market and 328,758 billion baht from the domestic market, accountable for a 60 percent decrease from 2020. 2020, of course, was nearly as bad having been compared to 2019 which was a record-breaking year with almost 40 million foreign tourists.

“The tourism situation in Thailand has just gradually started to get better in October, partly from foreign tourists in Sandbox projects and two government domestic stimulus campaigns. The government should speed up the readiness of the reopening scheme as domestic tourism alone cannot significantly boost the entire tourism industry from the almost two-year impact of the Covid-19 pandemic,” the governor added.