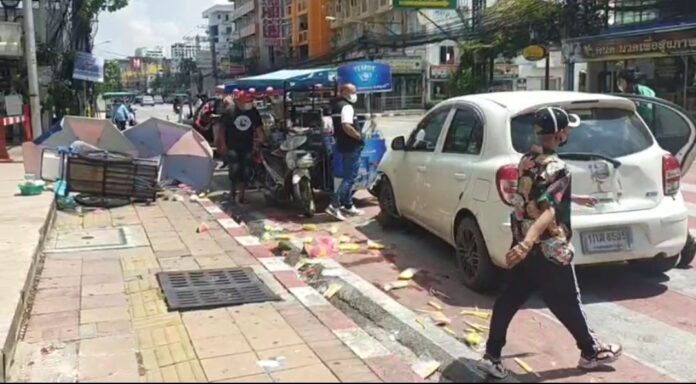 The Pattaya City Police were notified of the accident at 11 A.M. yesterday (September 30th) on Pattaya Second Road in front of View Talay 6 and Central Festival shopping mall.

A video version of this story can be seen here:

They and The Pattaya News reporters arrived at the scene to find the damaged white car, food carts, and several shaken but mostly uninjured food cart vendors. 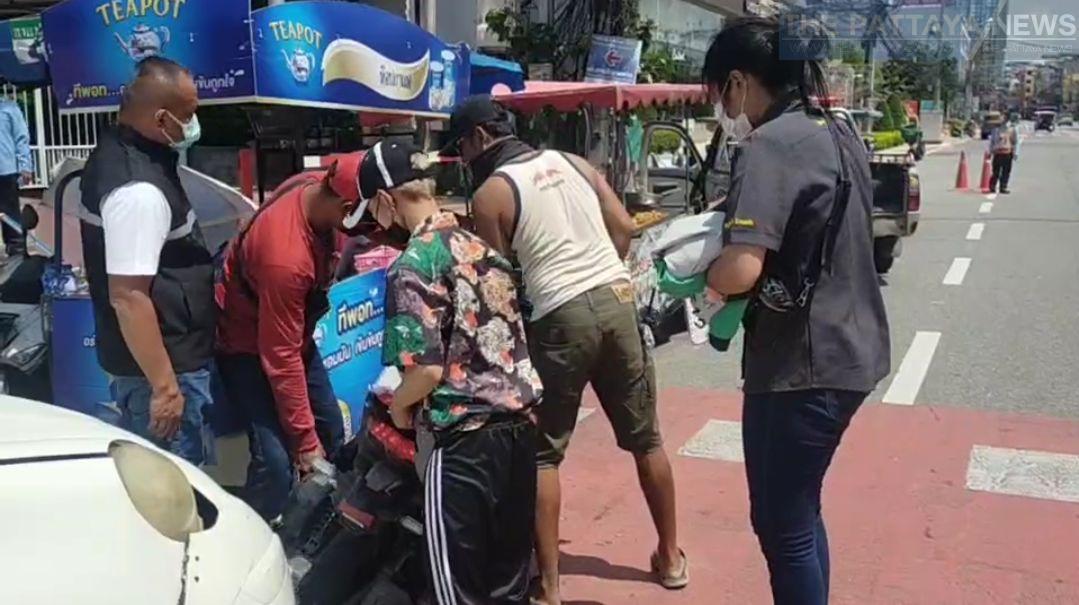 The intoxicated car driver, whose name was not given by police, had already been taken to the Pattaya City Police Station located only a short distance from the accident on Soi 9. According to Pattaya police, the driver was so intoxicated, despite it being 11:00 in the morning, that they were unable to get a statement at the scene, thus processing the individual immediately. A blood-alcohol test was set to be conducted at the police station.

Mr. Sakorn Linjan, 42, a food vendor, told The Pattaya News, “I was selling food when the car seemed to lose control at high speed and crashed into a row of food carts. The driver was completely intoxicated and barely able to walk or talk. Who gets this drunk at 11:00 in the morning? It was very lucky that myself and the other food cart vendors managed to jump away and avoid any injuries other than a few minor scratches. However, multiple products were damaged and there was physical damage to our carts as well.”

Pattaya Police said the driver will face multiple charges stemming from the incident and be held liable for damages to the food carts.  The suspect remained in custody as of press time. 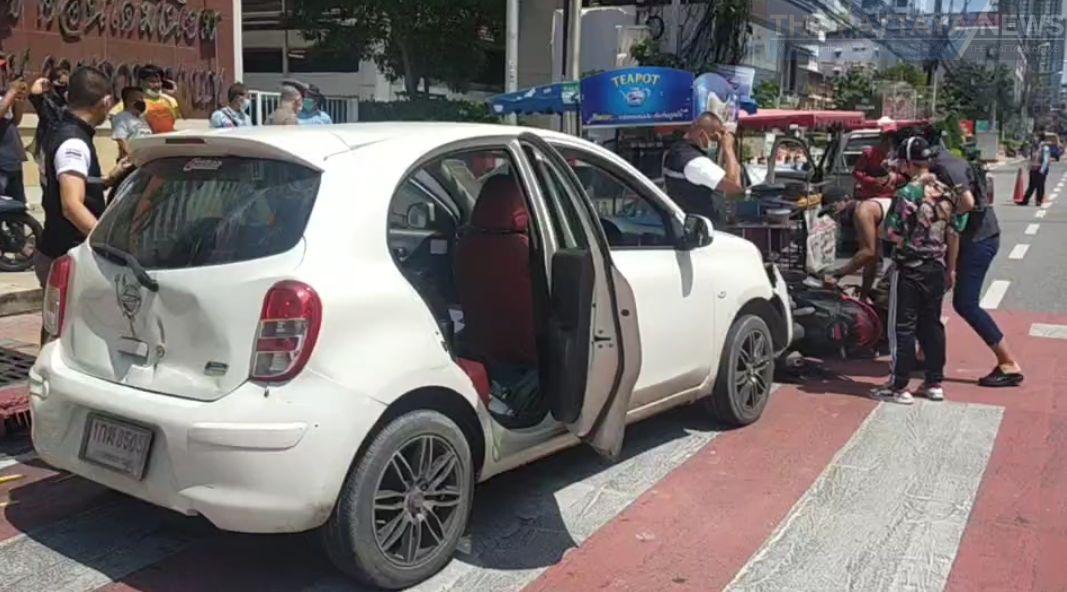