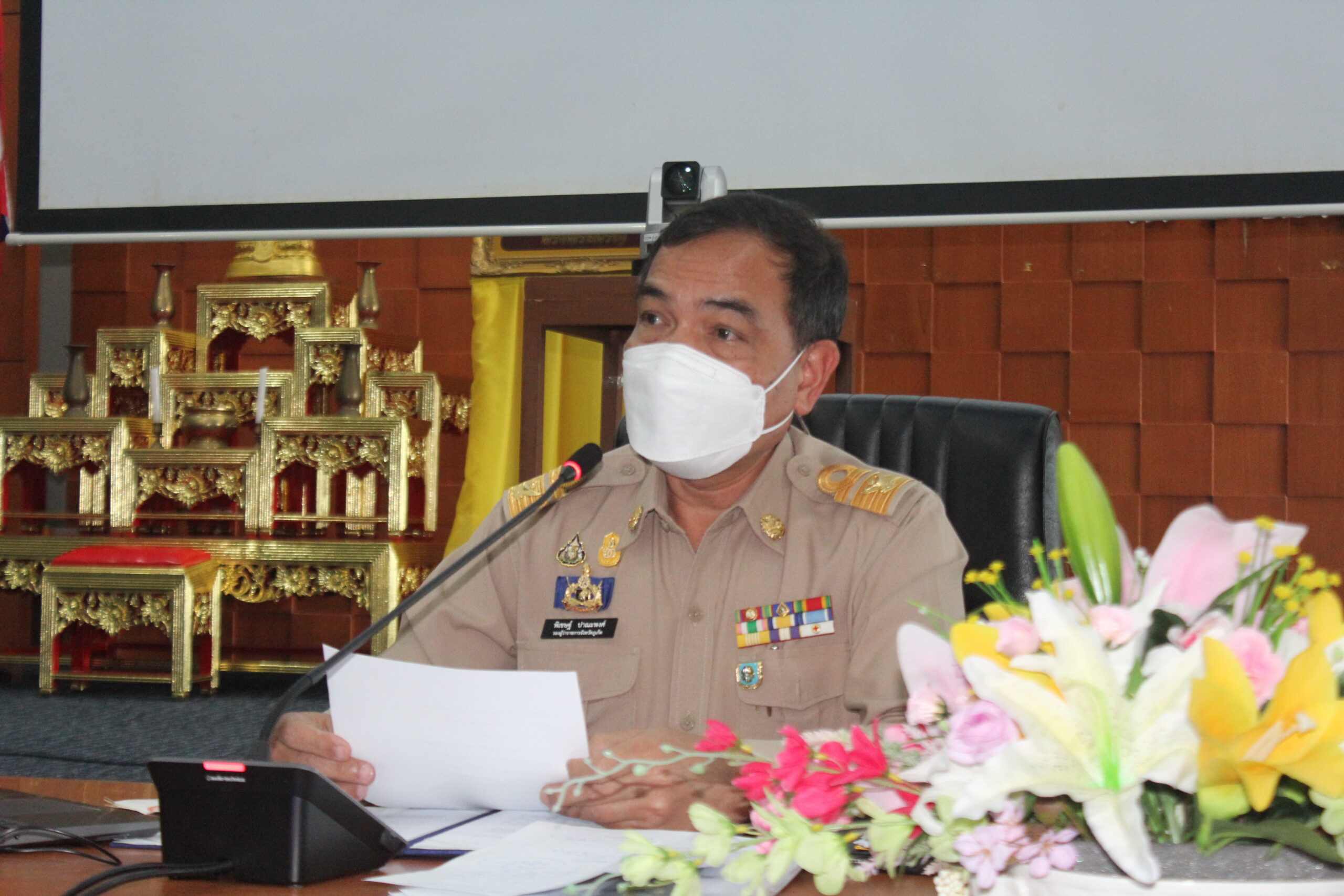 At this time, however, the approval has ONLY been given to Phuket, which is likely to cause anger from business owners in other provinces and areas, notes TPN media. The remainder of the country technically has a national ban on the service of alcohol in restaurants, and bars/nightlife have been closed for almost six months.

Phuket Governor Narong Woonciew revealed that the proposal was introduced and approved during the CCSA online meeting, chaired by the Prime Minister Prayut Chan-O’Cha, Monday afternoon.

Alcoholic beverages will now be sold and consumed in both air-conditioned and open-air restaurants under strict preventive measures as prescribed by the Phuket Communicable Disease Committee. However, pubs, bars, karaoke, nightclubs, and nightlife entertainment remain closed for now. This is murky for some establishments, however, as if a bar has a restaurant license they are able to operate.

Air-conditioned restaurants can be operated with 50 percent of their capability. Each table must be 1 meter apart and provide only 4-6 people per table of the area. They must have ventilation installed at 10 cu.m./hour/sq.m.

Open-air restaurants can be operated with 75 percent of their capability. Live music is now allowed with no more than three musicians on stage. All of them, except the singer, are required to wear masks or face shields during performances. The stage should be set up two meters away from the tables and musicians should not be mixing with patrons.

All employees in the restaurant must be fully vaccinated and tested for Covid-19 with a rapid antigen test kit once a week. Customers are also required to be fully vaccinated along with showing their ID card and proof of vaccination before using the service. (In theory, notes TPN media, it is unknown if this will be hard enforced)

If any restaurants are found to have an infection from an employee, they will be ordered to close immediately for 7 days. If a customer is found infected, they must close the service for 3 days, according to information from the Phuket Disease Committee that is subject to change.

Following the approval, the Phuket Communicable Disease Committee staged a meeting to discuss guidelines before issuing orders for Phuket province, the governor concluded.

This meeting was concluded and the order was released this morning, September 29th, 2021. Here is the order, in Thai. 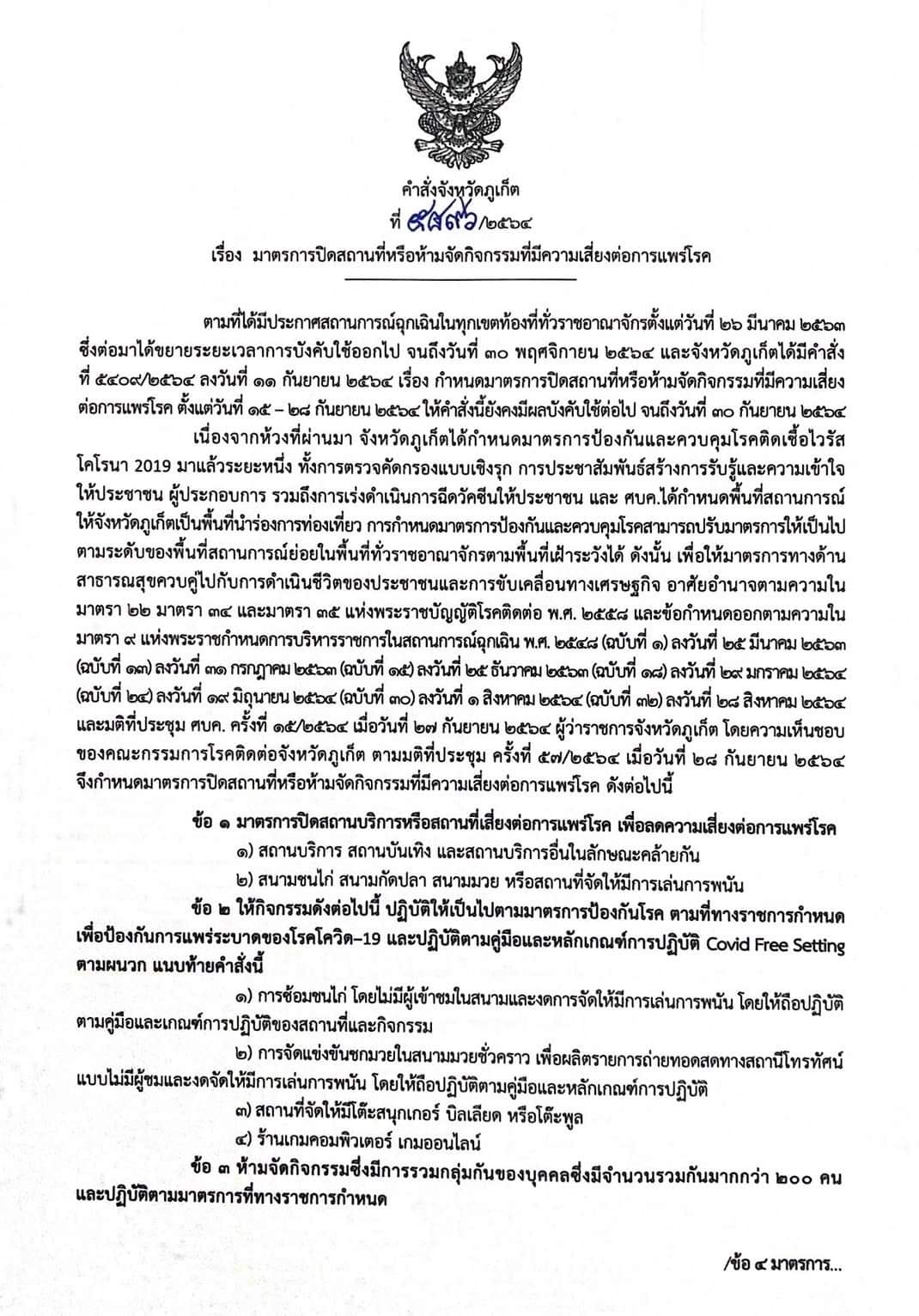 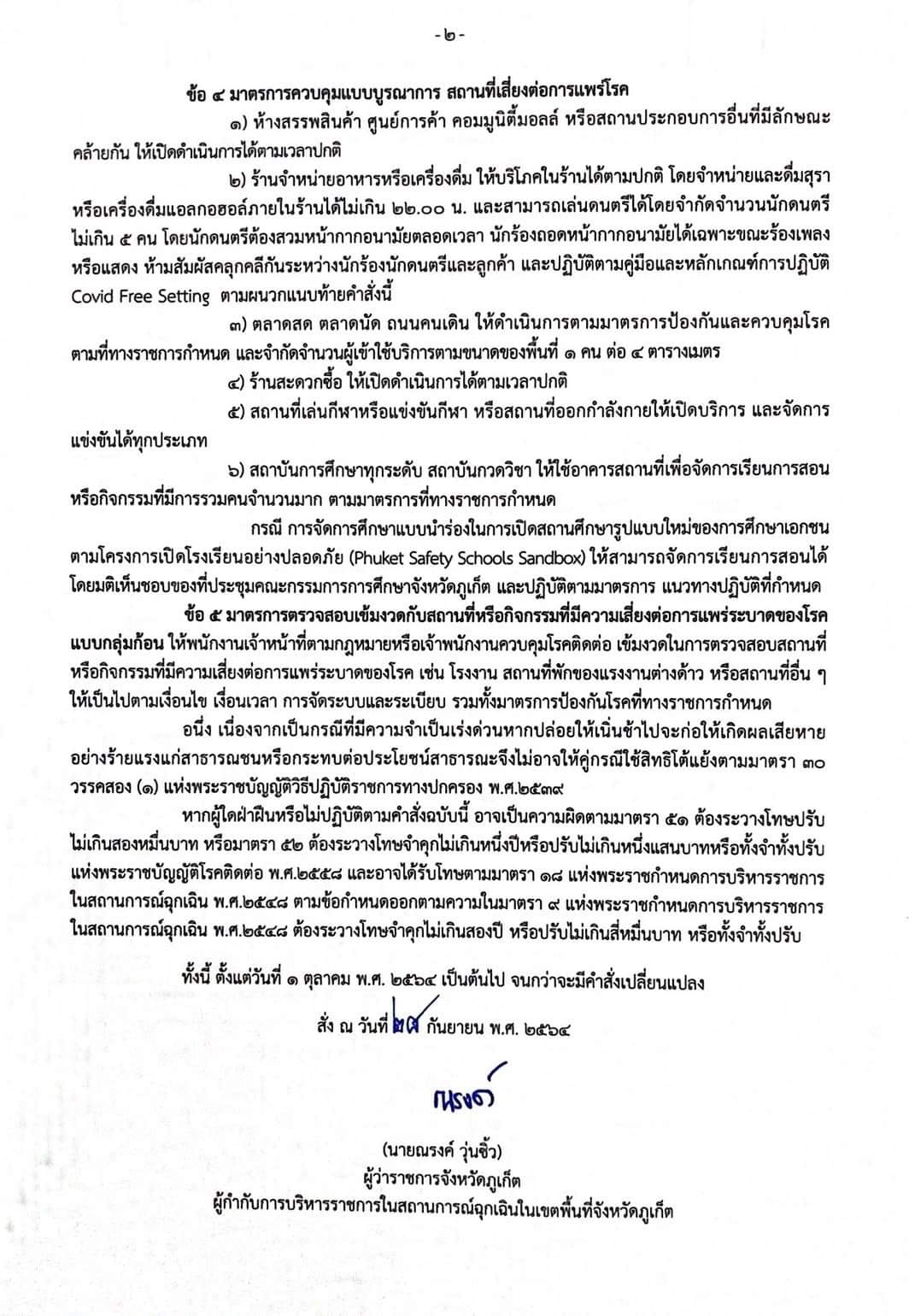