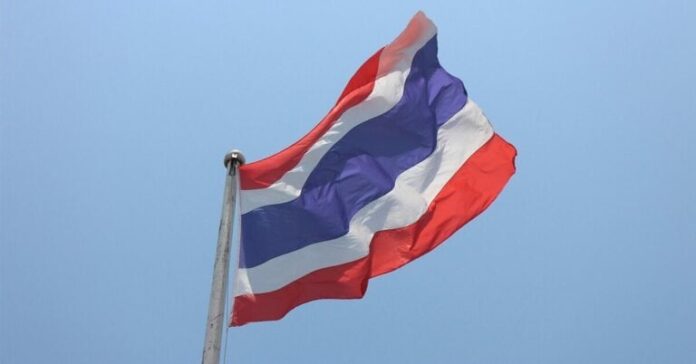 We wanted to take a moment here at TPN media to explain what exactly this is for those who may not be familiar.

A video of a local National Flag Day ceremony is here:

This is the day in 1917 when King Vajiravudh (Rama VI) issued the tricolor flag as the national flag for Thailand, which is the current design. This wasn’t the first official flag, that was in 1843, however, it is the current one. The colors stand for religion (white), red (land and people), and blue (King). This stands for what is the unofficial motto of Thailand, Nation, Religion, King. Blue was chosen as it was the auspicious color of King Rama VI. 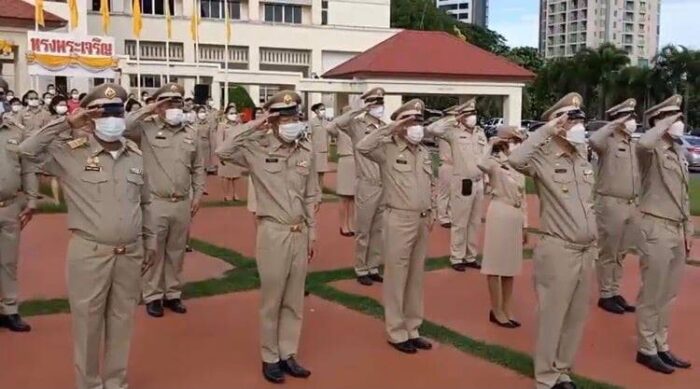 After a Cabinet resolution in 2016, the National Flag Day became an official holiday, although it is generally considered a “working day” and most offices and businesses are open unless the day falls on a weekend.

The event is marked by flag-raising ceremonies as well as officials and residents singing the Thai national anthem across the country. Due to Covid-19 this year ceremonies and events have been “toned” down to ensure they meet Covid-19 protection standards. 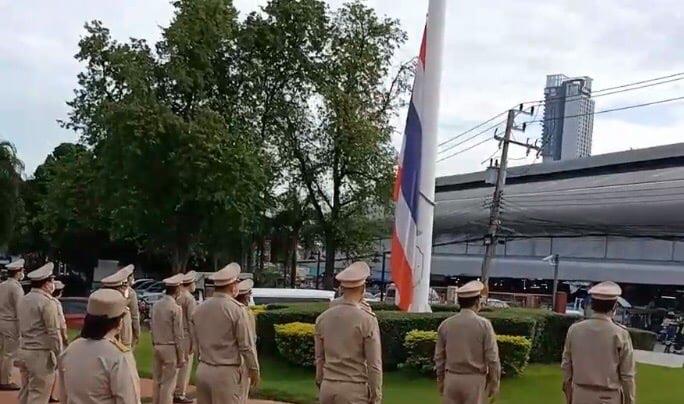 The pictures in this article are from the Si Racha Municipality which organized flag-raising events this morning involving city leaders, staff, and law enforcement with Mr. Chatcha Thimchalang, the Si Racha mayor, leading. They were taken by The Pattaya News team. The Si Racha leadership team participated in flag-raising, ceremonies, and brief speeches about the importance of the Thai Flag this morning. 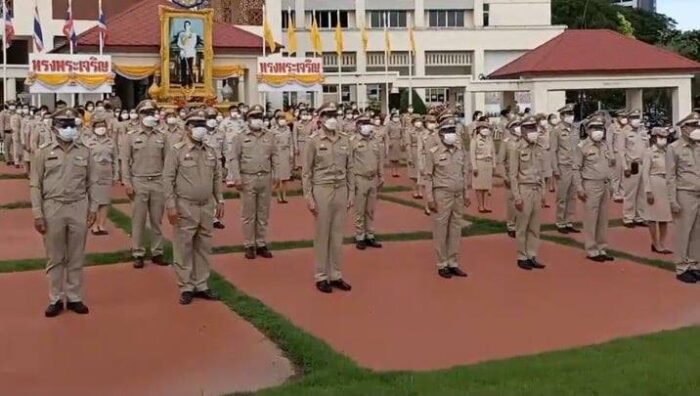