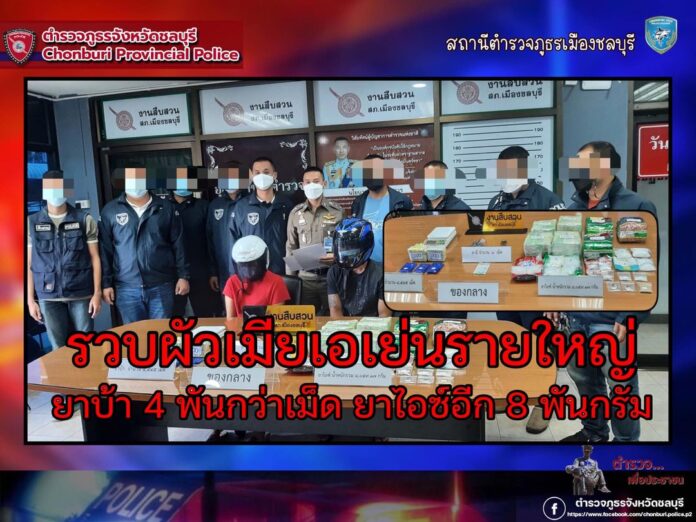 A team from the Mueang Chonburi Police arrested a husband and a wife, Mr. Surat ‘Jo’, 41, and Mrs. Prapaphon, 39. They were arrested at a banana plantation in the Surasak sub-district in the morning of September 23rd.

The Mueang Chonburi Police Chief Colonel Nitat Weanpradap told the associated Thai press, “The suspects had just been released from a prison nine months ago for selling illegal drugs, so this is not their first rodeo.”

“The couple stated that after being released they could not find work due to Covid-19 having closed many potential business ventures and were unemployed. However, they stated they had met friends in prison who invited them to join their illegal drug shipping business. They stated they got 5,000 baht for each successful delivery. They believed they would not get caught because their friends told them that police were too busy enforcing Covid-19 rules to focus on drugs. That is not the case.” Nitat stated.

“This is our biggest drug seizure recently. We are also working on identifying their “friends” who they worked with.” Nitat concluded.