Here is a look at the top NATIONAL stories, chosen by our Pattaya News/TPN National team, from last week, September 13th to the 19th, with some commentary. They are not in any particular level of importance but are listed in the order of date of publication.s 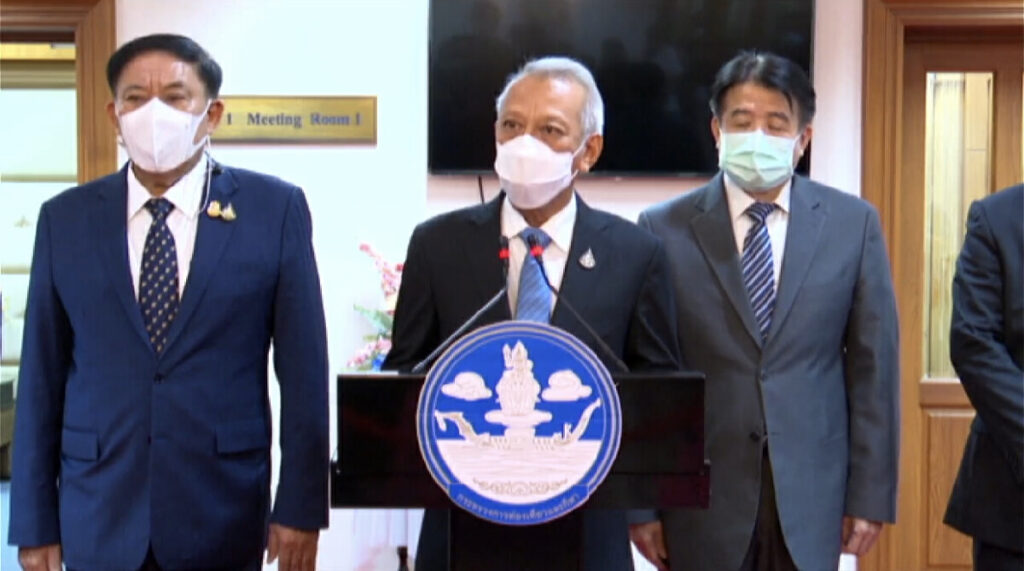 1. Pattaya “Move On” project set to join “Sandbox 7+7” extension on its proposed opening this October, Tourism and Sports Minister says

The Minister of Tourism and Sports stated during his visit to Pattaya last week that the “Sealed Area” pattern for the Move On project will be introduced to the Center for Economic Situation Administration (CESA), offering foreign tourists the opportunity to travel to Chonburi in a 7+7 plan that was already applied in Phuket and Samui islands. According to his statement, the idea was supposed to be discussed last Friday. However, there has been no official confirmation or updates regarding this matter by the officials yet.

Pattaya “Move On” project set to join “Sandbox 7+7” extension on its proposed opening this October, Tourism and Sports Minister says

The campaigns mostly granted a 10-year resident visa issuance and amendments to some relevant regulations to attract four target groups of high-potential foreigners in order to potentially boost the domestic economy. The government expected that the campaigns, if the final regulations are published in the Royal Gazette, would generate the country’s income of about an additional 1 trillion baht per year. More details can be found in the full article below.

The government has planned certain steps to accelerate Pfizer vaccine injections to students aged 12-18 nationwide. According to the Public Health Ministry plan, the first injection will begin in the first week of October and some children will receive the second dose at the end of October. All registered students are expected to gradually receive the second shot by November 15th before all educational institutes could fully operate on-site learning. The plan also covers teachers and staff, including foreign teachers, to be vaccinated as well as regular testing of students at schools.

The CCSA has rejected the Tourism and Sports Minister’s previous announcement of welcoming vaccinated foreign tourists without quarantine to Bangkok from October 15th, stating that the matter is not yet considered and approved by any relevant authorities yet and must be proposed by the Public Health Ministry only for further consideration. Bangkok Governor Aswin Kwanmuang, who had reportedly joined a meeting with the Tourism Minister, also stated a similar rejection that the Bangkok Sandbox scheme could not be operated as less than 70 percent of the capital’s population is fully vaccinated. This is not a permanent rejection, however, merely a further delay until more of the population is vaccinated, possibly by mid to late October.