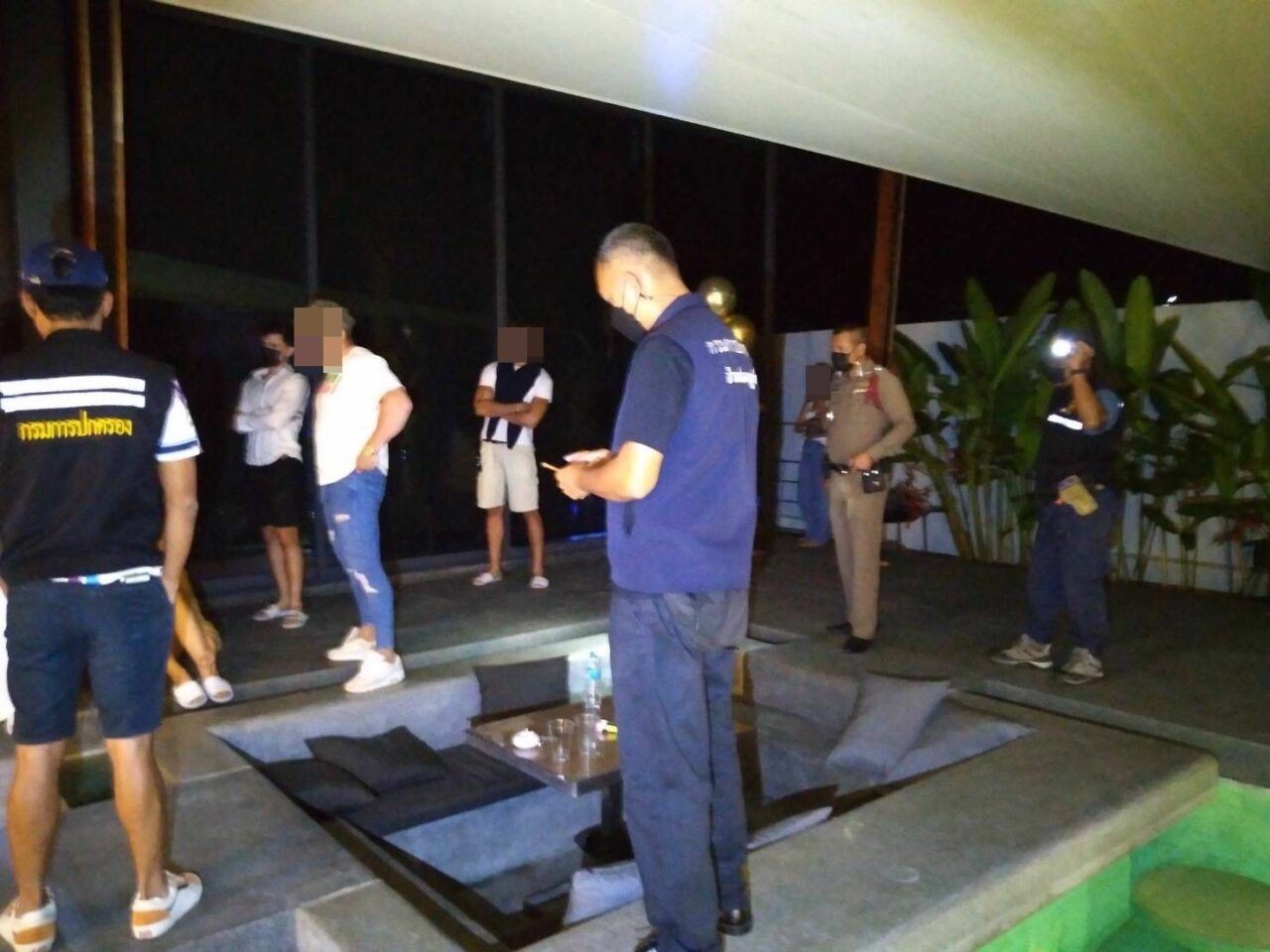 A group of 19 Thai and foreign alleged partygoers were arrested at a luxurious villa in Phuket in the early hours of yesterday, September 19th, for reportedly gathering and partying, violating Phuket provincial orders to prevent the spread of Covid-19 Coronavirus.

Under current Covid-19 rules in effect in Phuket, holding parties and social gatherings based around alcohol remains against the law. Legally, all bars remain closed and restaurants are not supposed to be serving alcohol nationwide due to orders from the Center for Covid-19 Situation Administration, or CCSA, in effect for almost six months. TPN media notes, however, that many “on the ground” reports from the island state that legal orders and enforcement are two different things. Phuket authorities seemingly have had enough of people violating the rules according to their own recent statements.

The police arrived at the scene at around 1:00 A.M. on Sunday morning after being alerted of an illegal gathering at the private residence in the Rawai sub-district of Mueng district. The report came from an anonymous tipper who was concerned about the potential spread of Covid-19 and wanted to protect the health of the community, according to police. Upon arrival, a group of party-goers reportedly attempted to close the front door and block the officials from getting in. A foreigner reportedly kicked an officer to prevent him from entering the scene, turning the inspection into an assault. 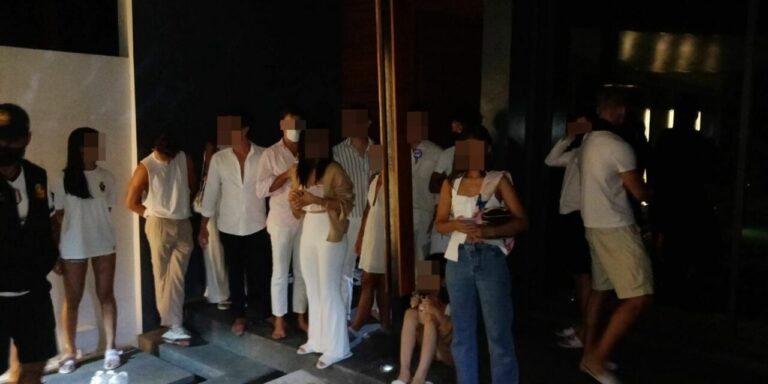 A secondary group of police managed to gain access to the property after party-goers attempted to block the first group and discovered a group of suspects were drinking and dancing by the villa pool, which is against the Emergency Decree banning parties and social gatherings. All of them were detained and taken to the Chalong Police Station for further questioning.

Initially, they were charged for violating Article 4 of the Phuket Provincial Order regarding the prohibition of activities that are at risk of spreading the disease, including organizing festive parties, banquets, birthdays, celebrations, or similar activities. 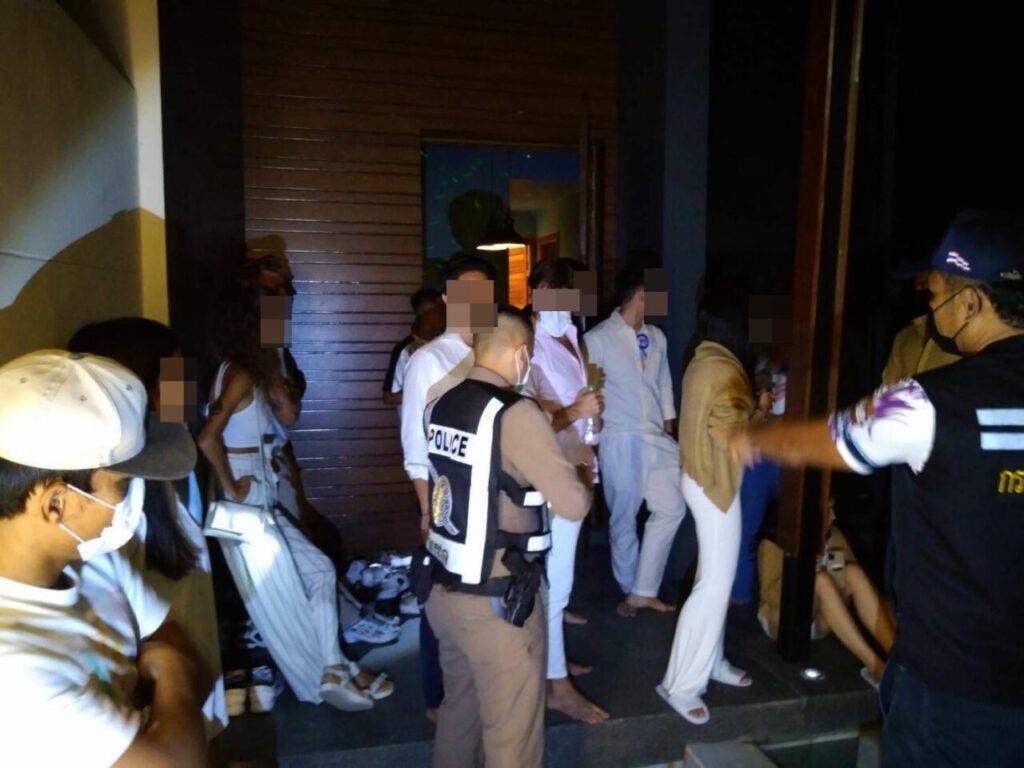 Further investigation also revealed that the foreigner who allegedly attacked a police official was the house owner. He was also charged for physical assault against the officer while on duty, although his name and nationality were not given by police who cited an ongoing investigation and interrogation of the suspect.

This raid followed another raid in Koh Samui a day earlier involving a group of people also reportedly drinking and playing pool at a restaurant.  This incident sparked widespread negative comments online on social media, with people asking how Thailand could expect to restore tourism if the police continue to raid parties, bars, people drinking in small groups, and restaurants providing entertainment.

Law enforcement, meanwhile, has defended the raids and stated they are merely following the orders and rules currently set by the CCSA and provincial governors around Covid-19. According to Phuket and Koh Samui police, they don’t set the rules and will continue to enforce them until the government relaxes Covid-19 measures around entertainment venues and social gatherings.