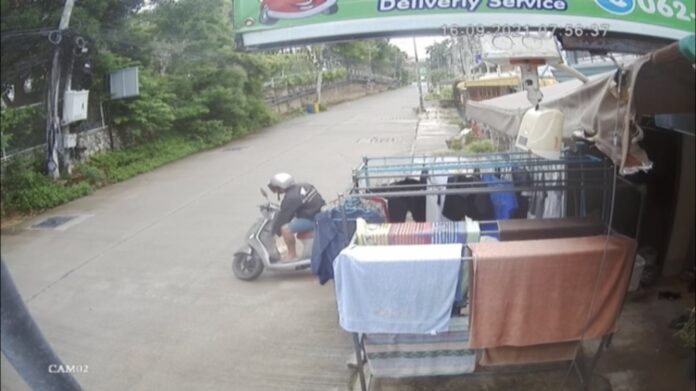 A thief was caught red-handed on CCTV while he was reportedly stealing women’s underwear at a laundry shop in the Pattaya area late last week.

Ms. Onuma, who goes by one name, 36, is the owner of a laundry shop in Soi Kasetsin, Nongprue. Onuma told The Pattaya News that on the morning of Thursday, September 16th, at just before 8:00 A.M., a male thief who was on a motorbike stole a total of eight women’s panties that were hanging on a clothesline to dry in front of the laundry shop following a recent washing.

CCTV footage shown to The Pattaya News team appears to show the thief was wearing a helmet and stole the underwear quickly before speeding away.

Ms. Onuma told reporters, “I wanted to ensure the media was aware of this incident and have already filed a police report over the past weekend. I am afraid that this person may be a very disturbed individual and he needs to be caught.”

Pattaya law enforcement confirmed they have seen the CCTV footage and are attempting to locate the suspect based on the license plate on his motorbike. As of press time, however, the thief remains at large. 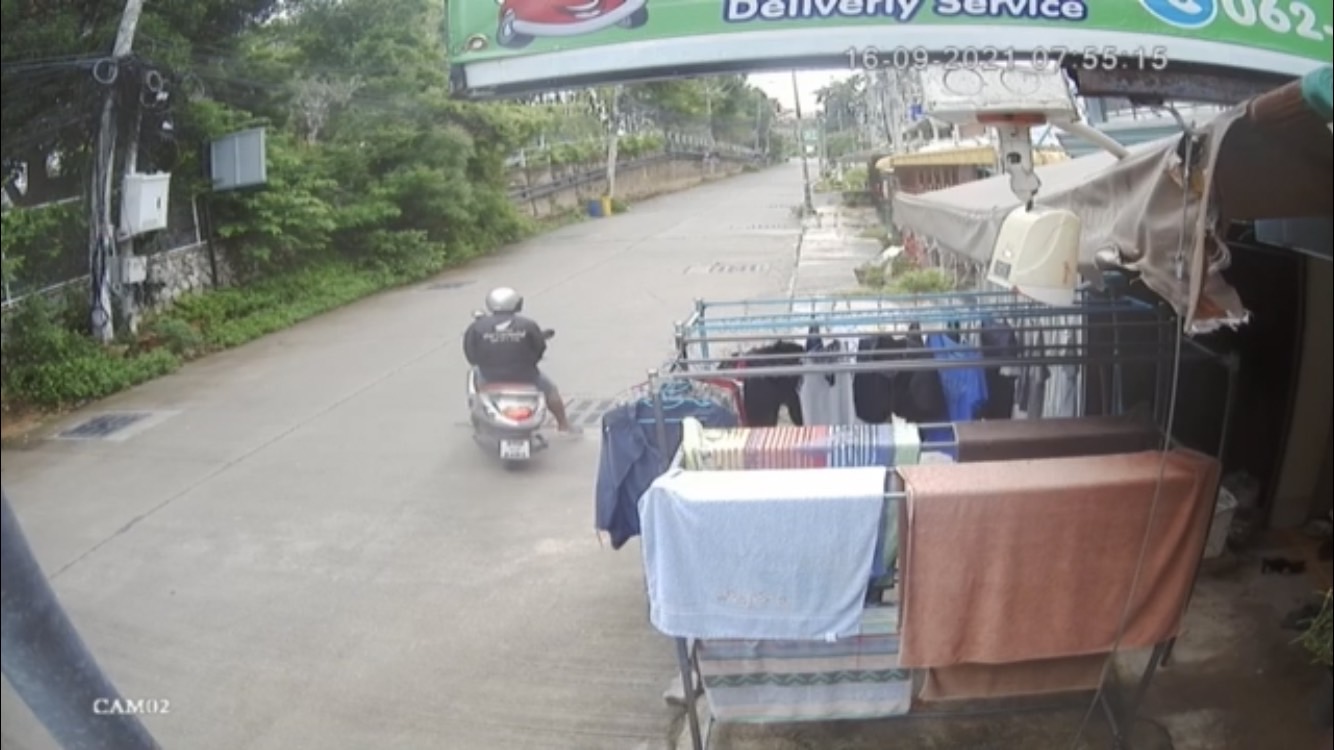