The pro-democracy group “Thai Mai Ton” in Pattaya gathered at Pattaya Klang (Central) road this afternoon, September 19th, to stage a protest for the 15th anniversary of the 2006 coup that toppled former Prime Minister Thaksin Shinawatra.

First, a video of today’s protest from our staff with English commentary:

According to the protesters, the 2006 coup was considered to have worsened Thailand’s politics and moved the country backward, resulting in a decade of a political rut. The local protest was organized alongside a major one in Bangkok and several provinces nationwide.

Some local protesters were giving political speeches on a stage they built not far from Beach Road to reflect on the military coup and to demand the resignation of Prime Minister Prayut Cha-O’Cha and his government. Pattaya law enforcement officers stated the stage was built illegally and without prior permission from authorities and was blocking traffic. Approximately less than 100 protesters were seen at the site today due to weather conditions, according to organizers. TPN media does not calculate crowd sizes as a general policy ourselves.

Officials from Pattaya City Police Station, along with administrative officers from the Bang Lamung District and Pattaya City officials, were deployed at the scene to monitor the situation and maintain peace and order. The demonstrators were ordered to stop the gathering within 30 minutes around 4:00 P.M. as they were violating the Covid-19 Emergency Decree but the group, led by Wan Chalermkunsen, insisted on continuing the gathering, which was peaceful.

Due to Covid-19, all protests, rallies, assemblies, and other events are currently banned. Thai authorities say the ban is not political and is meant to stop the spread of Covid-19, however, many protesters disagree, pointing out that those attending were wearing masks and social distancing and most have been fully vaccinated against the disease.

The rally peacefully ended after dusk and Pattaya law enforcement decided to not forcefully break up the protest. It is unknown if any potential charges will be placed against the protesters or protest organizers who have repeatedly put together assemblies and car rallies in the area for several months. Their primary complaints are with the Prime Minister and Covid-19 related policies that have seen the economy devastated in Pattaya and months of crippling restrictions and closures that have heavily impacted the tourism and nightlife industry in particular.

The protest organizers have vowed to continue to hold regular protests against the government and Covid-19 restrictions and measures that continue to see Pattaya under a curfew and with many closure mandates and rules.

The same protest group had just held a “car mob” rally to protest the Prime Minister’s visit to Chonburi last week. You can click here to read more about this particular rally. 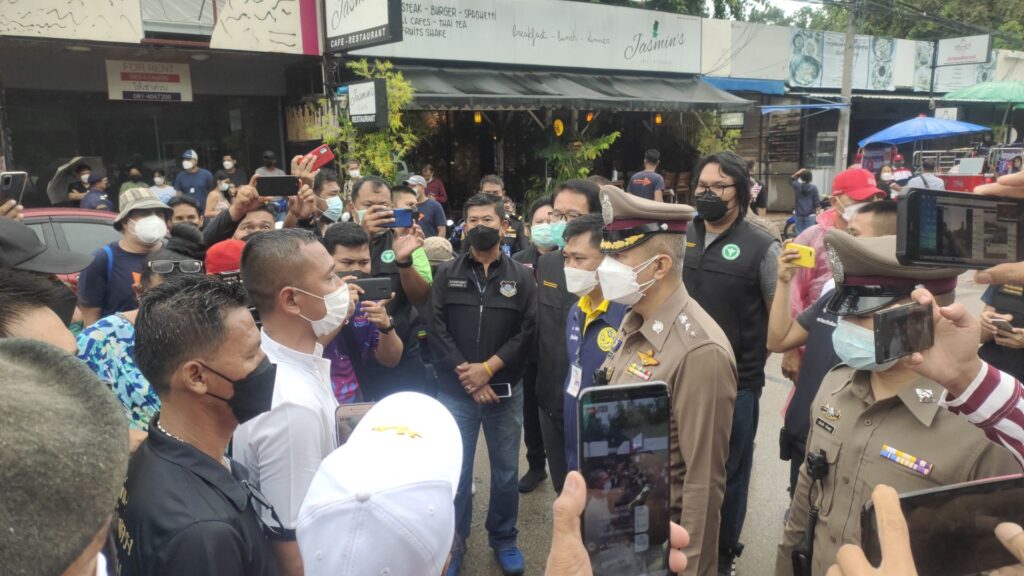 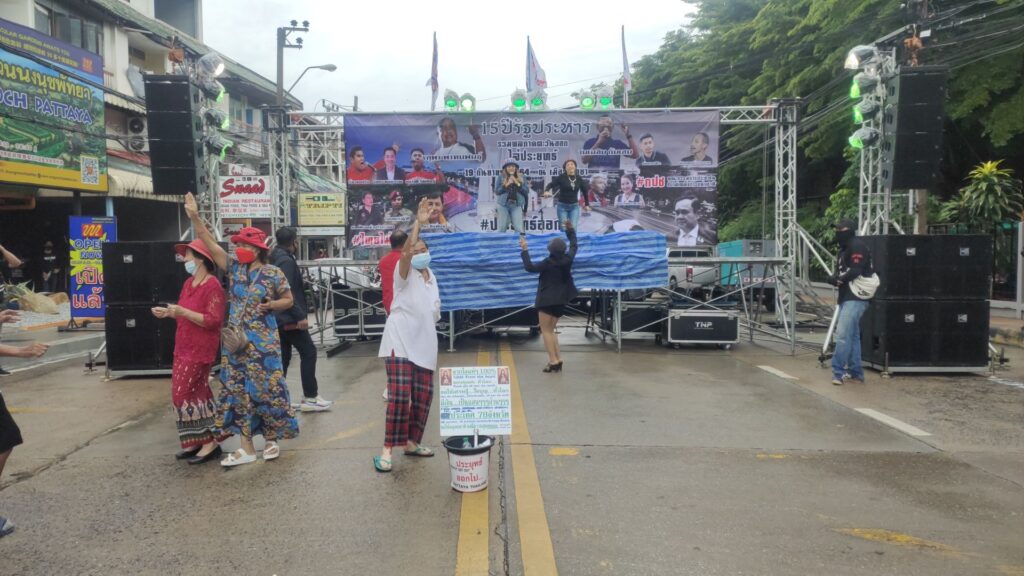