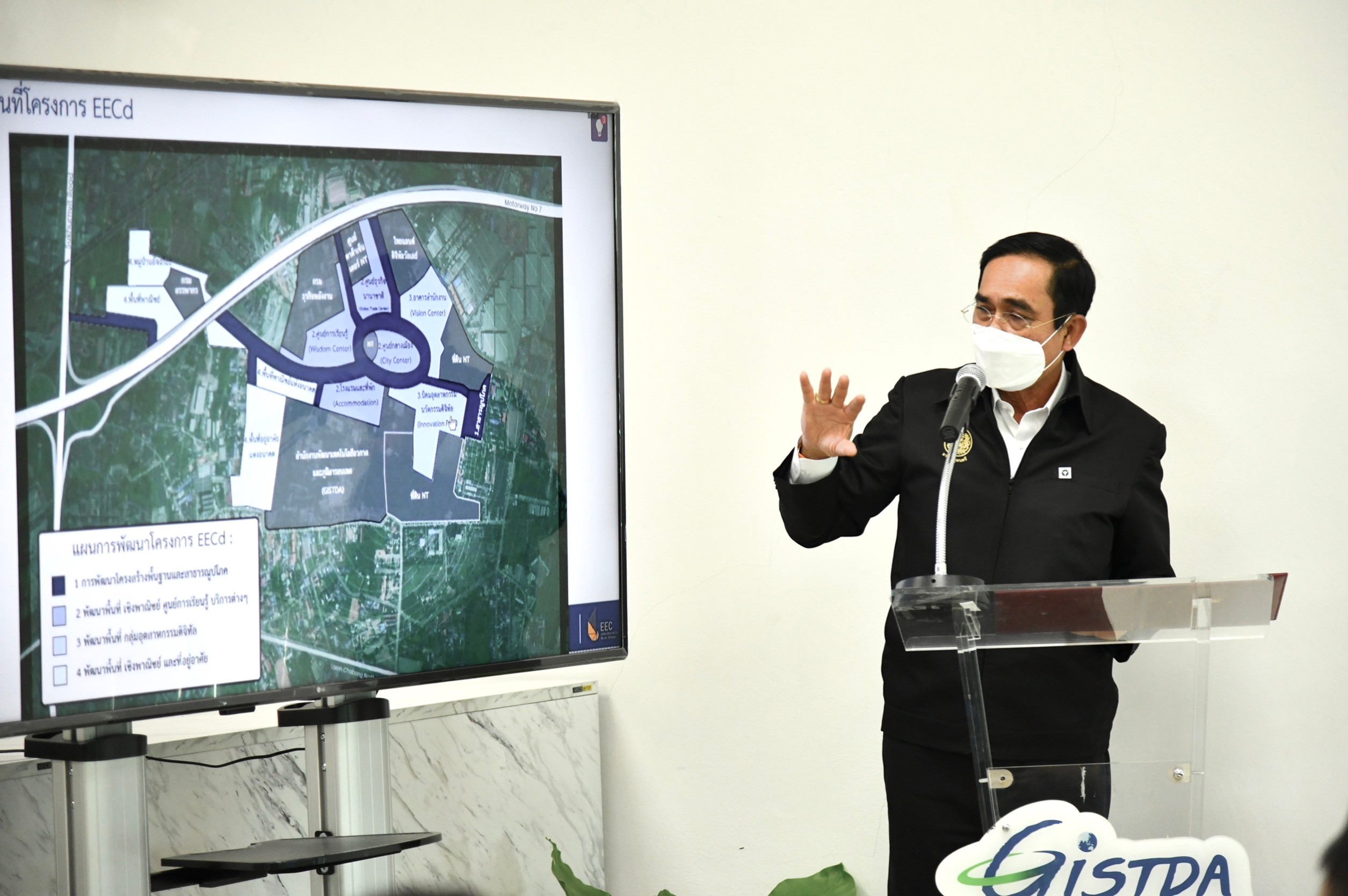 PM Prayut has encouraged staffers at GISTDA to continue their work on technology development which is supporting the country and reinforcing the digital community as well as improving businesses. 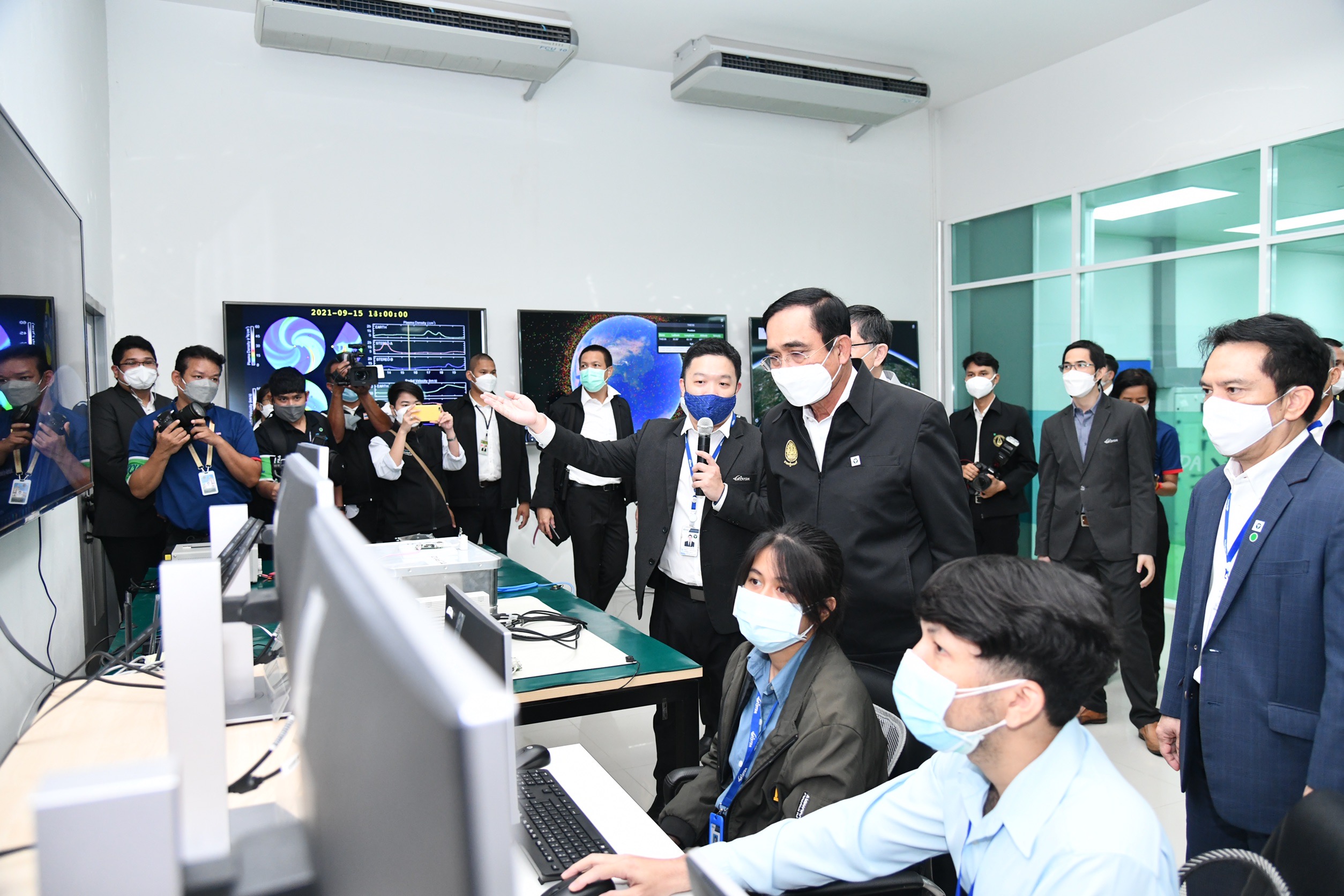 PM Prayut then proceeded in the afternoon to visit factories in the Factory Sandbox project which is a model project to prevent and control the spread of disease in factories at the Mitsubishi Motor company in Laem Chabang, Si Racha. He specifically was interested in visiting Japanese-owned factories that have invested significantly in their operations in Thailand and showing the support of the Thai government to keeping them running safely while allowing thousands of people to stay employed. TPN media notes that some other countries, such as Vietnam, have largely shut down most factories during lockdowns and restrictions while Thailand has done, according to the PM, everything in their power to keep factories running while controlling Covid-19. The countries that have shut down factories have reportedly caused some foreign investors to consider leaving.

Groups of Japanese businessmen that met with the PM this afternoon gave several ideas around supporting businesses in Chonburi and Rayong which were: 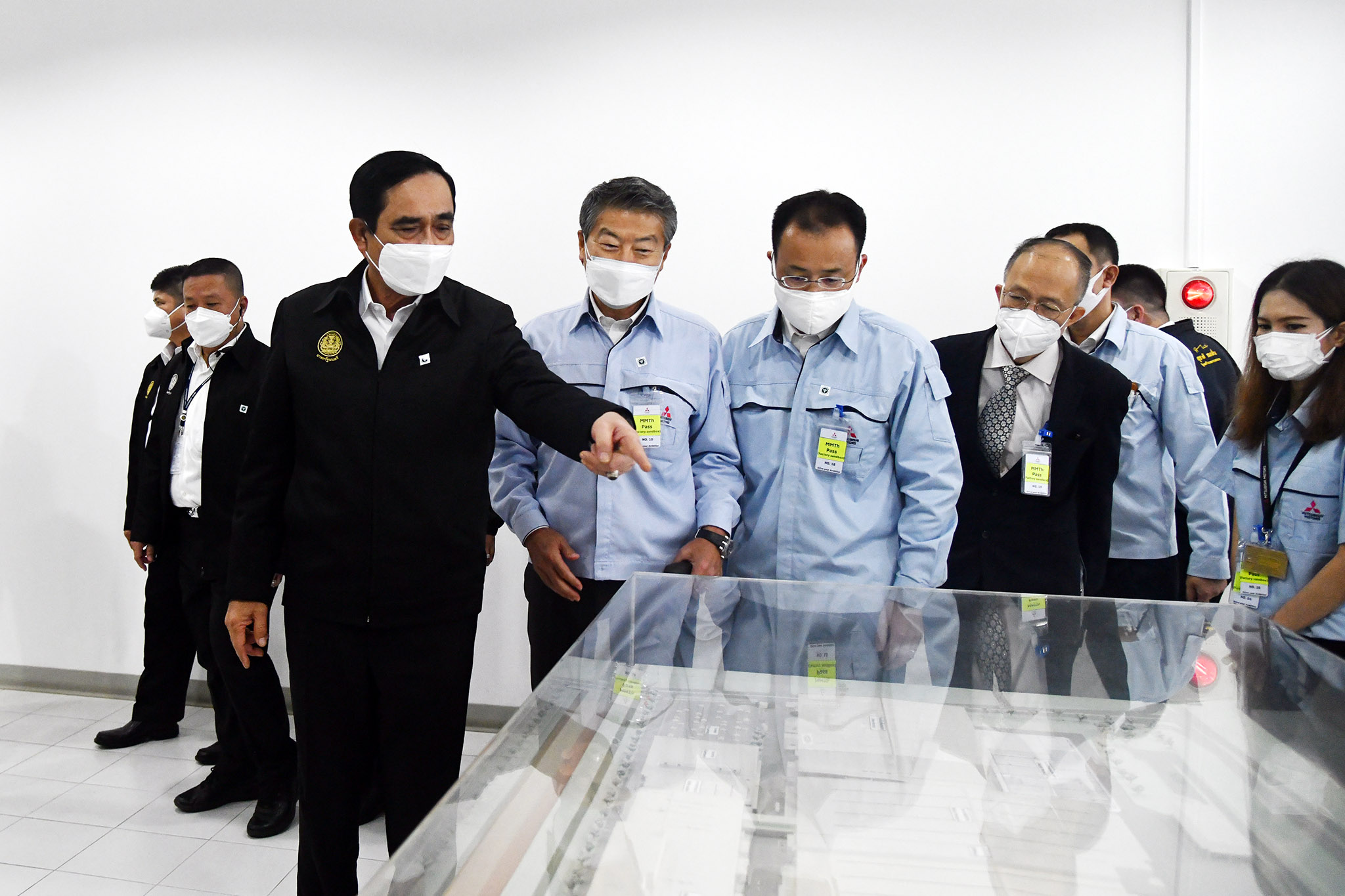 PM Prayut told the press and those gathered today, “Thank you to all the Japanese companies and factory operators in Thailand, including the Japanese Prime Minister who has had an excellent relationship with Thailand for a long time.”

“Thank you to the Japanese businessmen who are confident in investing in Thailand. We will get through this crisis together and we understand how important it is to keep their factories and livelihoods running successfully and safely without shutting them down.” The PM added.

“We are trying to get as many people vaccinated as we can especially staffers who are in the production system. I am not pleased with the number of deaths from Covid -19 and we must accelerate our efforts even further.” The PM concluded.

TPN media notes that not everyone was pleased with the PM’s visit, as you can read here. 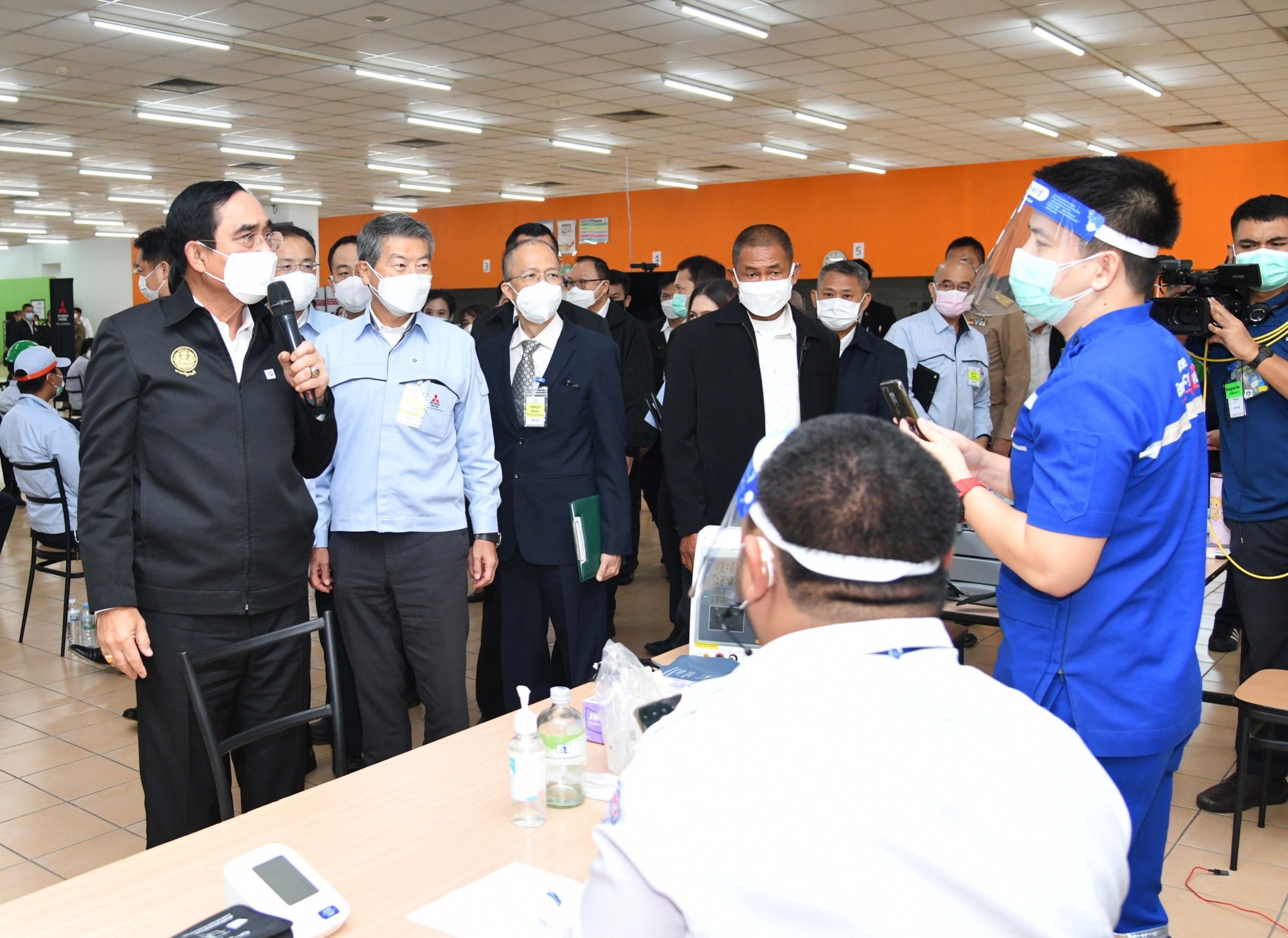