A foreign rescue volunteer has bought rescue boats and given assistance to a prominent rescue team in Pattaya during heavy floods recently.

First, a recap of the floods in question:

Last week some local residents suffered from flood-related damage to their houses after morning storms pummeled the Banglamung area.

Some Pattaya residents still recovering from flooding and torrential rains

Many local rescue workers helped locals in need during the recent flooding including the foreign rescue volunteer.

His name is Mr. Ron Tameir, Israeli. He is a consultant with the Sawang Boriboon Pattaya Rescue Team.

Mr. Tameir has bought boats and rescue equipment for the team to help locals not only during flooding and the rainy season but also marine and road accidents, fires, and other local needs.

Mr. Tameir told the associated Thai press, “I was a businessman in Israel before moving here. I have a Thai wife and I am in love with Thailand.”

“I started to work with Sawang Boriboon two years ago as I wanted to give back to the local community. Sometimes, they were unable to help those injured as there was limited appropriate equipment.” Mr. Tameir explained.

“So, I bought equipment for Sawang Boriboon, which is non-profit and didn’t have the funds themselves, especially during the Covid-19 crisis, such as a hydraulic cutter, boats, and marine equipment.” Mr. Tameir stated.

“I am happy to help others. Last week we helped locals and bedridden residents who were stuck in floods at Pattaya area homes. We also helped broken motorbikes and cars stuck in deep water.” Mr. Tameir concluded.

Sawang Boriboon has graciously thanked Mr. Tameir for his assistance with the equipment and supporting the local community. 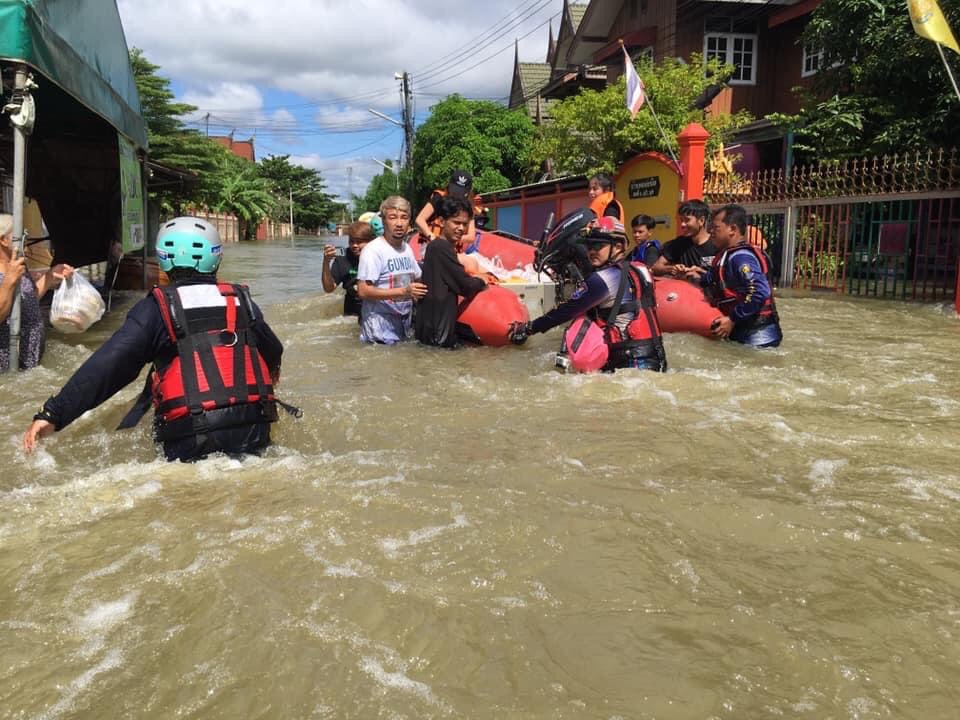