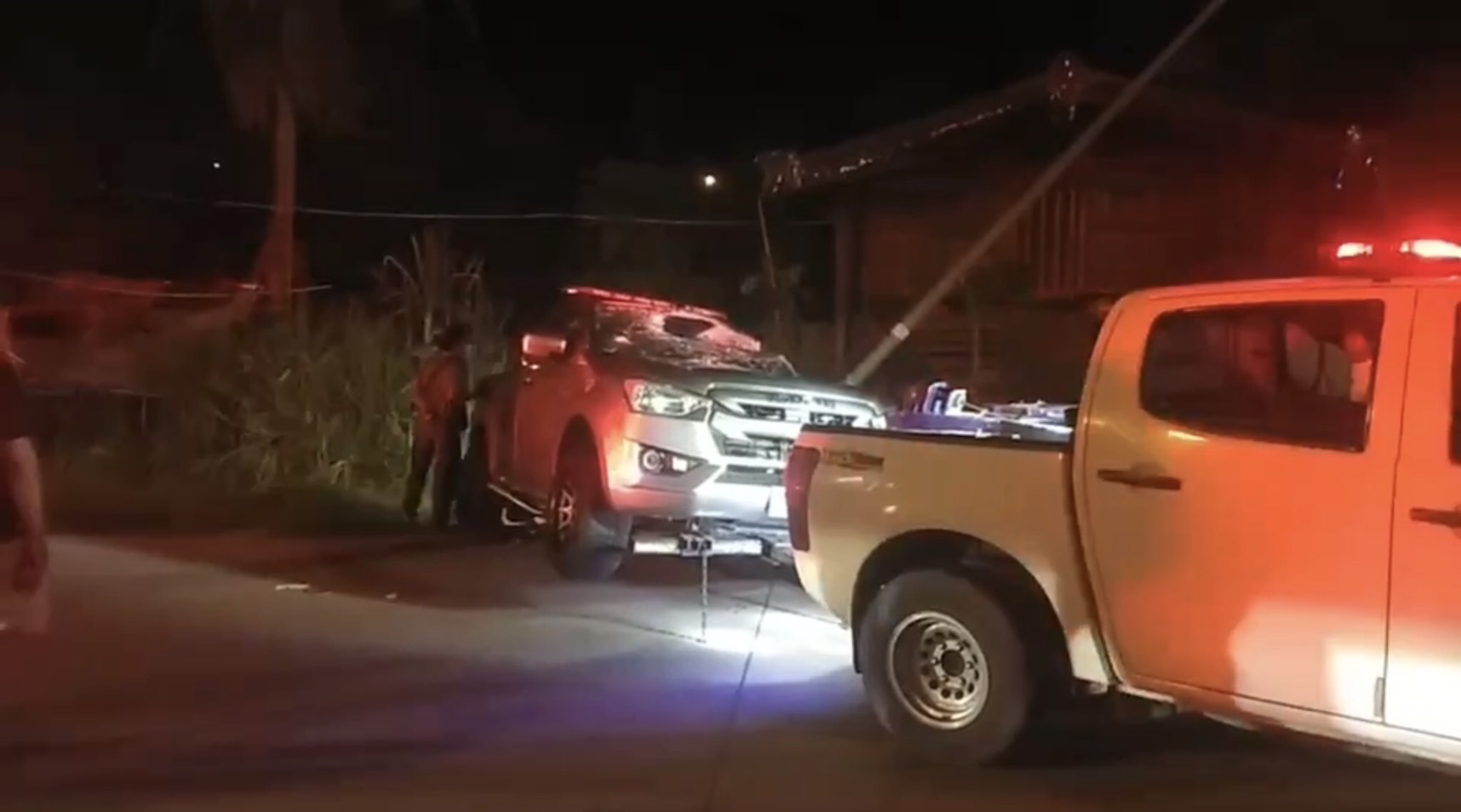 Three people have sustained injuries after a pickup truck driver collided with a power pole in the Pattaya area early yesterday morning.

First, you can see a video version of this story below:

The Banglamung Police were notified of the accident at 1:45 A.M. yesterday (September 13th) in the early morning on Motorway 7 Section 5 in Pattaya. TPN media notes this was during a current mandatory Covid-19 curfew and it was unclear if those involved had a permit to be out during the curfew time.

Emergency responders and The Pattaya News reporters arrived at the scene to find a damaged grey pickup truck that had been converted into a tow truck that had collided with a power pole at a curve in the motorway.

Three people, who were not immediately identified by Banglamung police, were stuck inside the cab of the damaged pickup truck. They were taken to a local hospital.

Residental homeowners who live near the scene of the accident told Banglamung police they heard a loud engine gunning many times before the pickup truck crashed.

Banglamung Police noted to Pattaya news reporters that they are continuing their investigation to determine the exact sequence of events that led to the accident. The three injured occupants of the pickup truck remain at a hospital as of press time, however, their condition was not immediately known. 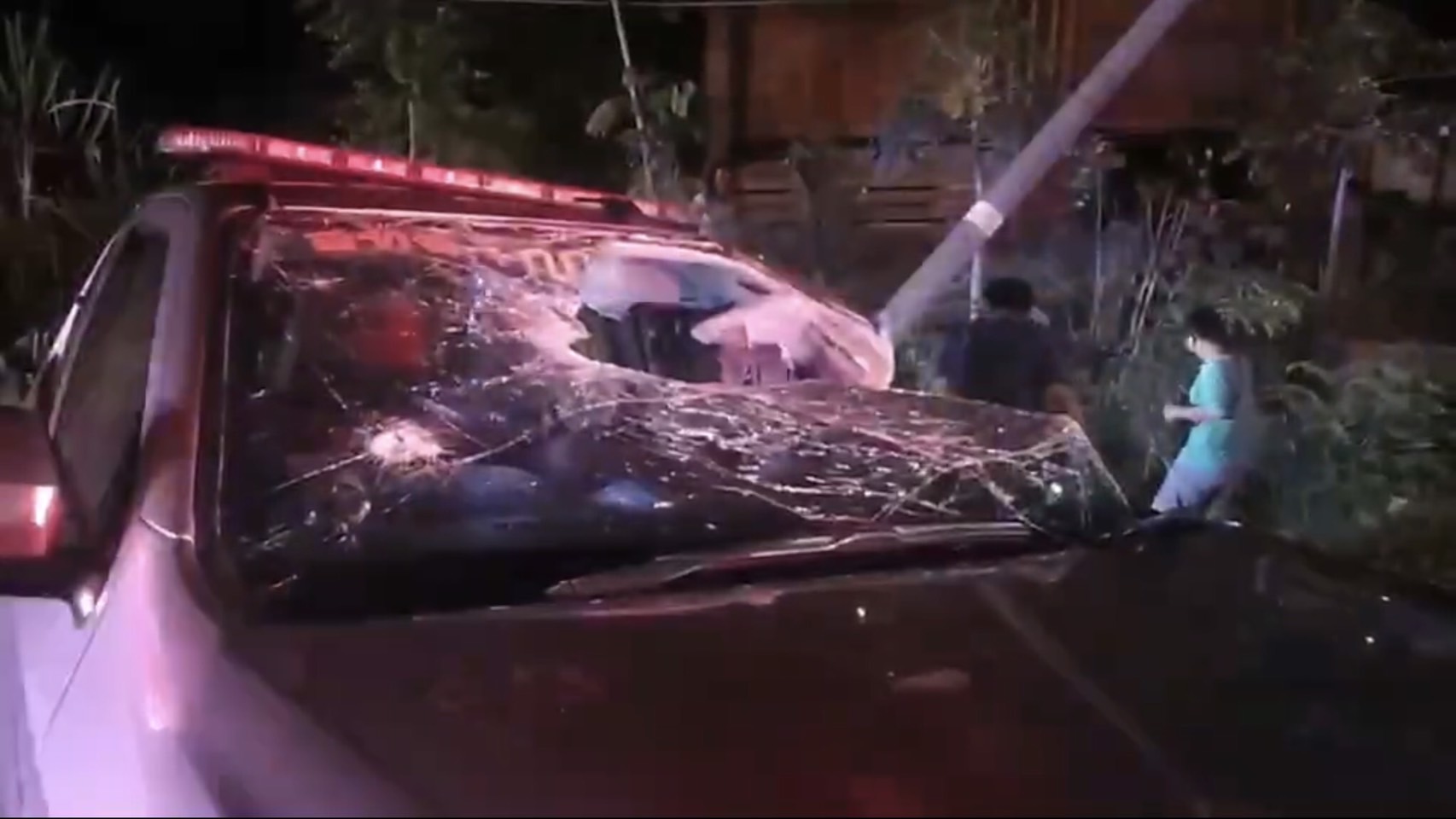