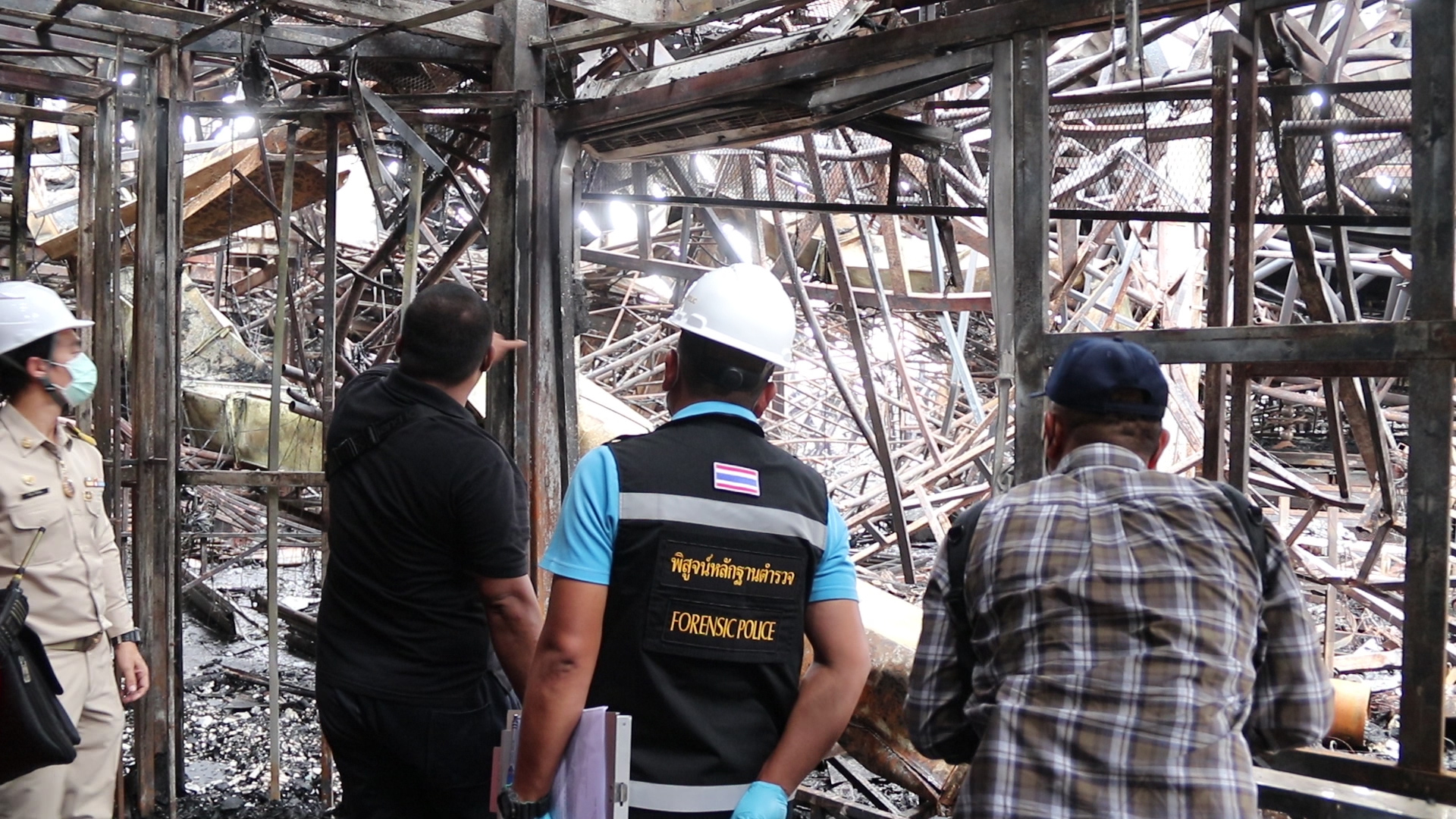 First, a recap of our coverage so far:

A major fire broke out last night (September 12th) during mandatory Covid-19 curfew hours at a closed nightclub on Walking Street in Pattaya, causing an estimated millions of baht in damage according to fire officials.

A team of police led by Lieutenant Colonel Tachakorn Chaiyasit from the Forensic Region 2 Police went to the scene at Nashaa nightclub this afternoon. The area has been blocked from public access while the investigation continues, as well as from private access including staff members of the nightclub. Reporters were given only limited access to the heavily damaged interior of the disco, seen below, due to concerns about the building suffering a further collapse. 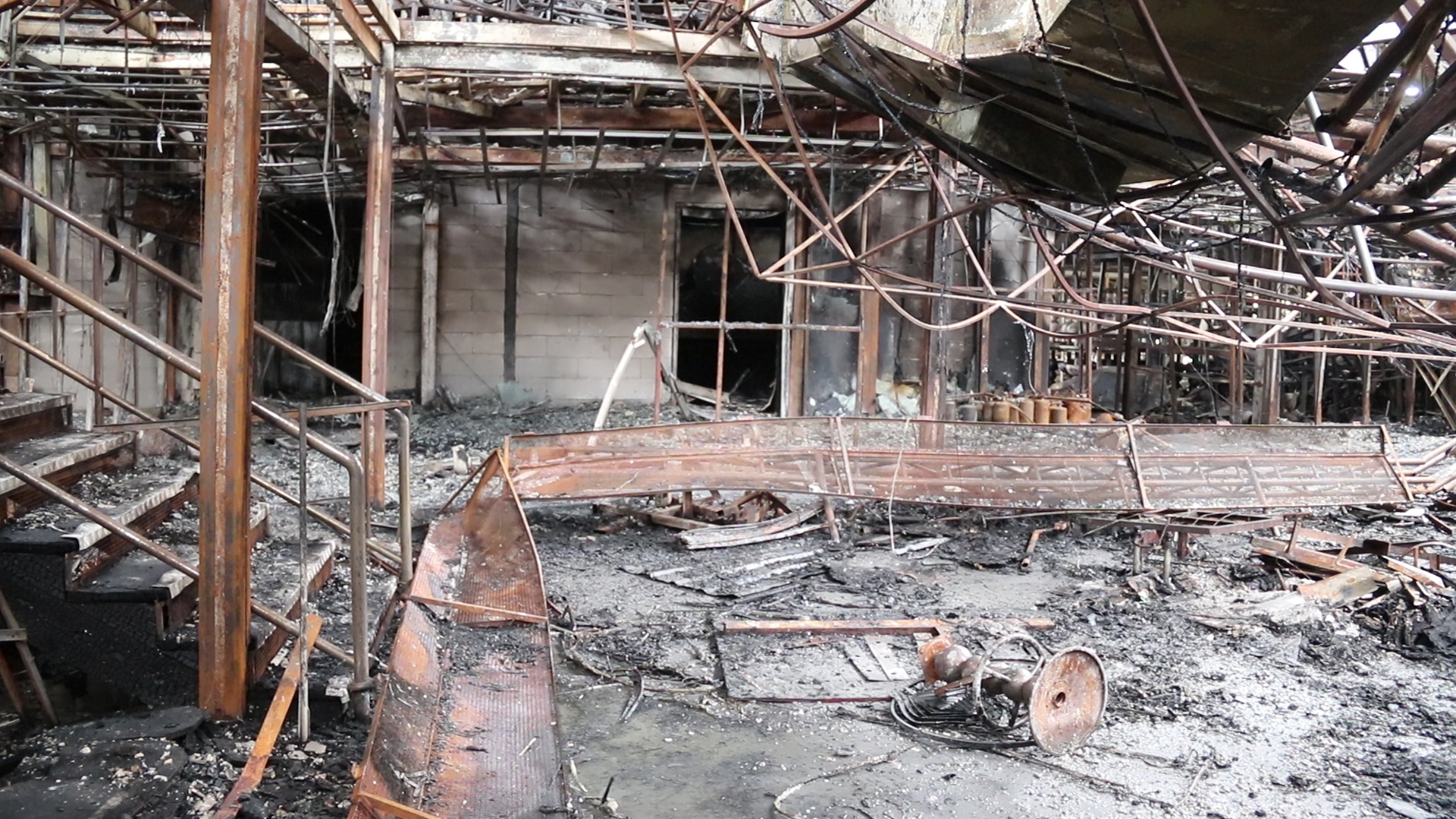 Even though the fire had been under control since the night before, fire fighters were continuing to spraying the remains of the venue with water to prevent any fire from sparking from potential embers. Lieutenant Colonel Tachakorn told The Pattaya News, “The nightclub was roughly two floors which were decorated with items that easily caught fire.”

“On Tuesday, September 14th the forensic police will inspect the scene again as the building is not safe as of right now. Engineers and structural analysis teams have asked for more time to ensure the building is safe before we conduct a full investigation. Additionally, we want to fully ensure there are no more smoking embers or the possibility of further fire.” Tachakorn added. 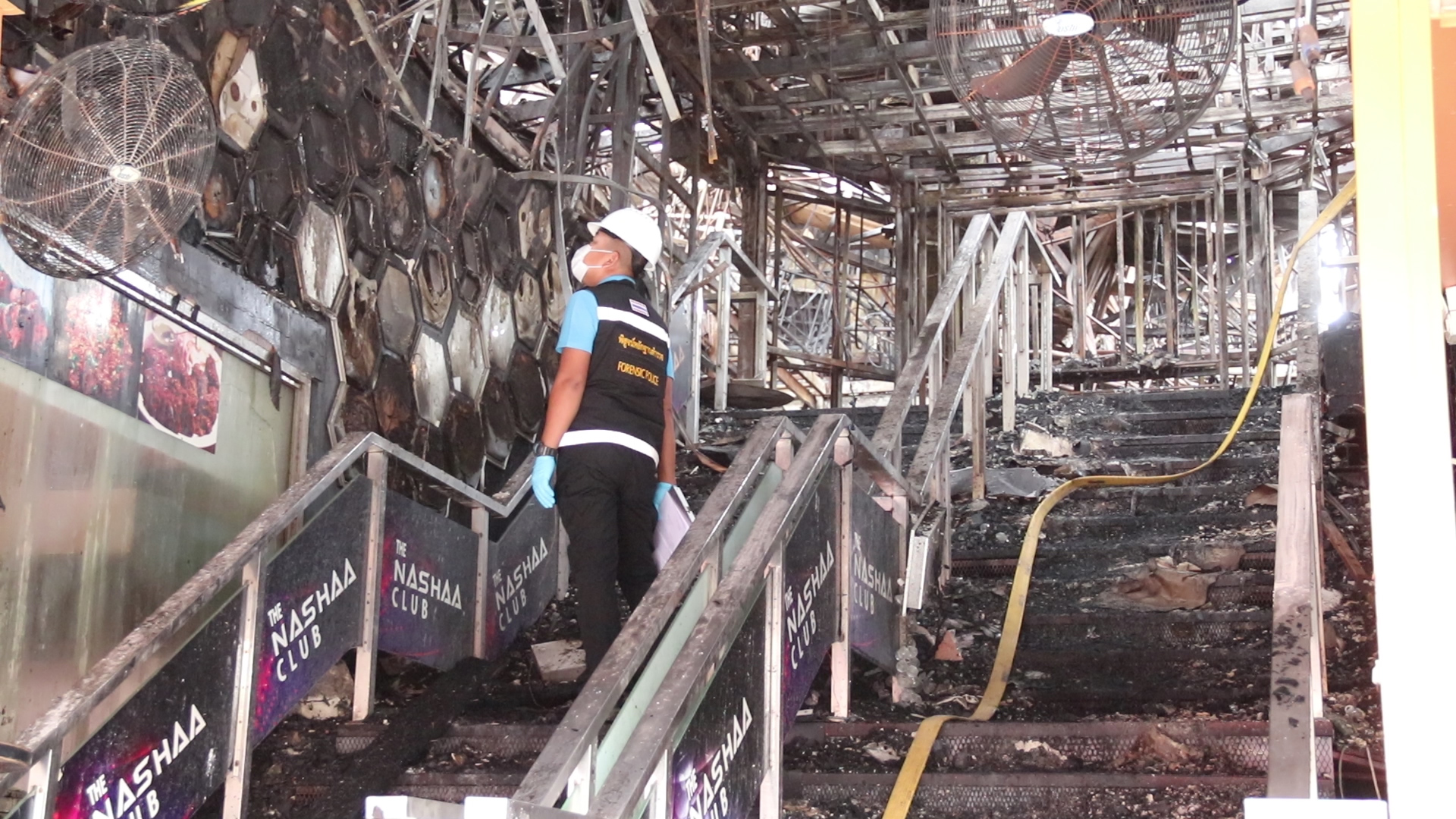 Police have yet to identify the cause of the fire. Additionally, Nashaa nightclub made a post on their social media this morning assuring their customers that they would rise once again but also requesting that people not speculate as to the potential cause of the blaze before law enforcement completed their investigation. There were no injuries or deaths as a result of the blaze, driven by the fact that there was a curfew during the time of the fire and that nightlife and clubs have been closed for over five months due to Covid-19 concerns. There was at least one watchman on duty during the time of the fire who escaped without injuries.

TPN media will continue to provide further updates on this story on both our website and social media channels listed below.