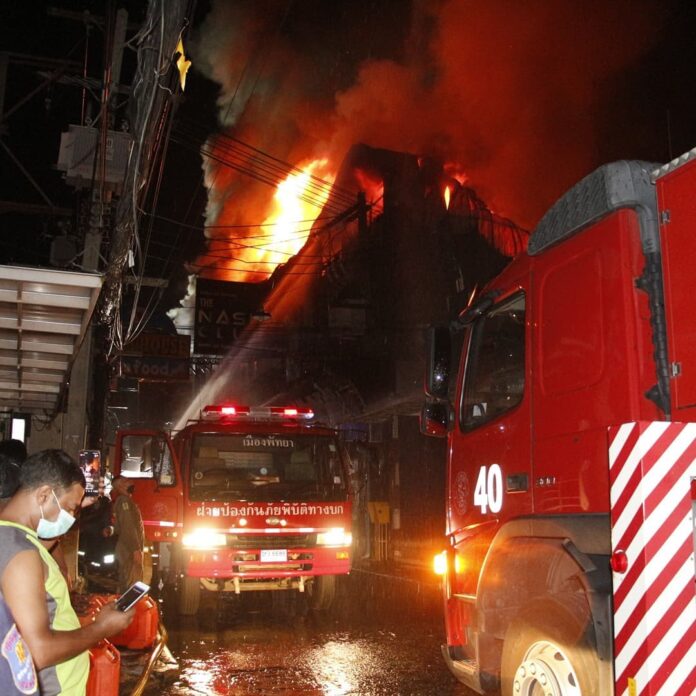 A major fire broke out last night during mandatory Covid-19 curfew hours at a closed nightclub on Walking Street in Pattaya, causing an estimated millions of baht in damage according to fire officials.

The fire took place at the Nashaa nightclub, located on the South end of Walking Street near Bali Hai Pier at about 9:30 P.M. on Sunday evening, September 12th.

There were no injuries reported from the furious blaze although a significant reason why is due to a current curfew from 9:00 P.M. to 4:00 A.M. due to Covid-19 related precautions in Chonburi. Additionally, nightclubs and entertainment have been closed for over five months in Pattaya by mandate to “prevent the spread of Covid-19.”

Over ten units from local fire departments were dispatched to fight the inferno which could be seen from several kilometers away and was widely reported over social media, with many residents concerned about the source and ferocity of the fire.

It took just over an hour to put the fire out with the assistance of a fire crane and ladder, as seen below, and as of press time portions of the building were still smoldering from embers with smoke trails visible in the area as firefighters secured the building and inspected the damage. Heavy winds in the area and the building having many flammable objects used as decorations contributed to the spread of the blaze, according to firefighters, which at one point encompassed the entire sprawling nightclub complex which is composed of multiple levels and areas. However, firefighters had managed to largely stop the fire from spreading to other businesses on the closely packed Walking Street strip. 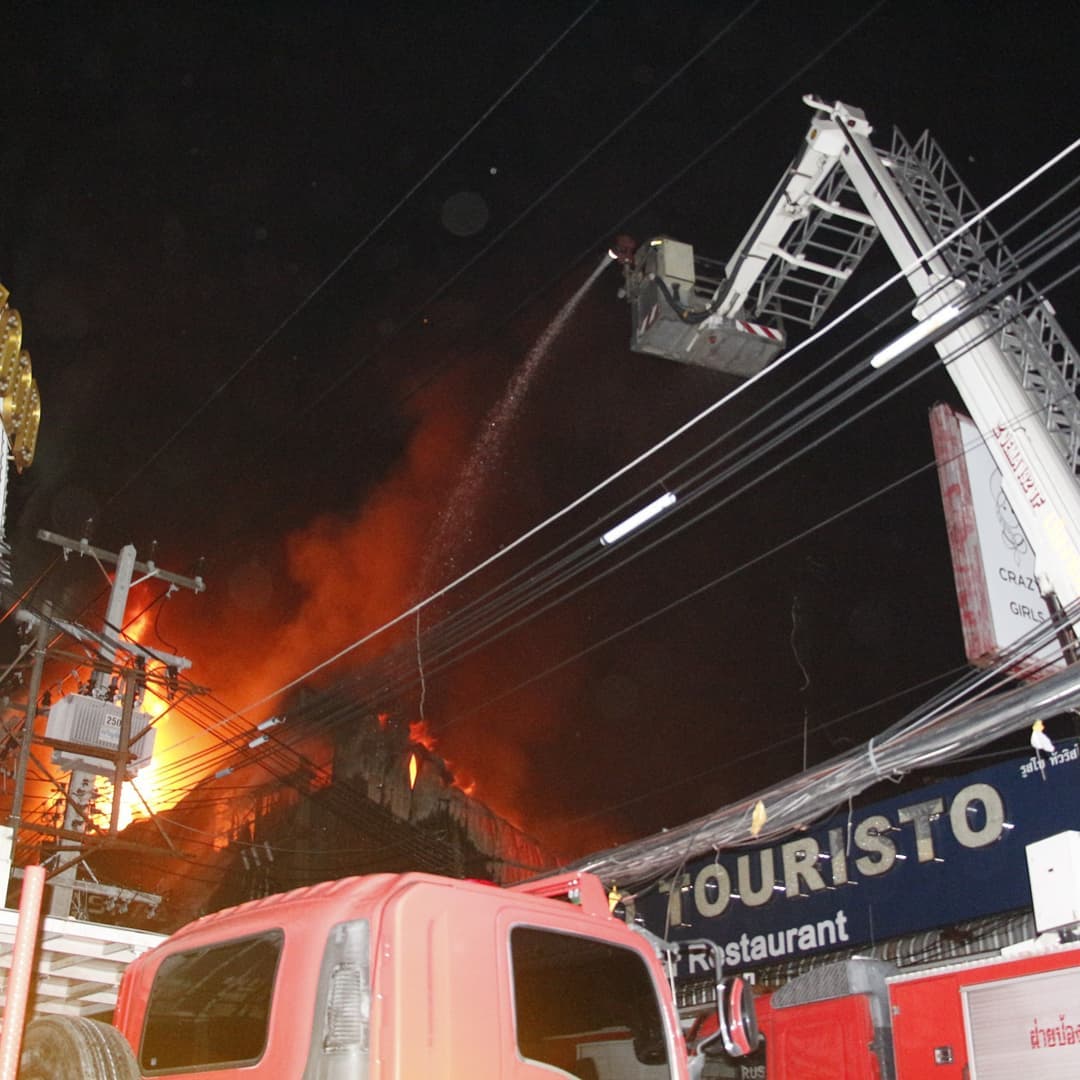 Nashaa nightclub advertises itself as the “Biggest, most famous, and Number 1 Indian nightclub in the Pattaya area.” Before Covid-19 the nightclub would regularly attract hundreds of visitors nightly and was a popular destination for Indian tourists looking for nightlife.

Mr. Patvioda Srisuk, 32, a staff member who was a watchman for the Nashaa building, reported that loud noises like an explosion took place before the blaze broke out on an upper floor. At first, Patvioda thought the noise was a thief and went to investigate but found that a fire had broken out. Patvioda stated he attempted to use a fire extinguisher to put out the blaze but it was too strong and he had to retreat and call firefighters for assistance. The exact cause of the blaze is still under investigation. TPN media will provide further updates on this breaking story as they come in. Forensic officers are expected to review the scene during daylight hours on Monday, September 13th to determine what caused the fire. Initial damage estimates have come in at ten million baht and may continue to rise, according to officials familiar with the investigation.

Firefighters would not let Pattaya News reporters into the damaged building, citing the potential danger of further structural collapse. It appeared that at least a section of the roof of the building had caved in during the fire from video and footage taken outside. 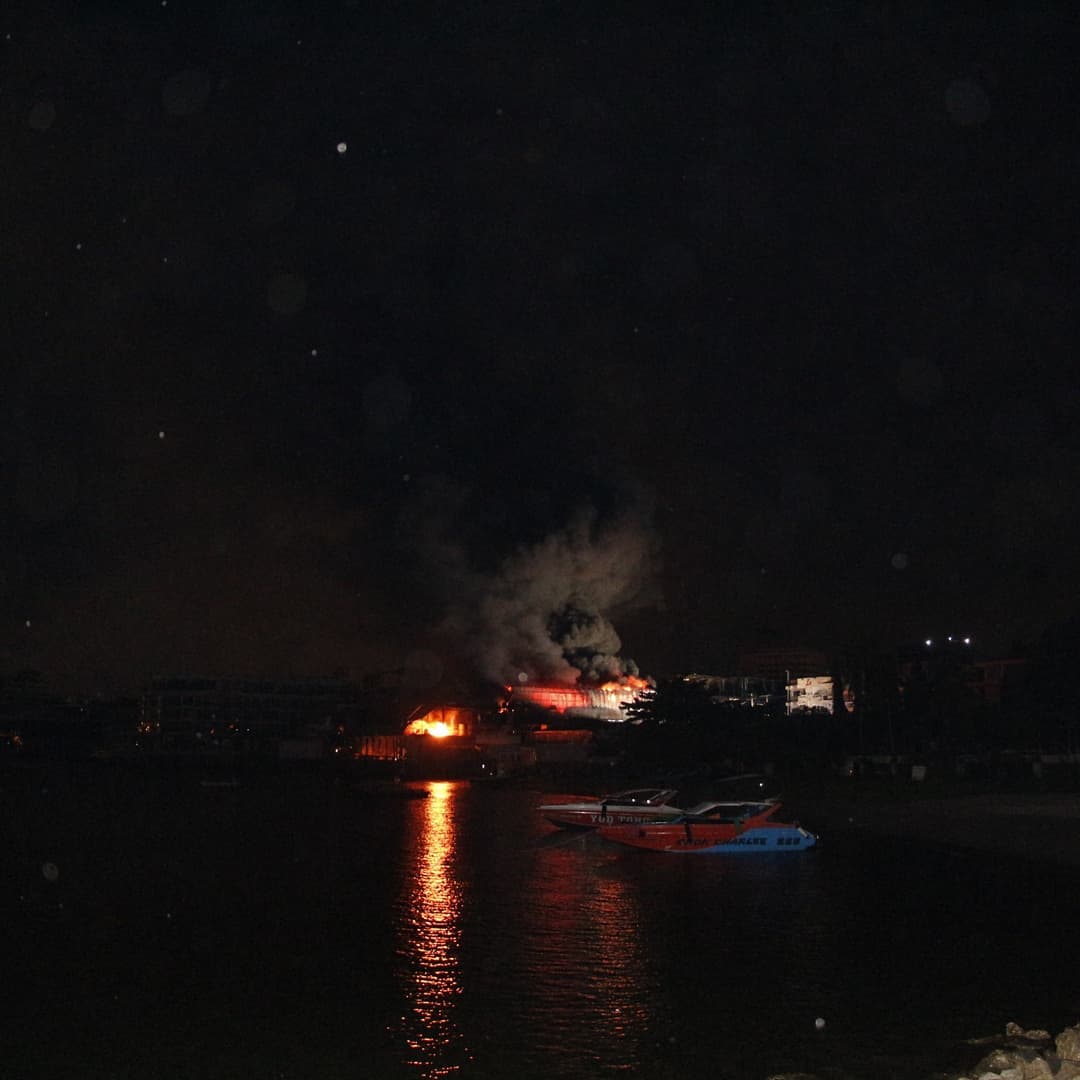