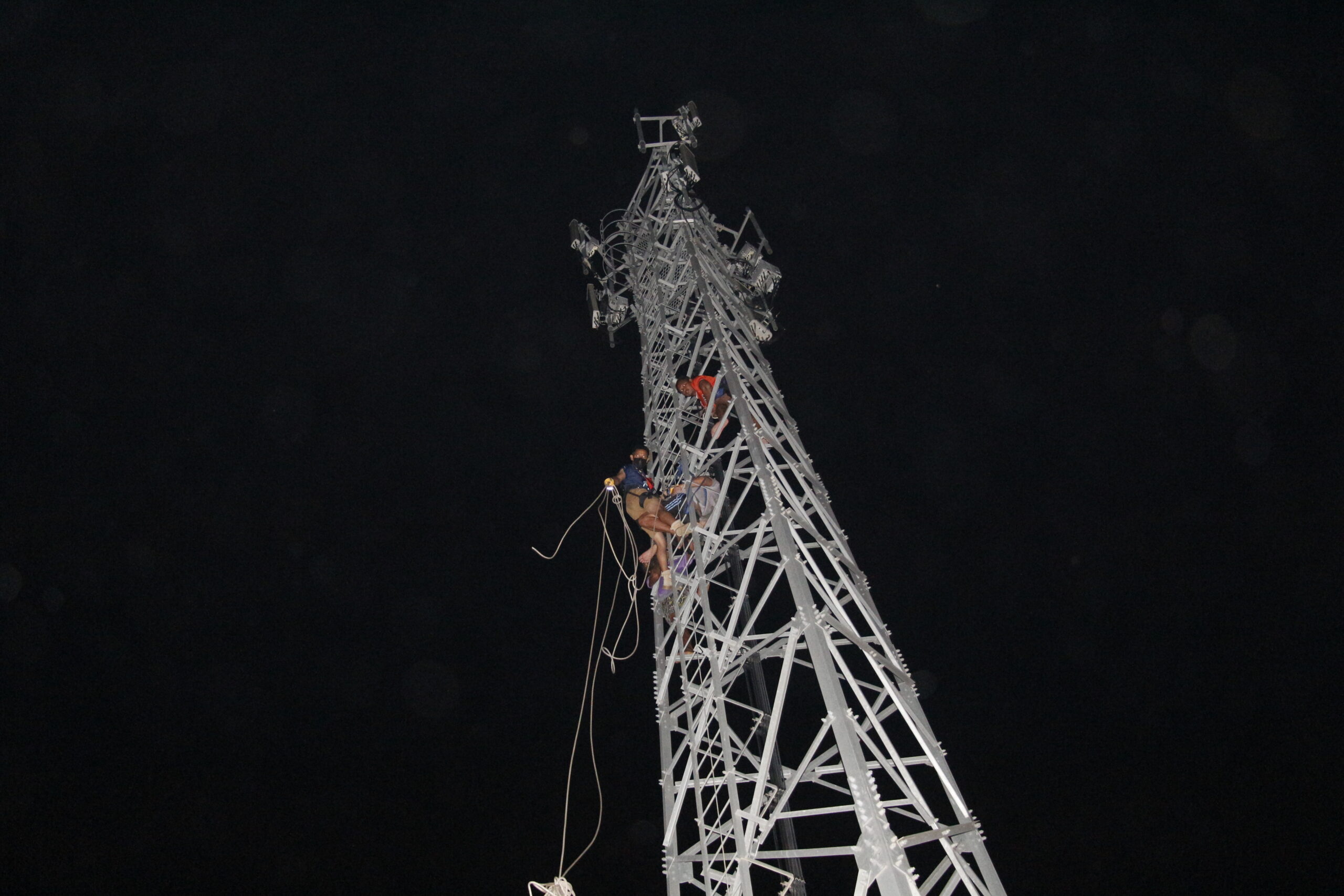 Rescue workers and The Pattaya News arrived in Soi Thung Klom Tanman 25 in Nongprue to find the man, 53, whose name was withheld per editorial policy, on the pole at about 17 meters above the ground around 9:00 P.M.

Rescue workers and local residents were assisting on a loudspeaker to encourage the man to come down from the pole but failed. The man, by his own admission, was intoxicated and had made the decision to climb the tower after a session of heavy drinking and a dispute with his wife over visiting a local market.

Rescue workers climbed up on the pole to assist the man and used a rope to secure him before bringing him down successfully. He was taken to a local hospital for a routine mental health evaluation, according to Banglamung authorities. 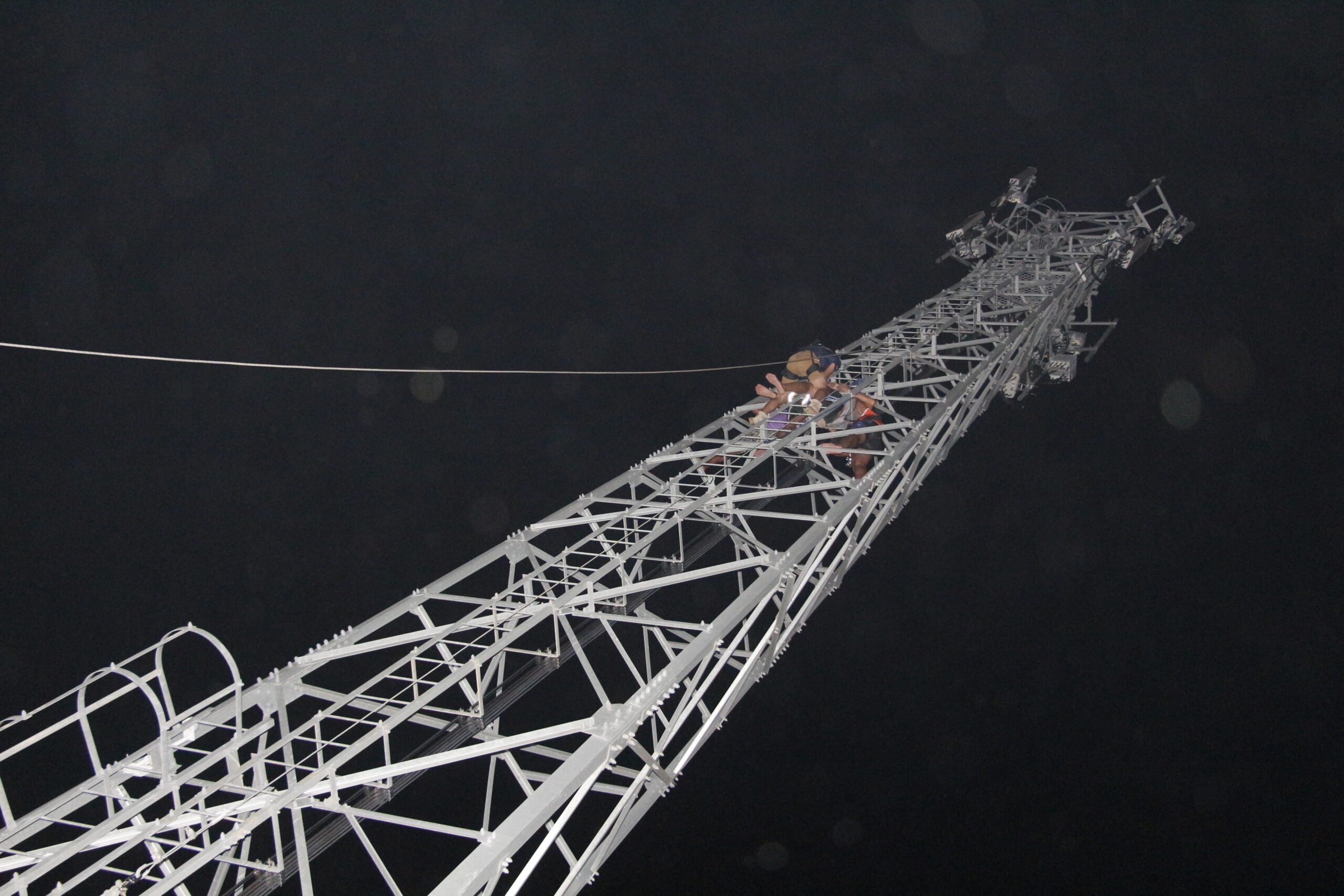 The man told the rescue workers that he is a chef at a Thai restaurant. He had wanted to go to a local market earlier in the evening to purchase food for his business but his wife refused to bring him, and he stated he was too drunk to drive on his own, which upset him, and as a result, he decided to climb the antenna to “teach his wife a lesson.”

However, upon reaching the middle of the antenna the man found that he was too weak and intoxicated to climb down and had to be rescued. He claims he had not intended to harm himself and only wanted to make a statement to his wife. It was not clear, however, exactly what that statement was.