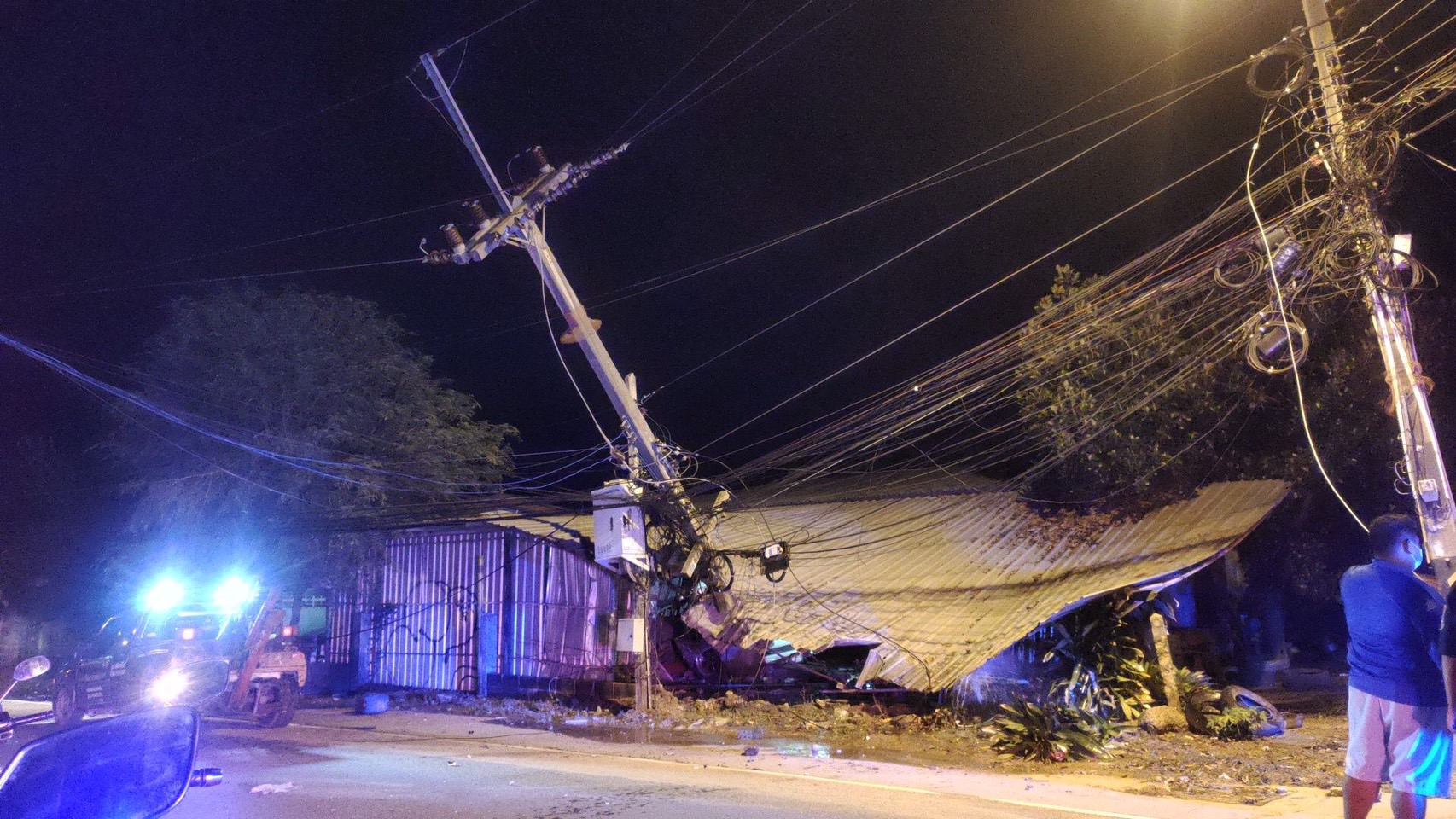 A pickup truck carrying one passenger crashed into an electric pole and smashed into a house during curfew hours around midnight in the Banglamung district, Chonburi, today, September 12th.

Nong Prue police and rescue volunteers arrived at the scene after being alerted of the accident. Upon arrival, they found that a residential home was significantly damaged. Its roof had collapsed and two electric poles in front of the house were torn down with broken electric wires emerging from the wreckage. Water from a collapsed pipe was flooding the nearby road. 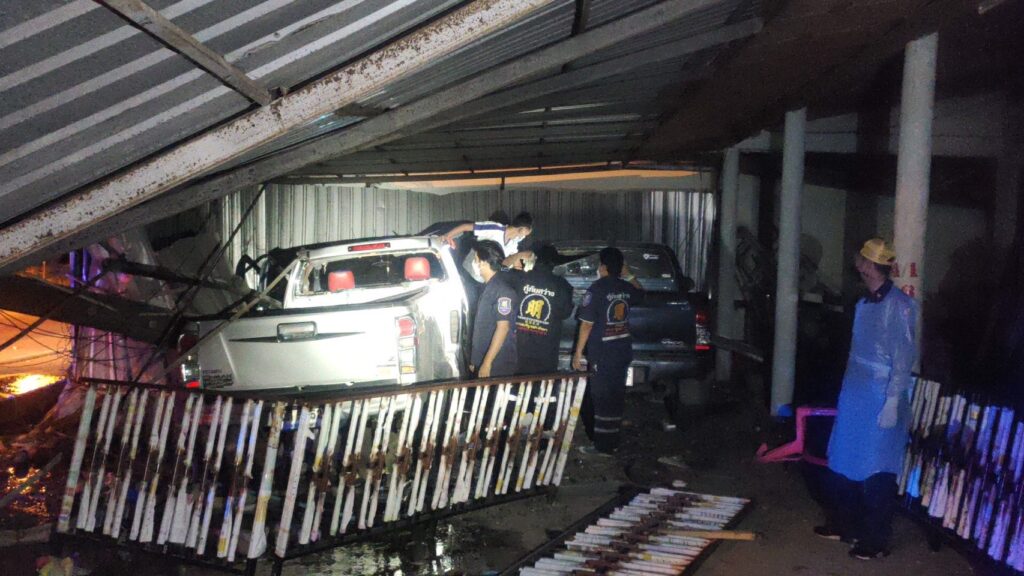 A damaged grey pickup truck with a Bangkok license plate was spotted at the scene, as well as driver Suriya Bokwong, 35, and his passenger Thanawat Piandee, 18. Both of them were slightly injured from the crash.

According to his statement, he was drinking alcohol before hurriedly driving home as it was past the curfew period but he suddenly lost control and crashed into the electric post and the house. 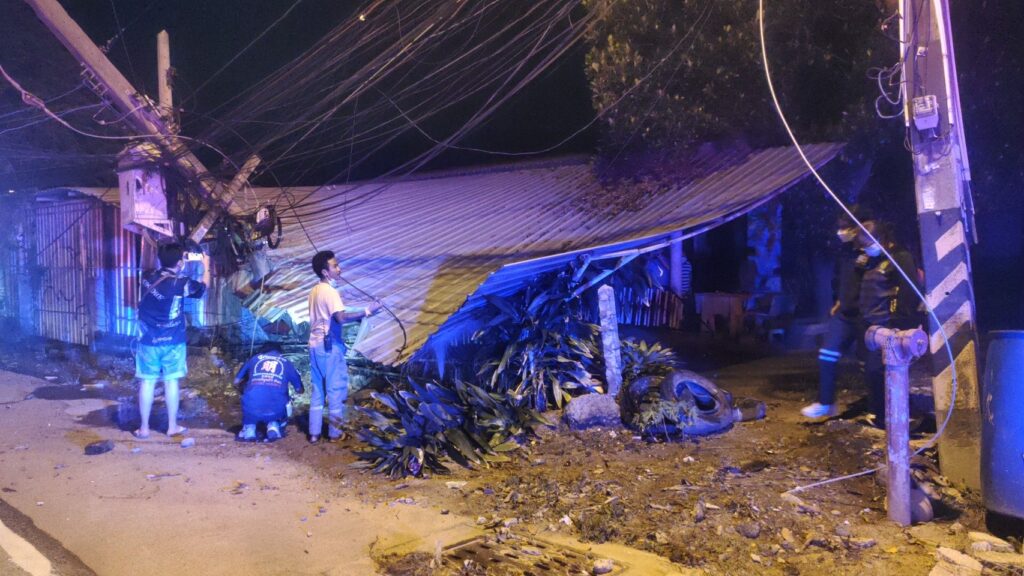 House owner Somkid Srichana, 44, told police that everyone in the house, including the elders and children, was already in their bedrooms when she was awakened by the crash. Luckily, nobody in the home was injured by the accident.

“When I came out to look, I found that a pickup truck had crashed into an electric pole, making the roof collapse and damaging our two cars,” she added.

Initially, Suriya would conduct blood alcohol tests as required by the police before being taken to the police station for legal proceedings. He will face several charges over the accident, according to Nongprue Police, and will likely face liability charges for the property damage to Somkid’s home.