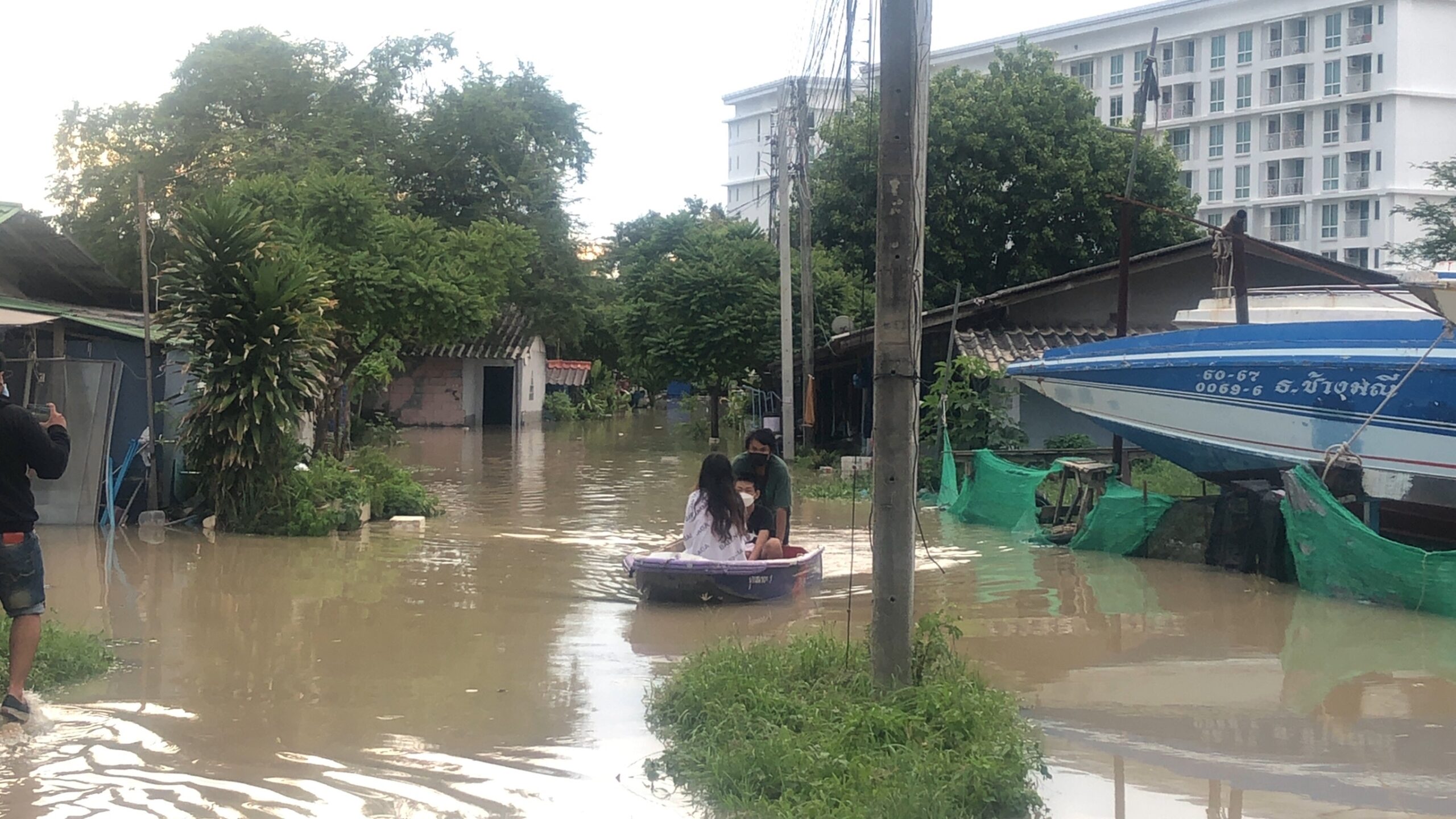 Some local residents are still recovering and suffering from flood-related damage to their houses after Wednesday morning storms pummeled the Banglamung area.

First, a recap of the weather situation in the local Chonburi area over the last several days:

Several days of torrential rain and the potential of flash flooding are forecast to take place according to the Thai Meteorological Department (TMD).

At 5:30 P.M. on Wednesday afternoon, September 8th, 2021, in Soi Wat Boon Kanjanaram 5, which has about 100 houses, residents reported having suffered from floodwaters up to one meter high. This is located not far from the Riviera condo in Jomtien.

Local villagers told The Pattaya News they were not expecting a lot of rain and flooding and had not taken proper precautions before the hours of torrential showers. This was, notes the TPN news, despite weather-related warnings from both Thai and foreign media prior to the rain. This particular village is on low-lying land, part of which has recently been transitioned to a park and is inhabited by mainly low-income level families who on top of the flooding have also been hit by Covid-19 related restrictions devastating the economy in the Pattaya area by closing most businesses. 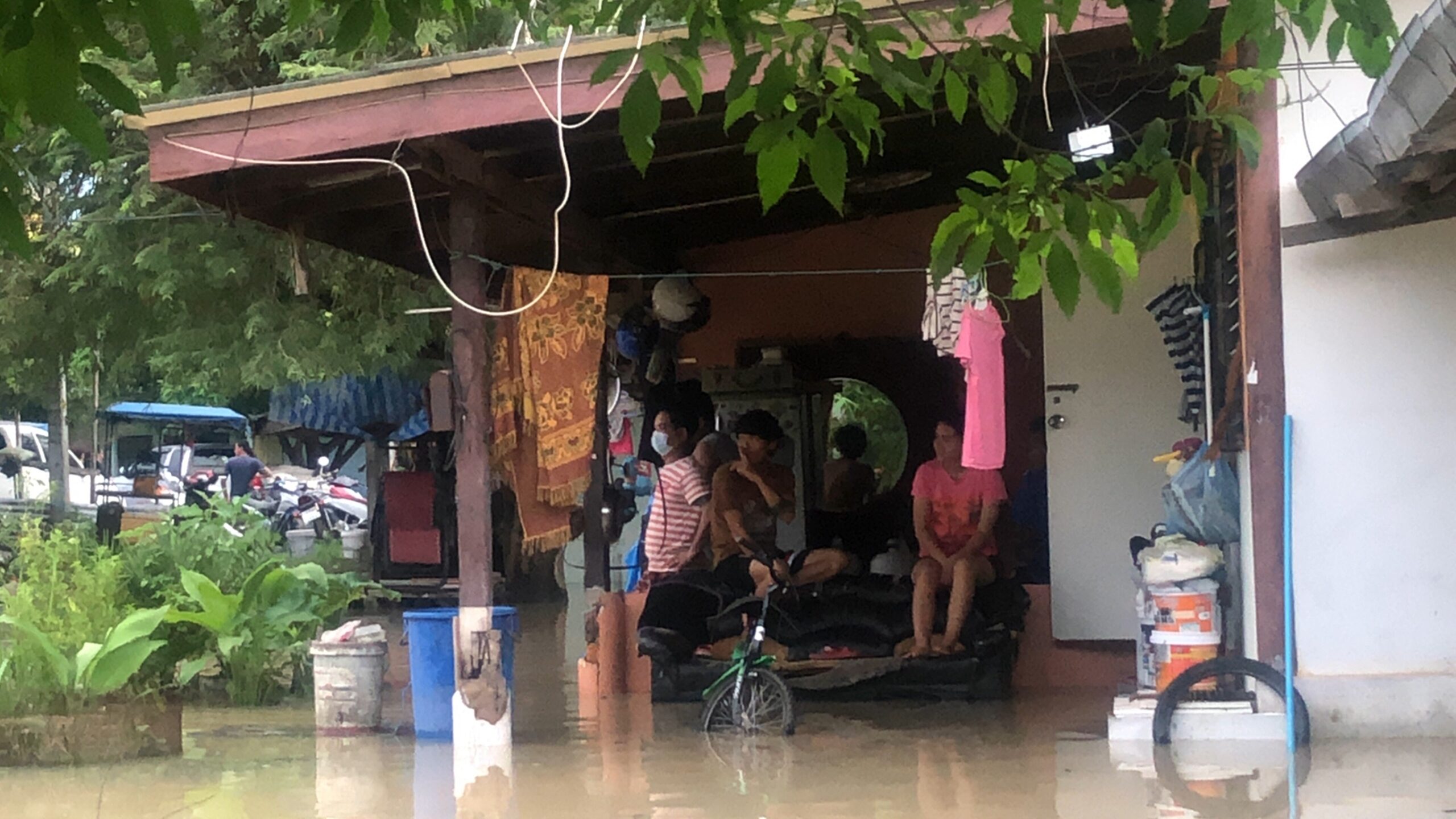 Many of the villagers chosen to abandon their homes during the rising floodwaters and stayed in raised gazebo-style structures during the worst period of the storms. In the day following residents were seen using rowboats to get around the local community, especially in terms of helping to transport elderly neighbors.

Pattaya City officials, including the Mayor’s wife, also donated food, water, and supplies to those affected the most strongly by the floodwaters.

More rain is due over the next several days although residents hold out hopes that it will not be as severe as recent storms. 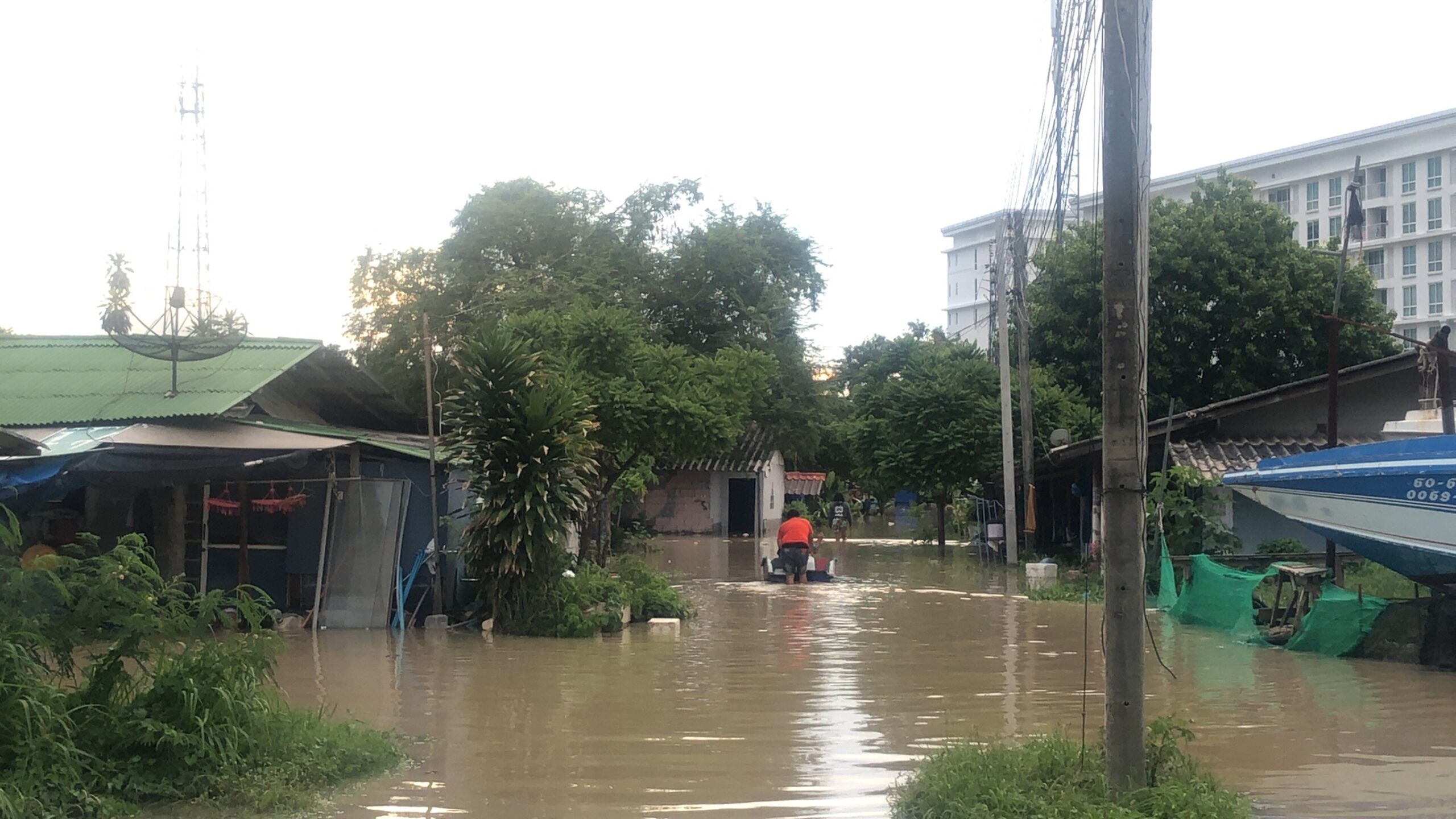