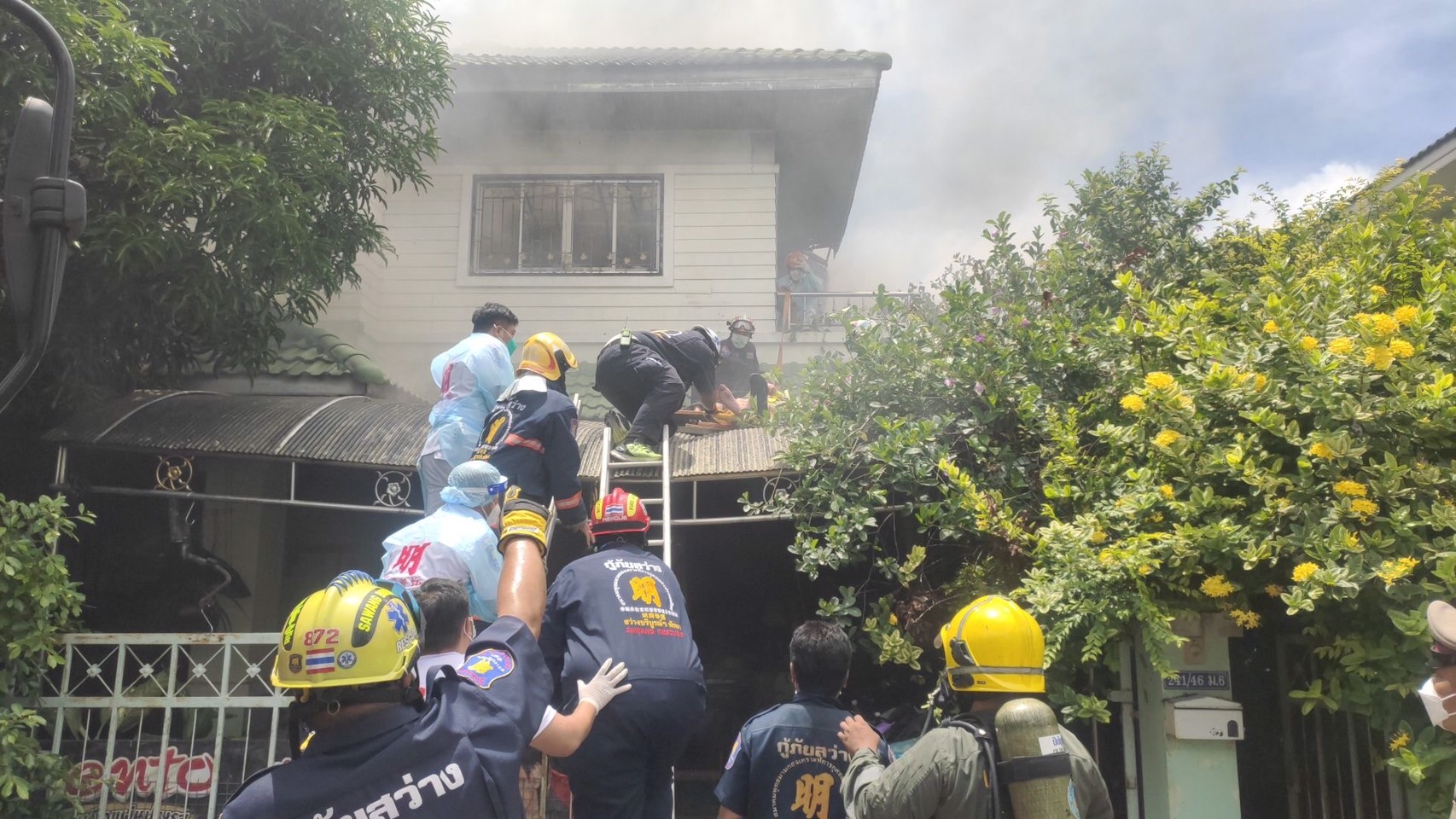 A German ex-pat has sustained several injuries after he reportedly set his own home on fire then proceeded to inflict self-harm on himself with a knife this afternoon in the Pattaya area (September 9th).

The Banglamung Police were notified of the incident at around 1:00 P.M. today, September 9th, 2021, at a residential home in Naklua, Banglamung.

Police, emergency responders, and The Pattaya News reporters arrived at the scene shortly after a first phone call was made from a concerned school teacher who instructs the daughter of the German ex-pat.

Major Suchart Dussadee from the Banglamung Police told The Pattaya News team, “A 14-year-old girl sent a text message around noon to her school teacher online saying that her father was nervous and about to commit suicide, stating that she was very worried and didn’t know what to do. The teacher then called us for help.”

“We arrived at the house to find a German ex-pat, 68, inside with his 14-year-old daughter (The Pattaya News is withholding their names due to the sensitivity of the situation). We tried to convince the father to let his daughter leave the home once he met us at the front door.” Major Suchart stated to the Pattaya News reporters.

“The German man agreed to let the girl leave and go to visit her mother, who was not at the home during the time of the incident. He then walked back into the house stating that he wanted to change clothes and would then come with us for an interview. We agreed to let him do so as at the time he seemed calm.” Major Suchart continued.

“However, the German man locked the door to the home after entering and refused to respond to officers. He set a fire at the front of the home before going up onto a balcony while brandishing a knife. Despite the best efforts of officers to calm the man down, he proceeded to slash himself several times, suffering serious injuries, and as a result bleeding heavily.” Major Suchart concluded. Firefighters were called to the scene while rescue workers forced entry to the home and brought the German man, who was at this point weak from blood loss, to a local hospital for medical assistance. Firefighters stated to the Pattaya News that the German man was still brandishing the knife when they approached him, however, began choking due to smoke inhalation and they managed to subdue the man, disarm him of the knife, and eventually transport him to a local hospital.

It took more than one hour to control the fire, according to Banglamung firefighters, due to a severe amount of clutter within the residence. Several portions of the home suffered structural damage as a result of the blaze according to Major Suchart.

As of press time, the German man remains in a local hospital under medical care and the daughter has been reunited with her mother. The family has requested privacy during this difficult time and has not released any statements as to what caused the situation to occur. 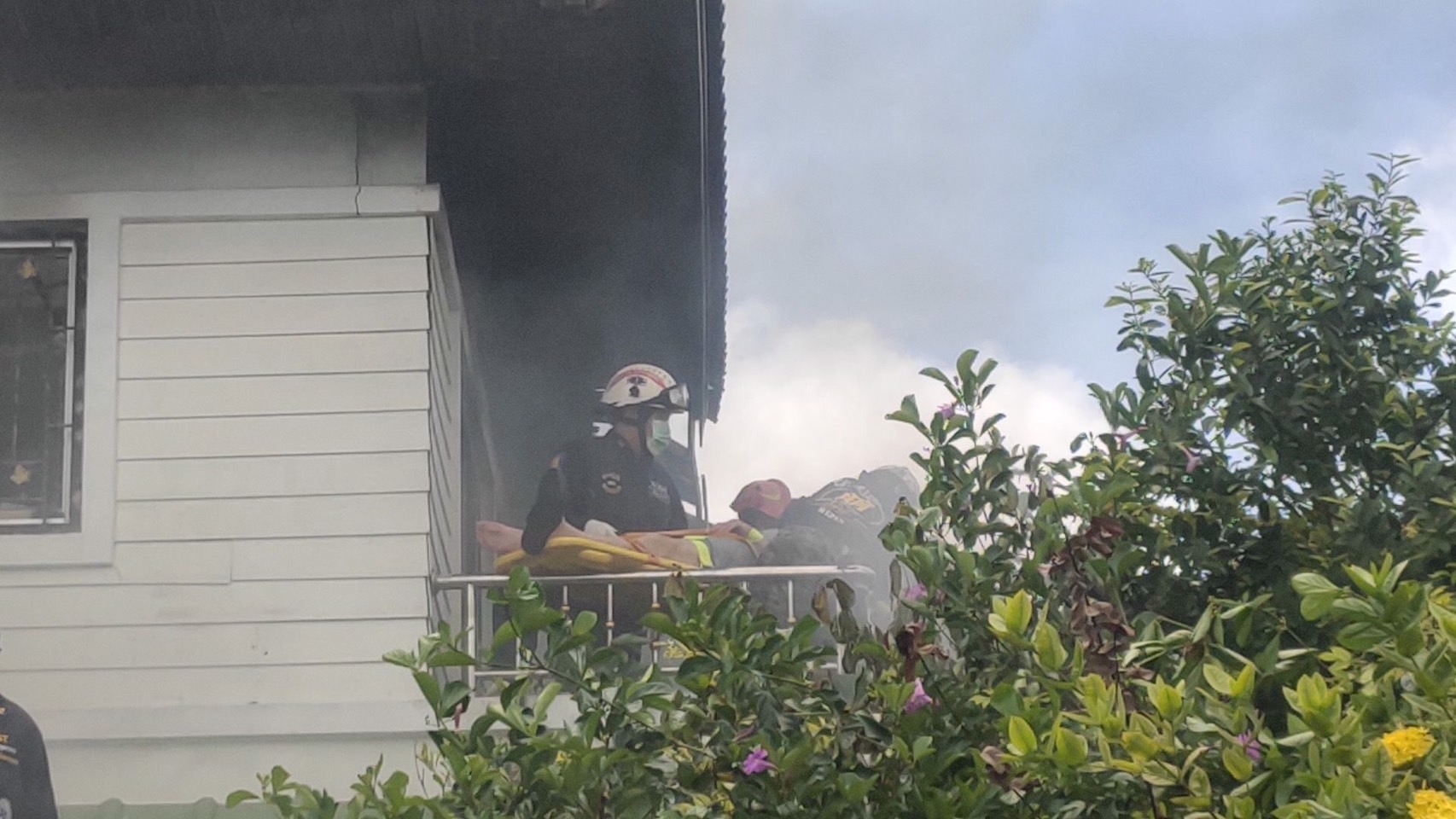