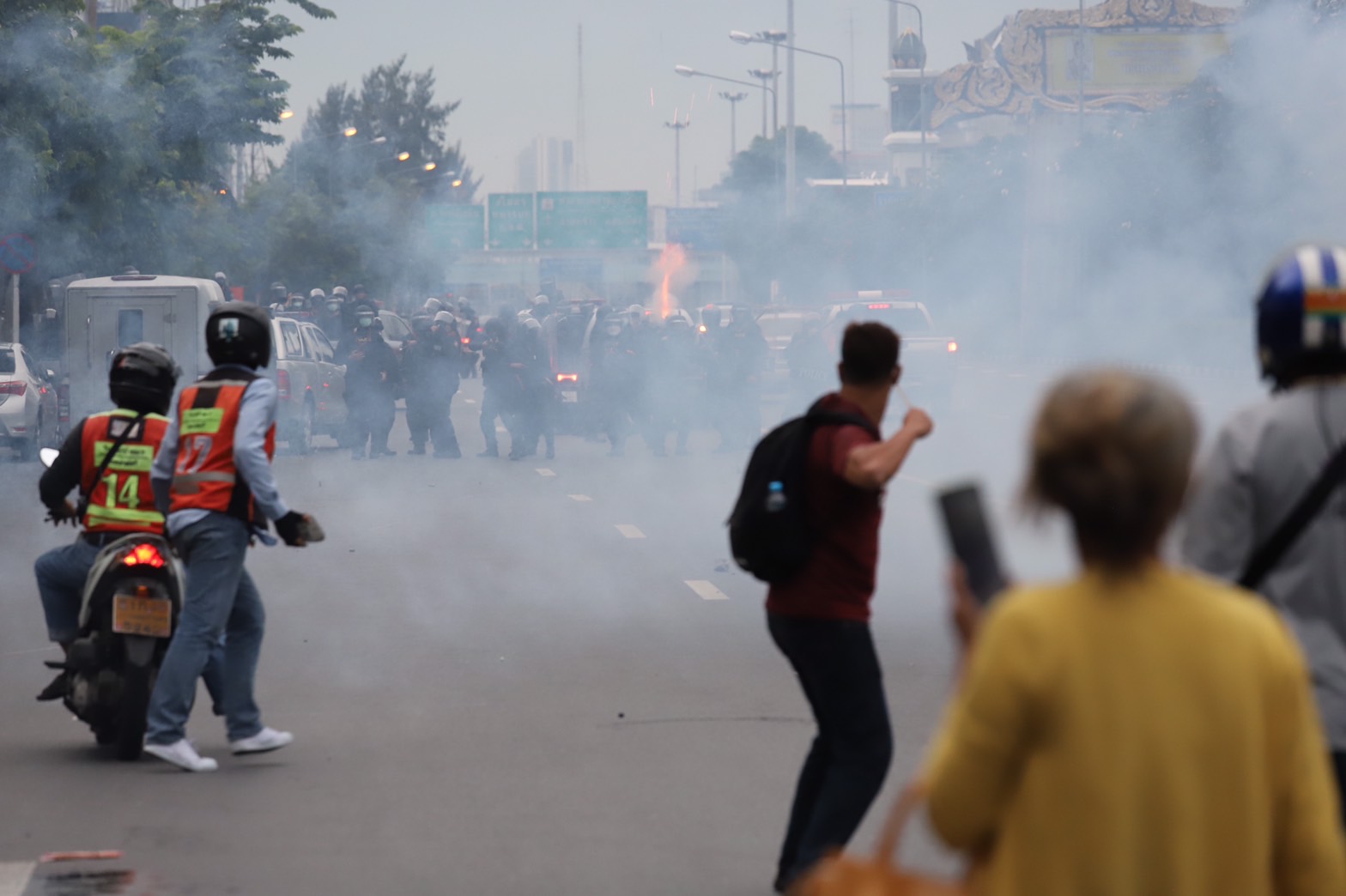 A major confrontation between a group of pro-democracy youth and crowd control police intensely occurred yesterday, September 7th, after the “Thalu Gas” group called for a demonstration to oust Prime Minister Prayut Chan-O’Cha.

The group started gathering at around 5:30 PM. at the flashpoint of the Sam Liam Din Daeng junction while a group of law enforcement officers was also approaching the scene to maintain peace and order. A quick arrest of 15 protesters and confiscation of giant firecrackers, ping-pong bombs, crystal balls, and handmade weapons were conducted at the very beginning of the protest. 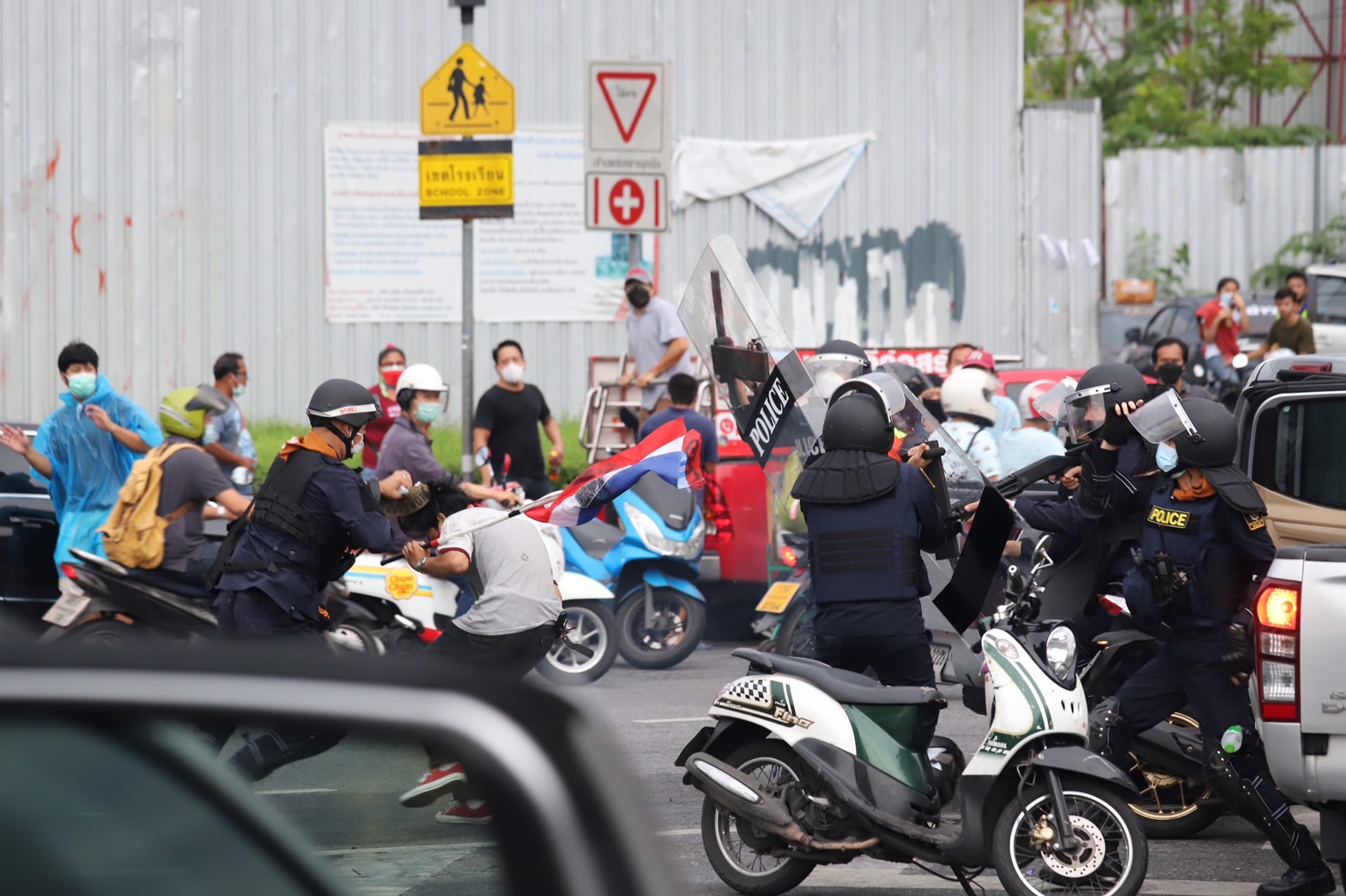 As of 7:30 PM. on Asoke-Din Daeng Road heading towards Ratchaprarop Intersection, a motorcycle was reportedly set on fire. According to a local source, it was a police vehicle that was seized from a security checkpoint.

Water cannons and rubber bullets were constantly fired at the protesters, causing them to disperse for a while before the group came back and started to fight back with handmade bombs and weapons.

More burning of garbage was reported near the Din Daeng expressway. Police announced an alert from the Royal Thai Army Band Department to stop throwing firecrackers, and fireworks otherwise the police needed to enforce the disposal according to the international standard for security purposes. 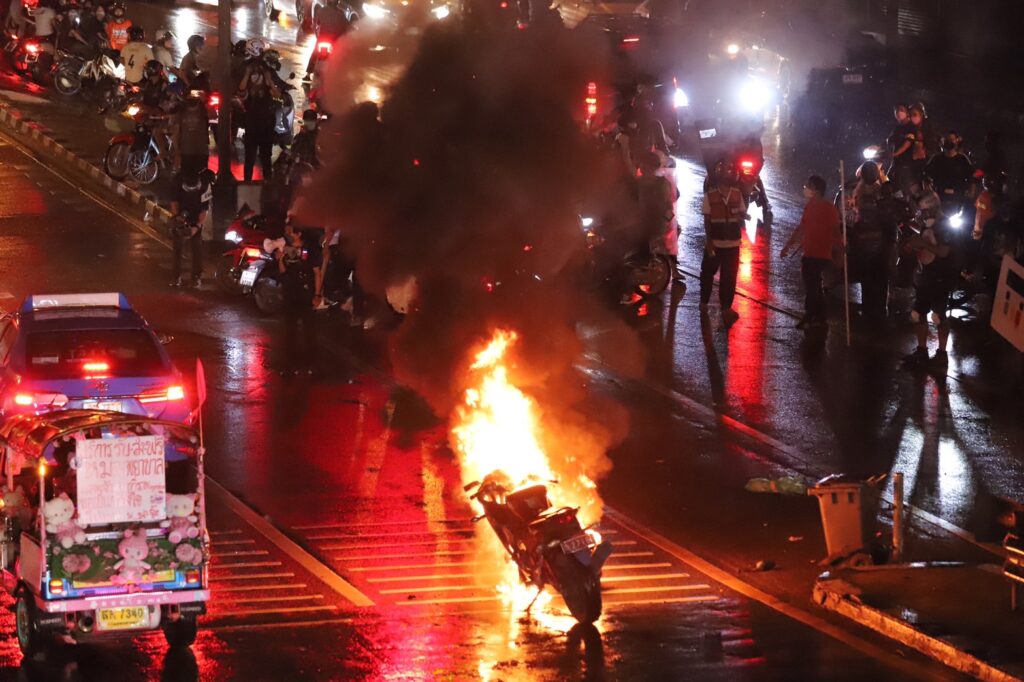 The sound of firecrackers and bombs was constantly heard while the crowd-control police were attempting to disperse the crowd with rubber bullets and high-pressure water cannons. More enforcement arrived at the scene at around 10:08 PM., leading to a more intense confrontation. The officials asked the media and those who were not involved to leave the scene.

The confrontation lasted for nearly 5 hours and began to calm down at around 11:30 PM. According to the Metropolitan Police Bureau, 15 arrested protesters were taken to Din Daeng police station over the charges of illegally gathering with more than 10 people and causing a riot.