People in Pattaya who called themselves ‘Thai Mai Ton’ and ‘Gor Por Chor’ yesterday (September 5th) held what they called a ‘Car Mob’ rally, the 4th in the past several weeks, from Pattaya to Sattahip protesting against the Thai government, especially the Prime Minister.

The protest started at the Dolphin Roundabout in Pattaya and was led by Mr. Wanchalerm Kunsane and Mr. Yossawarin or ‘Jeng Dok Jik’.

The Pattaya City Traffic Police and the Pattaya City Law Enforcement were present and were making sure protesters followed disease control management procedures such as wearing masks and social distancing. Technically, the rally and all protests are against the law currently to “prevent the spread of Covid-19”, however, law enforcement has taken a soft stance locally to avoid potential confrontation.

Protesters talked in public about how they are disappointed with the Thai government such as Covid-19 related policies, vaccine allocation, and restrictions that have shuttered businesses in Pattaya, especially the entertainment and tourism industry, for almost five months with no sign of relief. They also held speeches stating that there has not been significant financial aid for the closures, in their opinions. 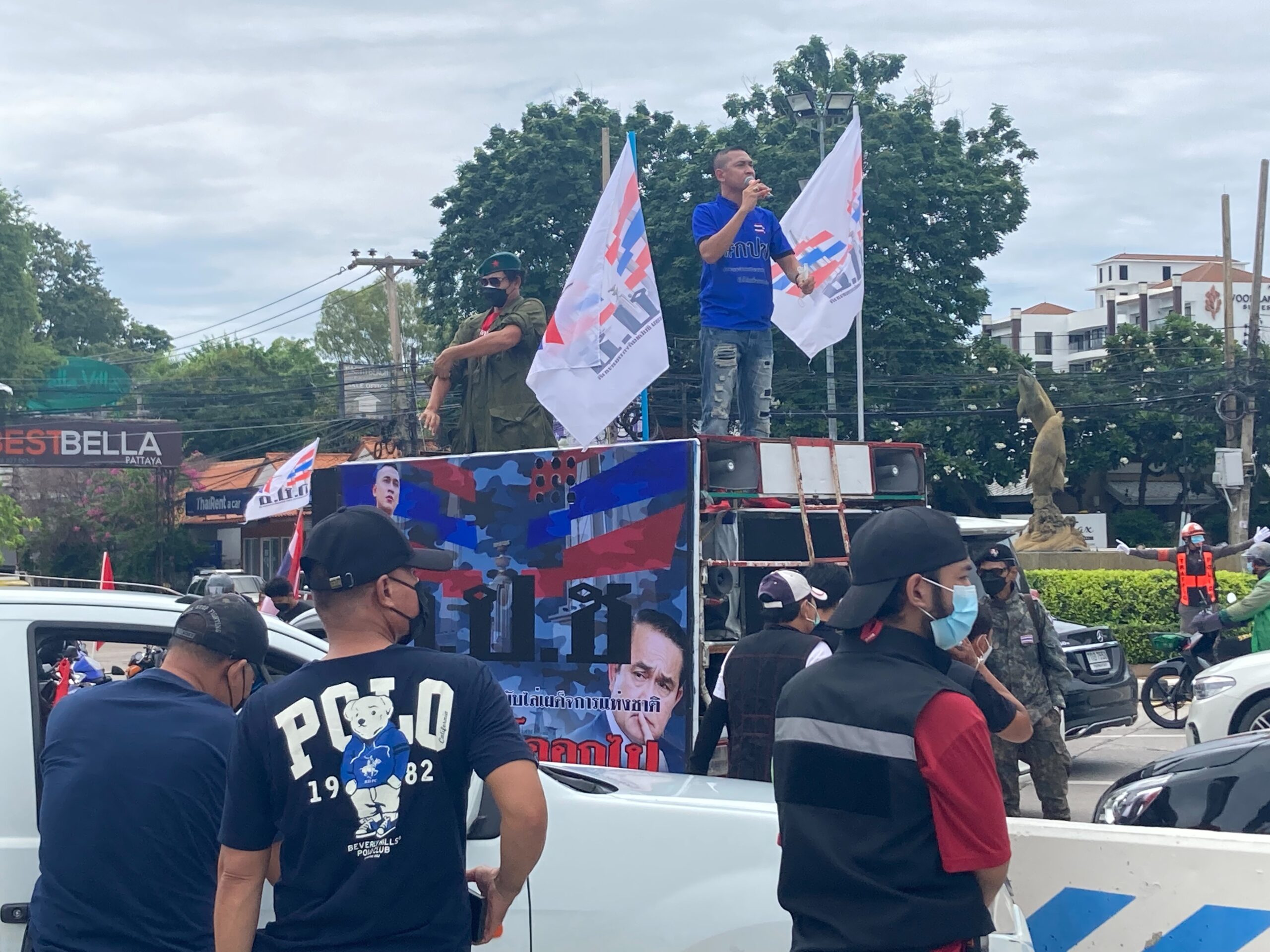 The Pattaya City Police at one point announced to protesters that gatherings and assemblies, even in vehicles, were currently prohibited by Thai law through loudspeakers. However protesters did not listen to the police and refused to disperse. Police did not, however, force the group to disperse and the protest remained peaceful.

Protesters in their vehicles were rallying together by honking horns, displaying signs, banners, and ribbons as well as letting the government know how they felt.

The protest ended shortly after, with no confrontations or major problems. 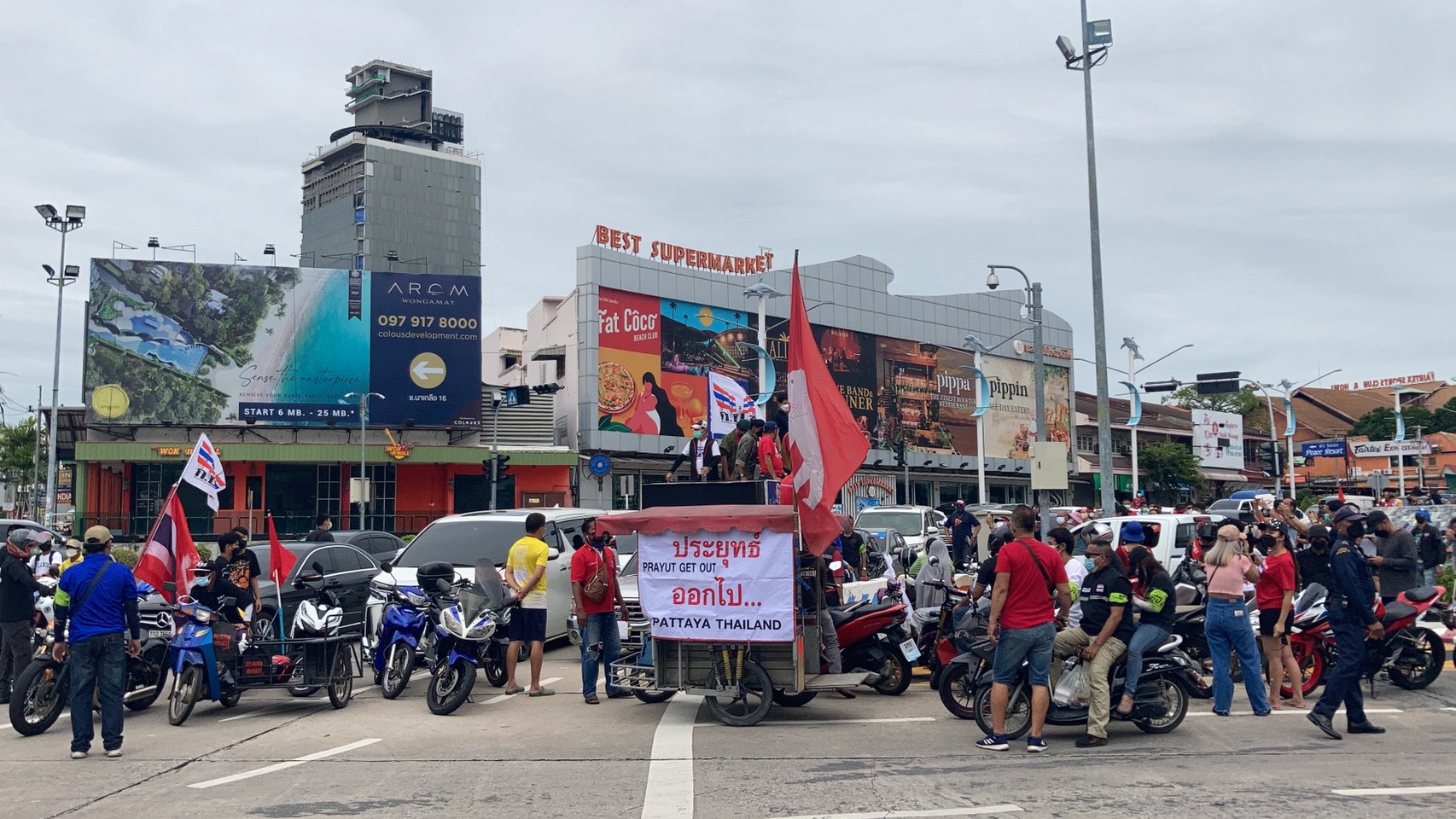