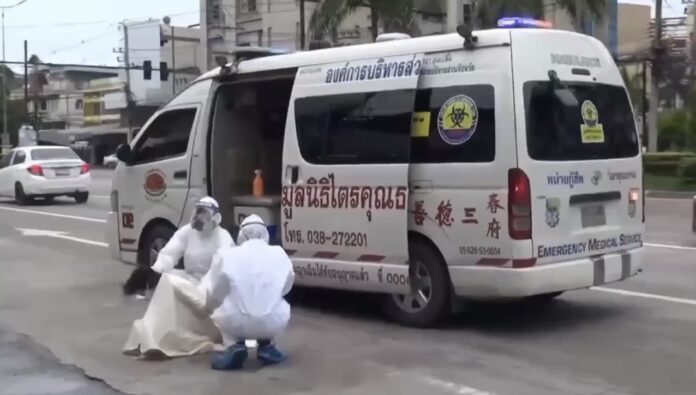 A naked woman was caught in the middle of Sukhumvit road of Mueang Chonburi district after being seen running around during heavy traffic this morning, September 5th.

Rescuers and police officials from the Saensuk Police Station arrived at the scene after being alerted of the incident at around 7:00 AM. The woman was found completely naked running back and forth on the road, causing significant traffic delays and drawing a large crowd. When being approached by rescue officials, she would shout, saying not to come closer as she was infected with Covid-19.

The rescue took about one hour after rescuers who were wearing PPE clothes eventually managed to detain the woman and took her to a local hospital. The woman was described by both rescue staff and police as “extremely uncooperative”. 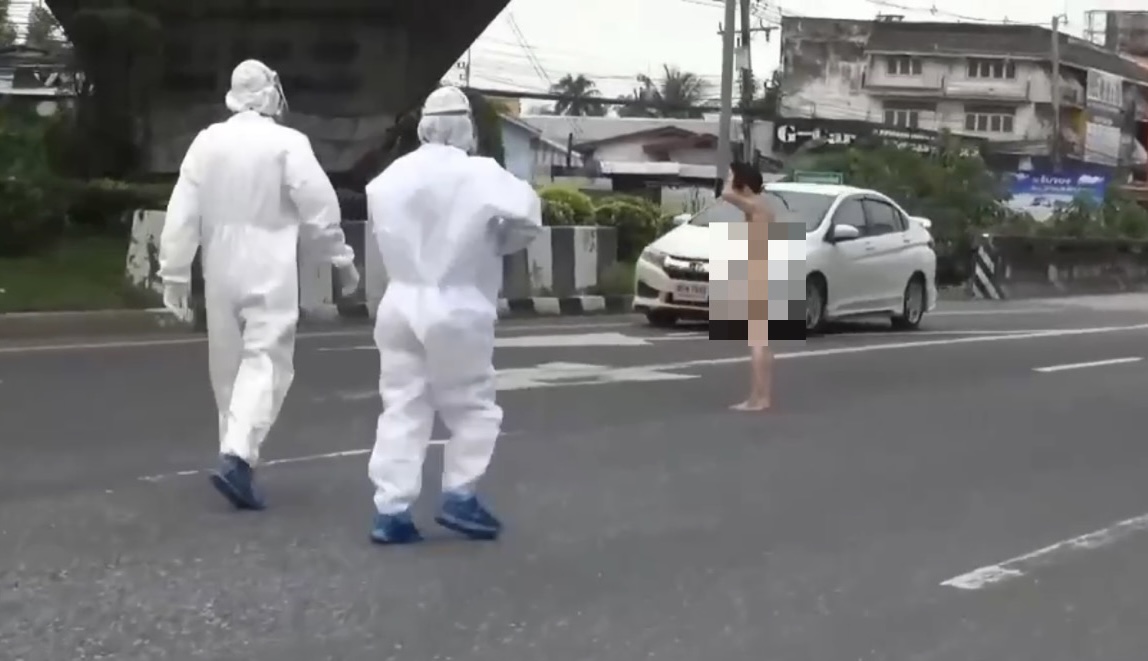 According to the police investigation, the woman was identified as a 58-year-old woman who was a local resident living in the Mueang district. TPN media has chosen to withhold her name, although it was widely shared on other Thai media.

A witness, whose name was also withheld, told the Mueang Chonburi police that there was a road accident between a pick-up truck and a sedan on Sukhumvit road before the naked woman came out of the sedan and began running around the scene, furious and shouting and yelling. She appeared to be enraged due to the accident, added the witness. It was unclear if she was the driver of the vehicle or a passenger and if she had been naked prior to the accident or removed her clothes following it.

The woman was under examination at a local hospital to determine whether she was really infected with Covid-19. Meanwhile, the Mueang Chonburi police are contacting her relatives for further questioning regarding her background including any possible mental health conditions. It was not immediately revealed by police as to the circumstances leading up to the car accident that seemingly sparked the woman’s behavior or the location of the driver and/or other passengers of the vehicles involved.