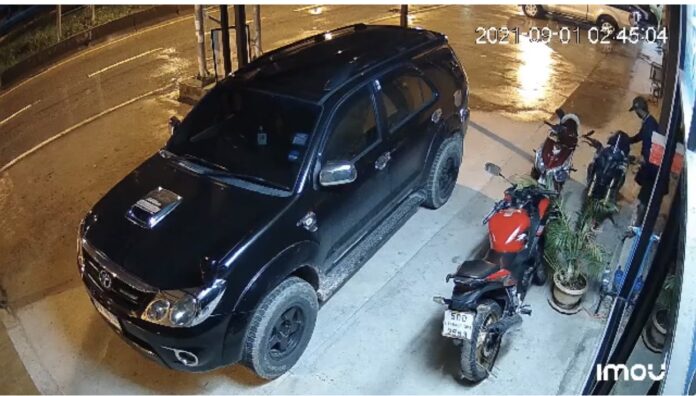 Six motorbikes have been stolen from the same area during a mandatory overnight Covid-19 curfew time in Nongprue. Banglamung police are hunting for suspect(s).

Mr. Chatchai Permpool, 40, and Mr. Peerasak Pongkan, 48, have both filed reports to the Banglamung Police.

They told police and Pattaya News reporters that Wednesday night (September 1st) their motorbikes, which were parked at an apartment complex in Soi Khao Talo, have been stolen while they were sleeping. A mandatory curfew is currently in place, set by the Thai government, in Chonburi and Pattaya from 9:00 P.M. to 4:00 A.M. daily. The curfew is, according to the government, designed to discourage people from holding parties or gatherings and potentially spreading the Covid-19 virus.

Mr. Chatchai explained to Banglamung police while showing them CCTV footage from his apartment complex, “I woke up in the morning and went outside to run an errand and was shocked to find that my motorbike was gone.” 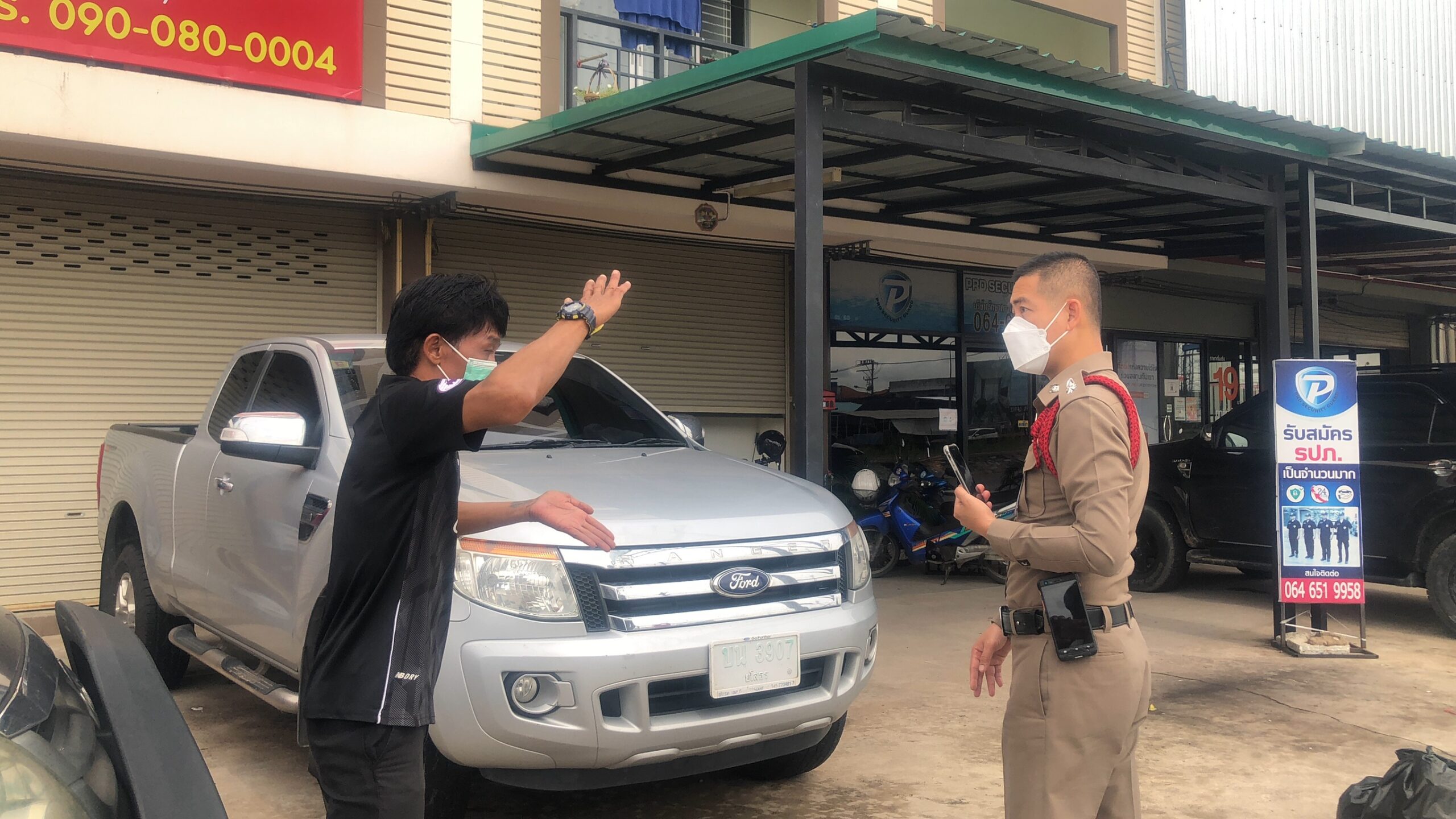 “The CCTV footage I obtained from my apartment building shows at 1:00 A.M. there were two to three men who stole my motorbike within one minute,” Chatchai explained.

Meanwhile, Mr. Peerasak told the Banglamung police, “I live in the same apartment building as Mr. Chatchai. I was awake late at night relaxing and I heard someone was talking outside near my room before they rushed off on a motorbike. It was raining heavily at that time, but I didn’t think much of it and eventually went to sleep.

“I discovered in the morning that my motorbike had disappeared and later found out my neighbor’s, Chatchai, motorbike also went missing,” Peerasak explained.

According to Banglamung police officials, it was reported in total that four other motorbikes have been stolen from the same area in Soi Khao Talo overnight on September 1st/the morning of September 2nd.

Police believed the same suspects are involved in all six motorbike thefts and are still investigating the serial theft in hopes of identifying and bringing to justice the thieves.