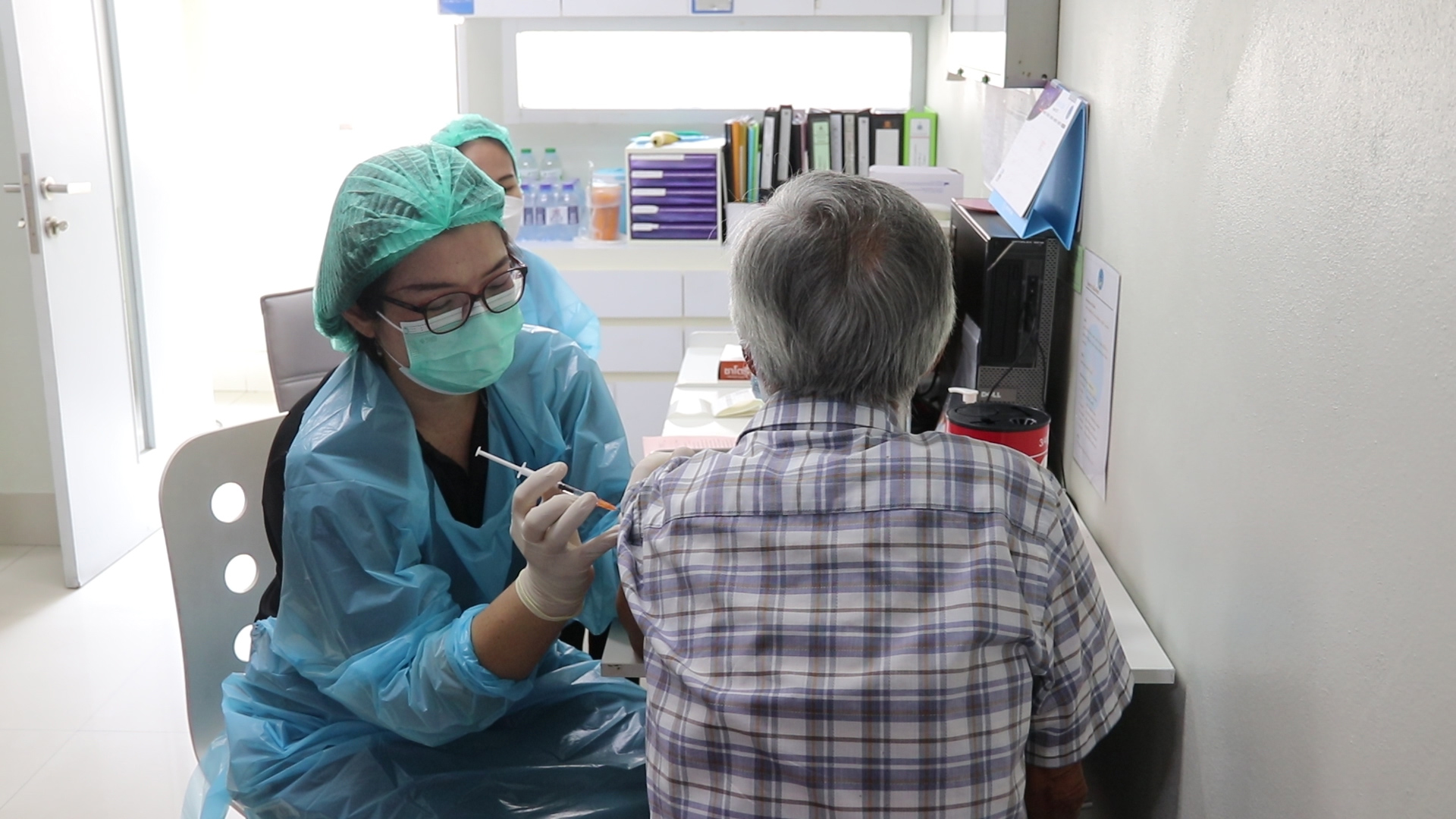 The Pattaya City Mayor has confirmed, according to him, that by at least the end of October, 70 percent of Pattaya residents will be vaccinated. The city has received 60,000 doses of Sinopharm vaccines so far which are being vaccinated to roughly 2,000 people per day.

TPN Media previously reported on the purchase of the vaccines by the city back in June as you can read by clicking on this text here.

However, the vaccines had been delayed in arrival, leading to what the mayor had called “misleading” information on social media. You can read about that delay and his statements by clicking on this text here. 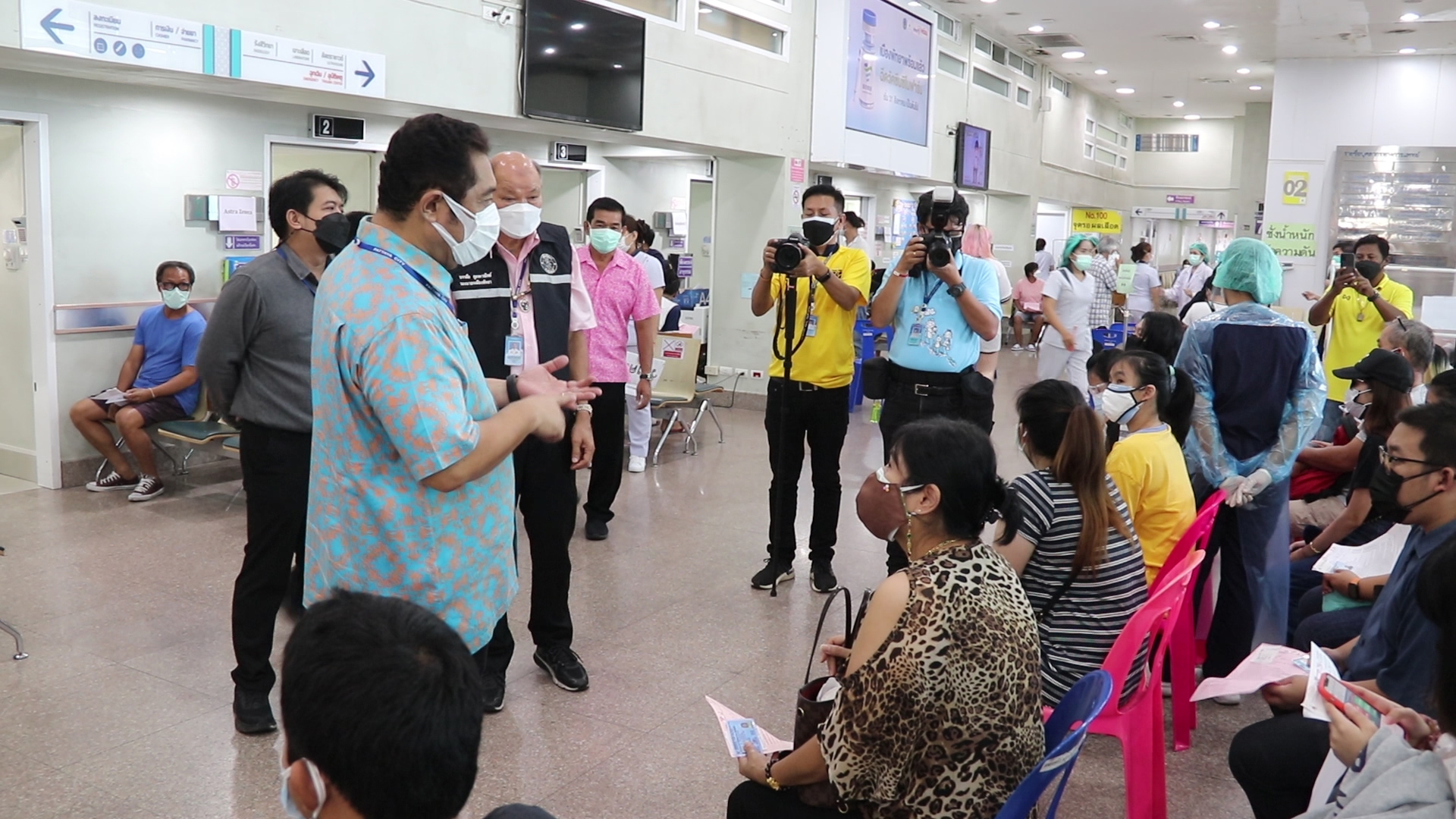 “Today’s vaccination progress was quick and not too many people at a time as they have already registered and received confirmed messages.” Mayor Sonthaya stated to The Pattaya News, referring to yesterday’s first rollout day.

“We are expecting in the next four weeks Pattaya will have 30,000 people vaccinated with the Sinopharm vaccine, especially the elderly and vulnerable.” Sonthaya continued

“As of the end of August, roughly 40 percent of permanent/registered Pattaya residents have been vaccinated. By the end of October, our estimates state that 70 percent of Pattaya residents(registered/permanent) will be vaccinated. 80% of the elderly and vulnerable had been vaccinated already. However, this is ongoing and to truly get to the levels we need to, especially with Pattaya’s transient population and as businesses are allowed to reopen, attracting more residents, this campaign will continue until roughly January of next year. We still have some residents who are very hesitant towards the vaccine, including some in the elderly and vulnerable groups, and health care workers and community leaders are working with them to overcome their fears and objections in a caring and compassionate manner.” Sonthaya added.

“The plan is to “Move Forward” the Pattaya “Move On” plan and welcome back foreign and domestic tourists. We will mostly be focusing on domestic tourism for Quarter 4 of this year and expanding to wider-scale international tourism in Quarter 1 of next year. We hope to be able to continue to ease and relax restrictions in all business sectors to revive Pattaya’s economy over the next several months.” Sonthaya concluded.

Meanwhile, the Chonburi Provincial Administrative Office has received 220,000 doses of Sinopharm vaccines which are being vaccinated to 110,000 Chonburi area residents, especially in Sattahip which is part of the proposed tourism plan for Pattaya’s “Move On” program.

TPN media notes that these statements are only around the cities pre-purchased Sinopharm vaccines and not government-provided Sinovac, Pfizer, or AstraZeneca which also continue to be allocated to the area by the central government. 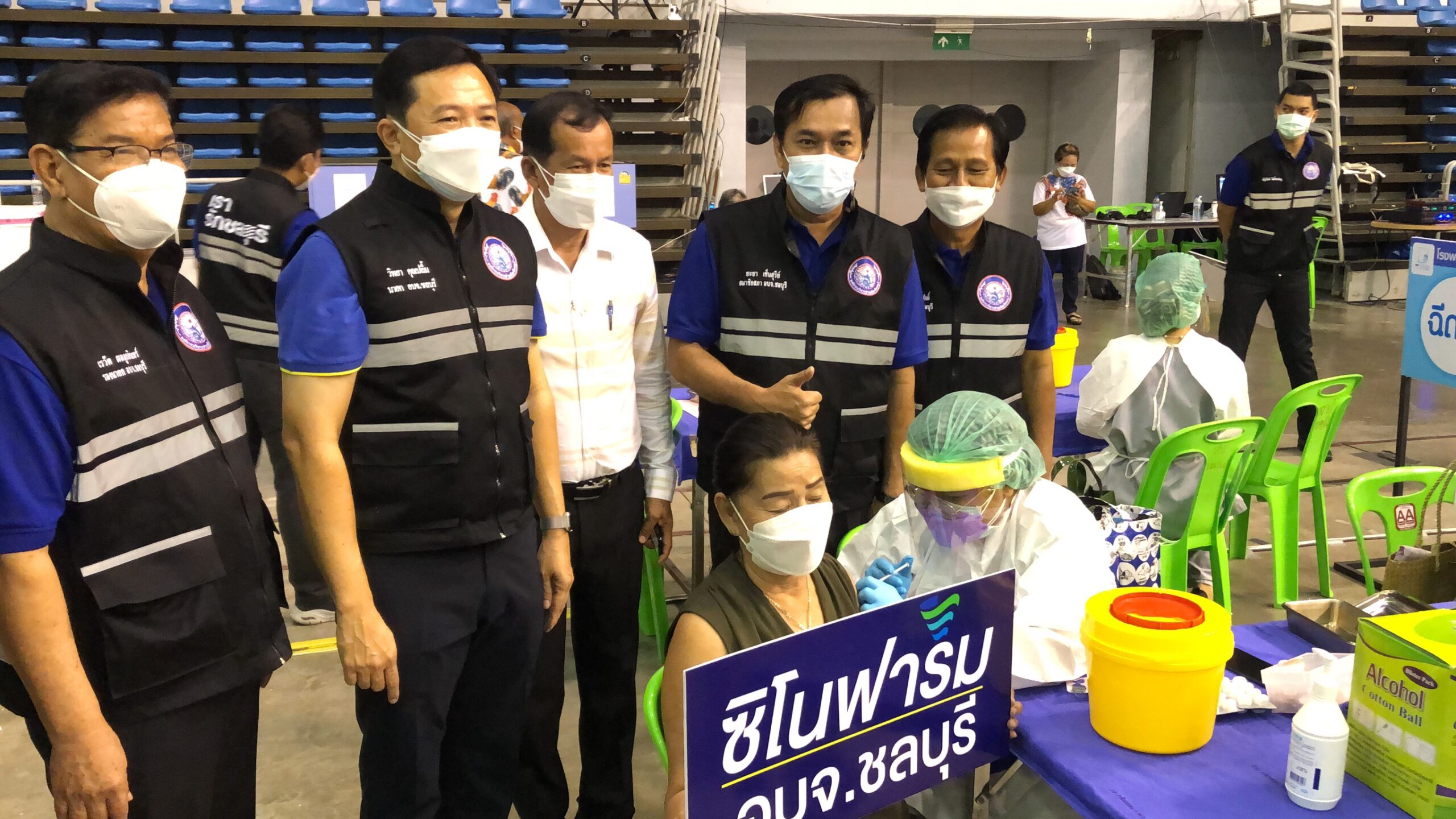