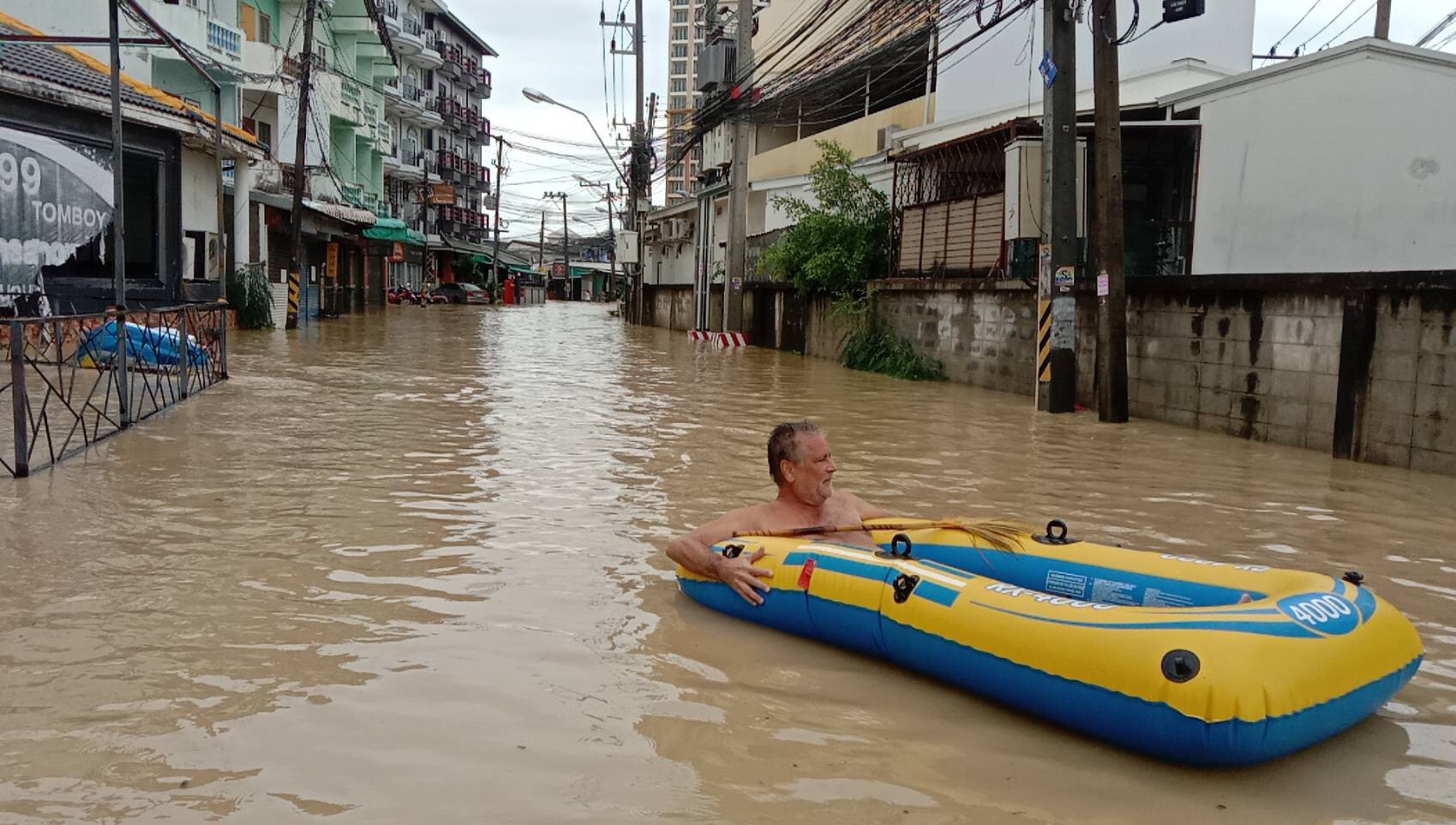 Pattaya residents, both ex-pats and Thai nationals were seen making the best out of persistent rains and flooding yesterday morning, August 27th, 2021.

Several people were seen floating down streets in the floodwaters on various rafts and boats while some local workers also came out to catch fish and shells which were washed from nearby ponds onto local roads.

First, a recap of yesterday’s rains in Pattaya. Lighter rain has been falling off and on across the area so far this morning, August 28th.

Water found on Pattaya Third Road and around the Soi Samakkee Tham Temple road in particular was quite deep and caused significant traffic delays, property damage, and headaches for many residents.

However, some residents were seen making the best out of a tough situation by floating down flooded roads on rafts or boats. With beaches and pools currently “banned” in Pattaya due to concerns about Covid-19, some residents decided to take to the flooded streets for a bit of fun. 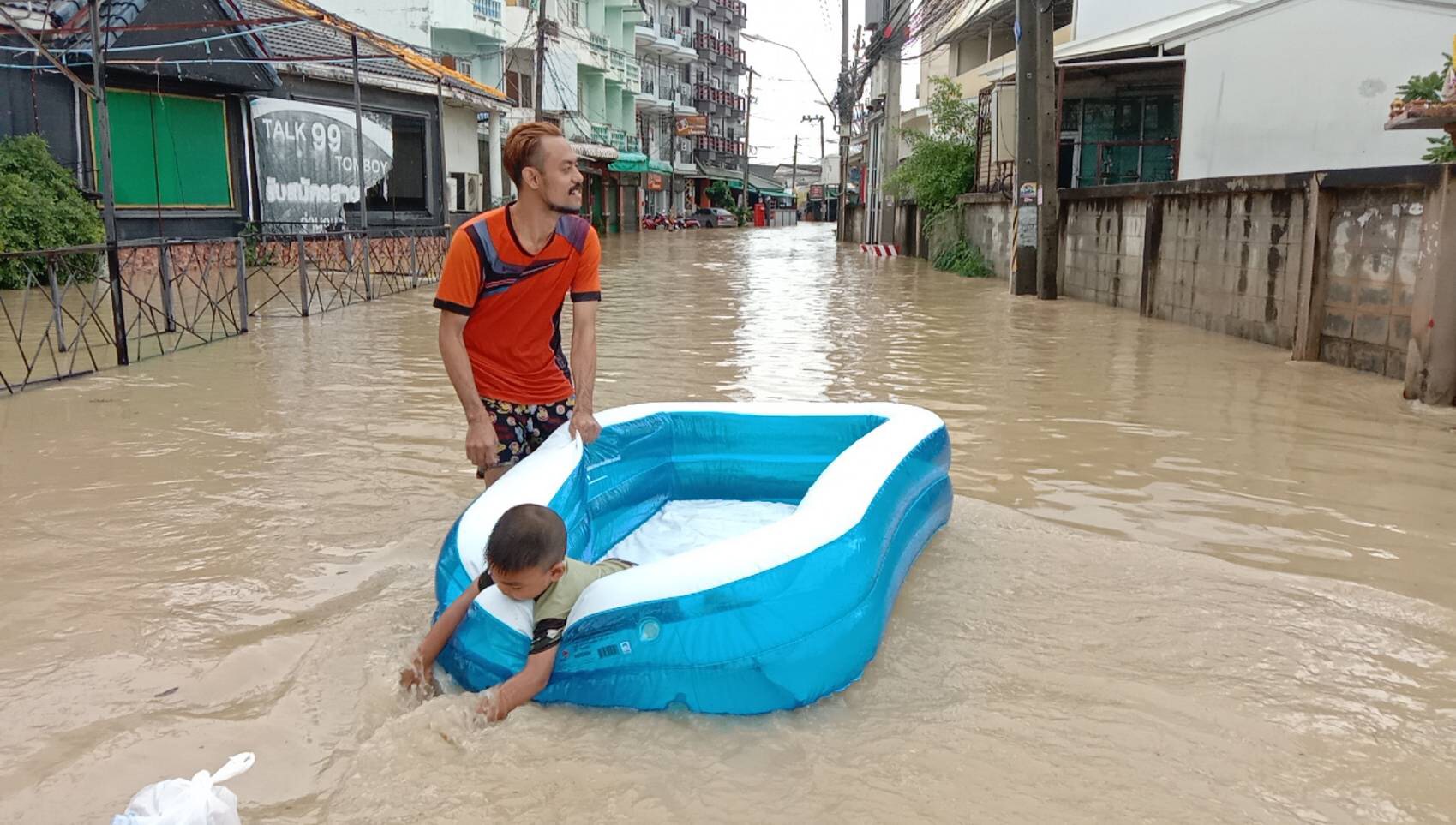 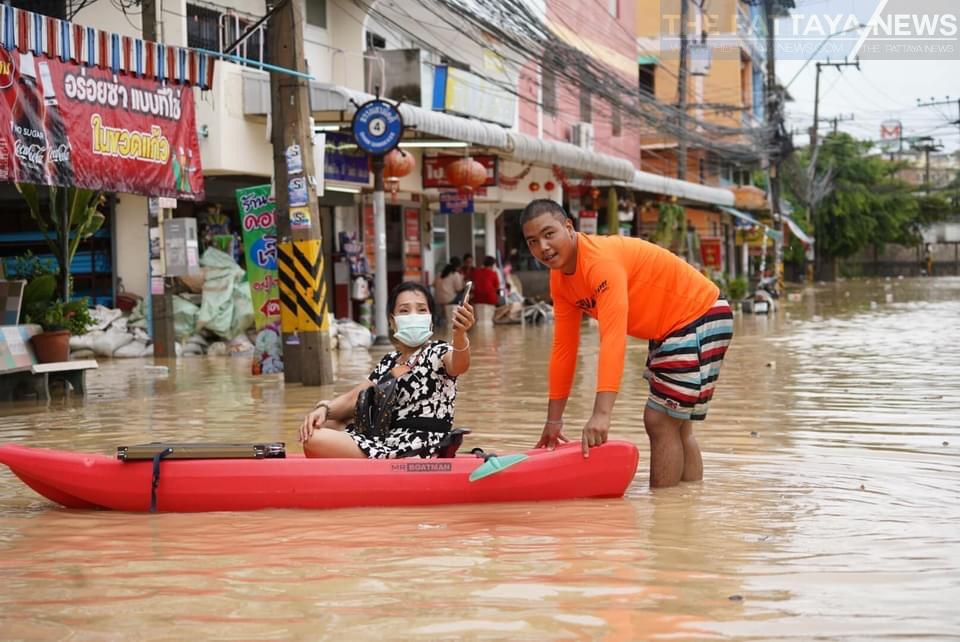 Strong currents had also washed up some fish from ponds nearby onto flooded roads where some enterprising Thais were seen catching fish, nets, and all, directly in the road. 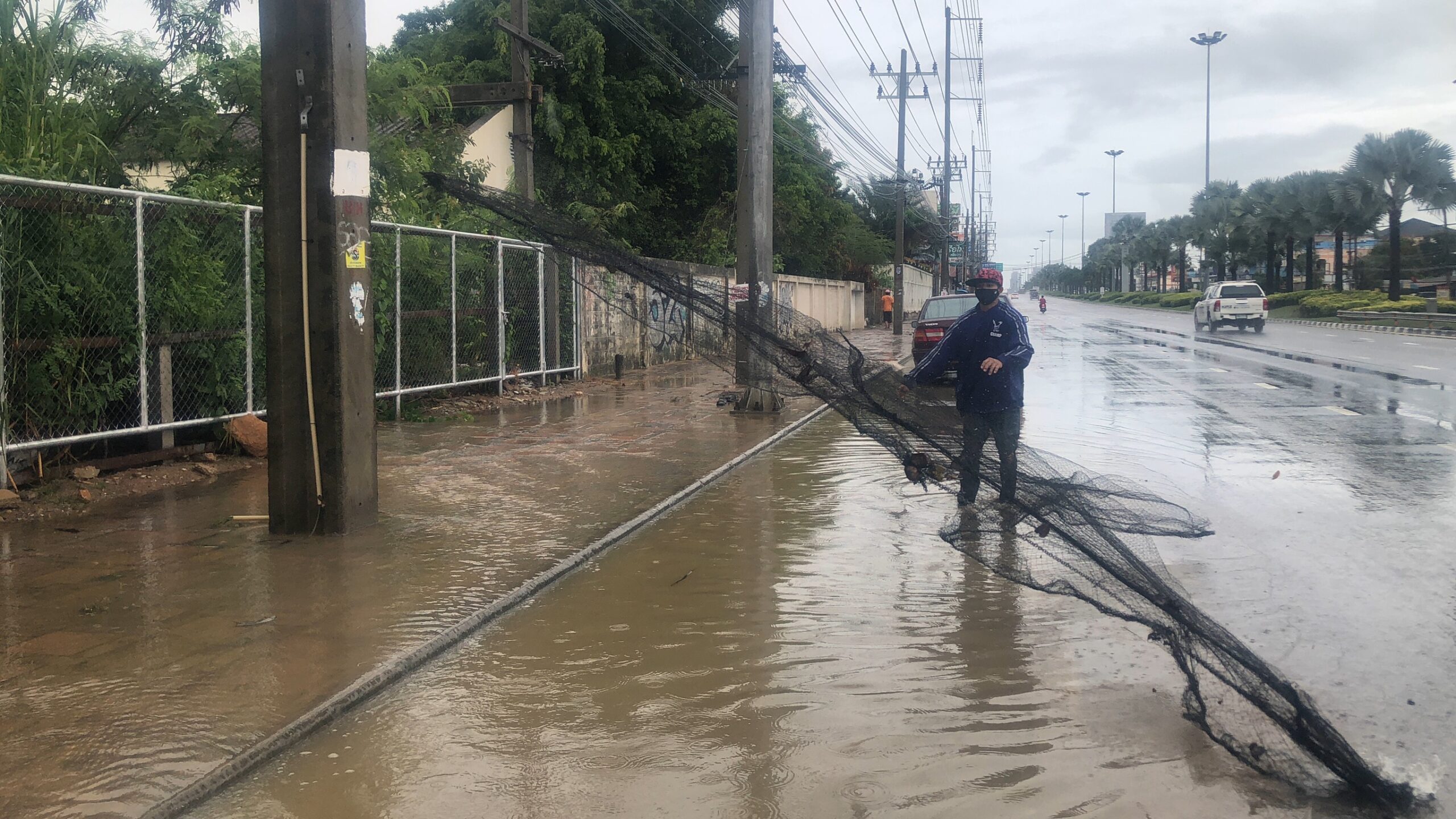 Due to the Covid-19 crisis, this fish helps workers save money that they don’t have with many unemployed due to restrictions and measures in place to control the spread of the virus, according to some of the men Pattaya News reporters spoke to literally fishing in the city roads. 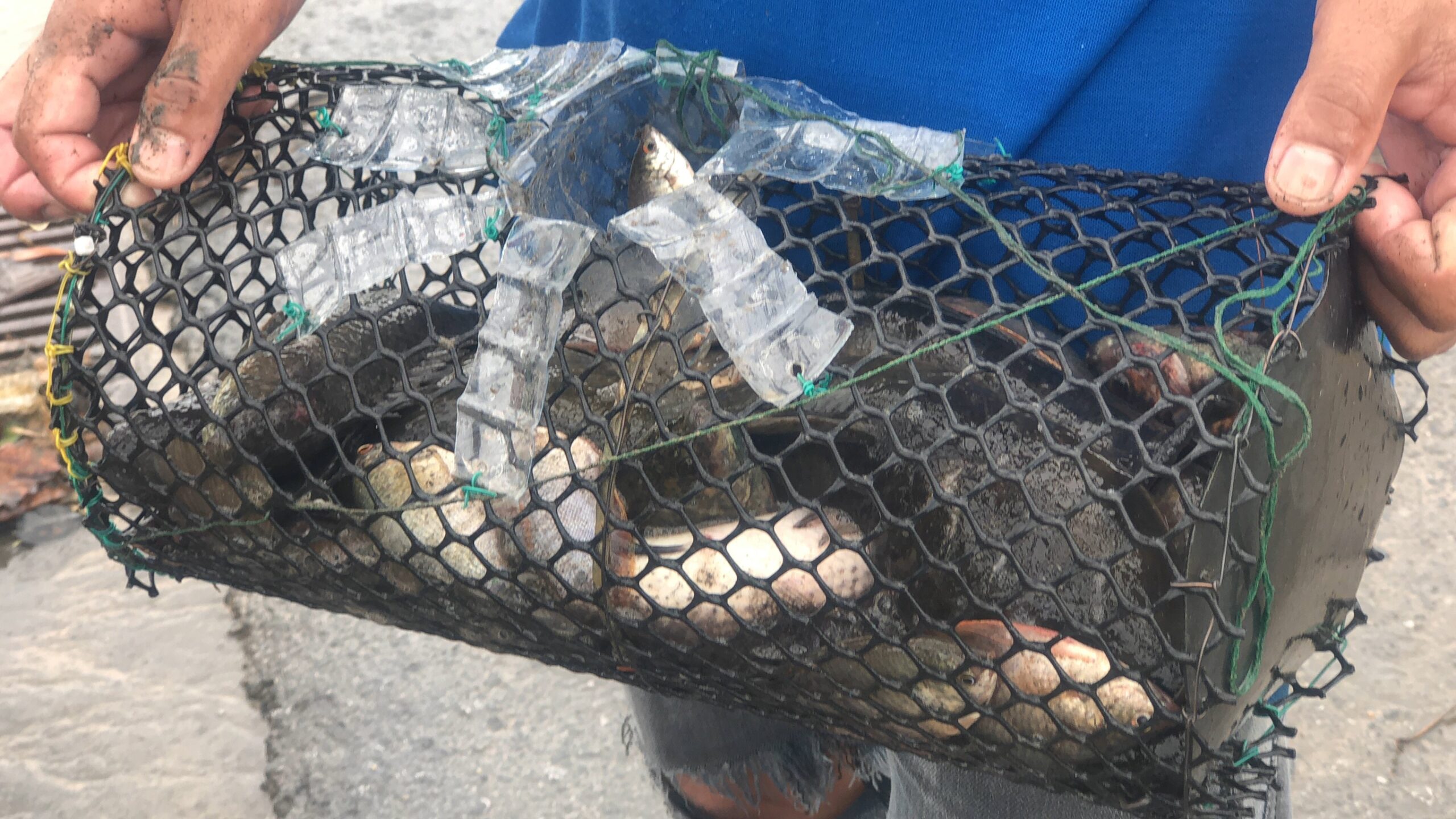 Workers told The Pattaya News that although they understood the flooding was difficult for many people they saw it as a boon and ensured that they were able to eat well for the next several days. They stated they would properly cook everything they caught and ensure it was clean.

More rain is due throughout this weekend. There is an 80% chance of rain today in Chonburi according to the Thai Meteorology Department (TMD), driven by possible heavy thunderstorms in some areas. This is due to a monsoon trough lying across much of Thailand currently and a low-pressure cell in the lower South China Sea. Additionally, a southwest monsoon is currently over the Andaman Sea contributing to the overall rains. We warned about heavy rains earlier this week here: