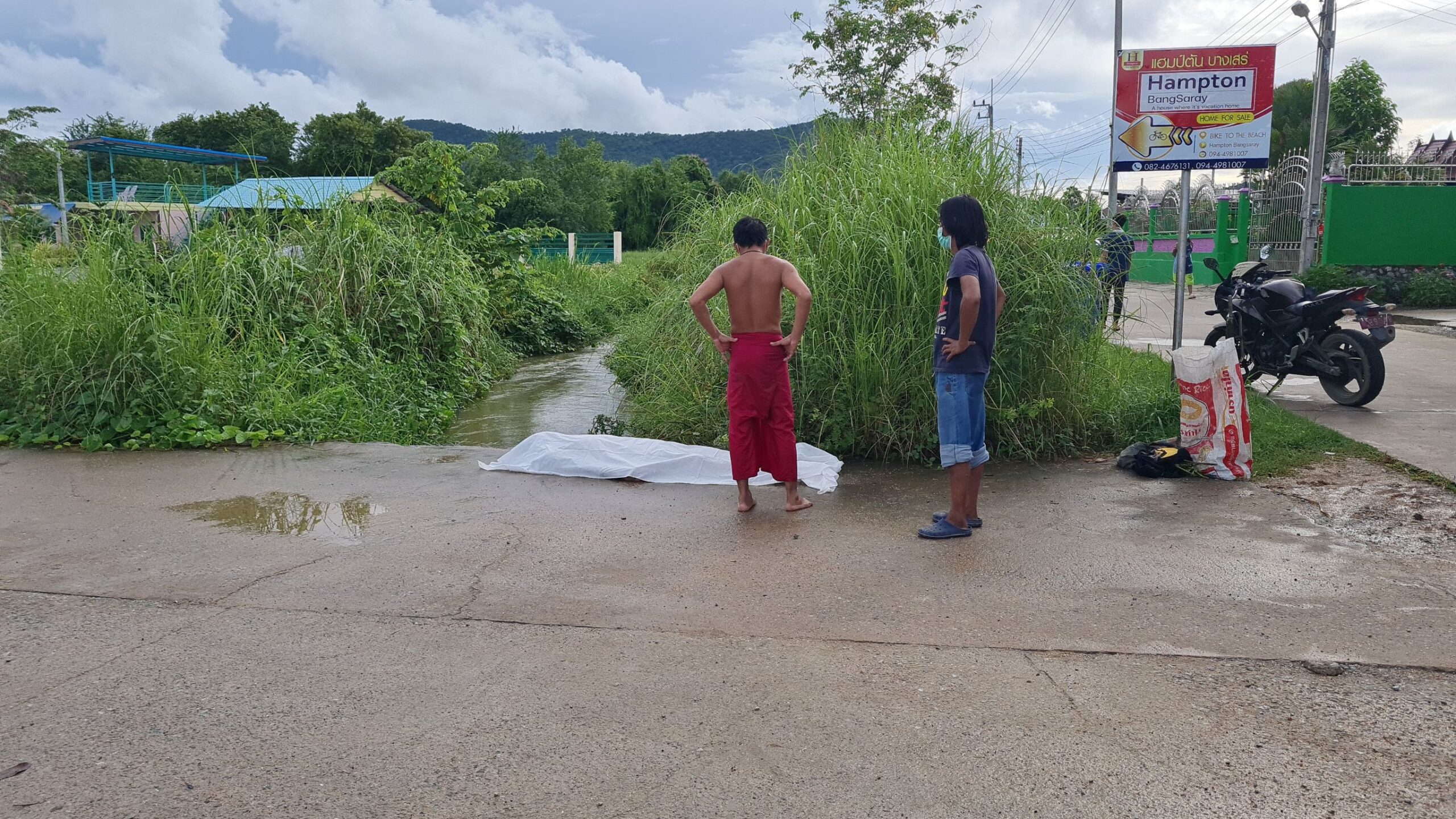 An intoxicated man drowned after he decided to hold a drunken swimming competition with a friend in a series of water drainage pipes that runs under a road in the Sattahip district.

The Sattahip Police were notified of the incident yesterday afternoon (August 27th) in the Bang Sarae sub-district. The incident took place at the exit of a series of water drainage pipes that run under local roads.

Sattahip Police and The Pattaya News arrived at the scene to find the body of the victim who was identified only as Mr. Tam, aged around 30 years old. His body was taken to a local hospital to prepare for a funeral.

His friend, Mr. Daecha Kaewwichean, 38, told Sattahip police, “We were drinking alcohol all afternoon together while it was raining heavily. We decided to do a swimming competition in the floodwater in side-by-side water drainage pipes which run under the main road. The competition was for who could swim the fastest through the road drain pipes and emerge first which were full of rushing water.”

Sattahip police stated to the Pattaya News that Mr. Daecha’s story appears to be correct and it is unlikely any charges will take place at this time. They advised swimmers to avoid deciding to swim in fast-moving canals and drainage pipes during storms. TPN media notes that due to Covid-19 restrictions swimming pools and beaches are currently closed. 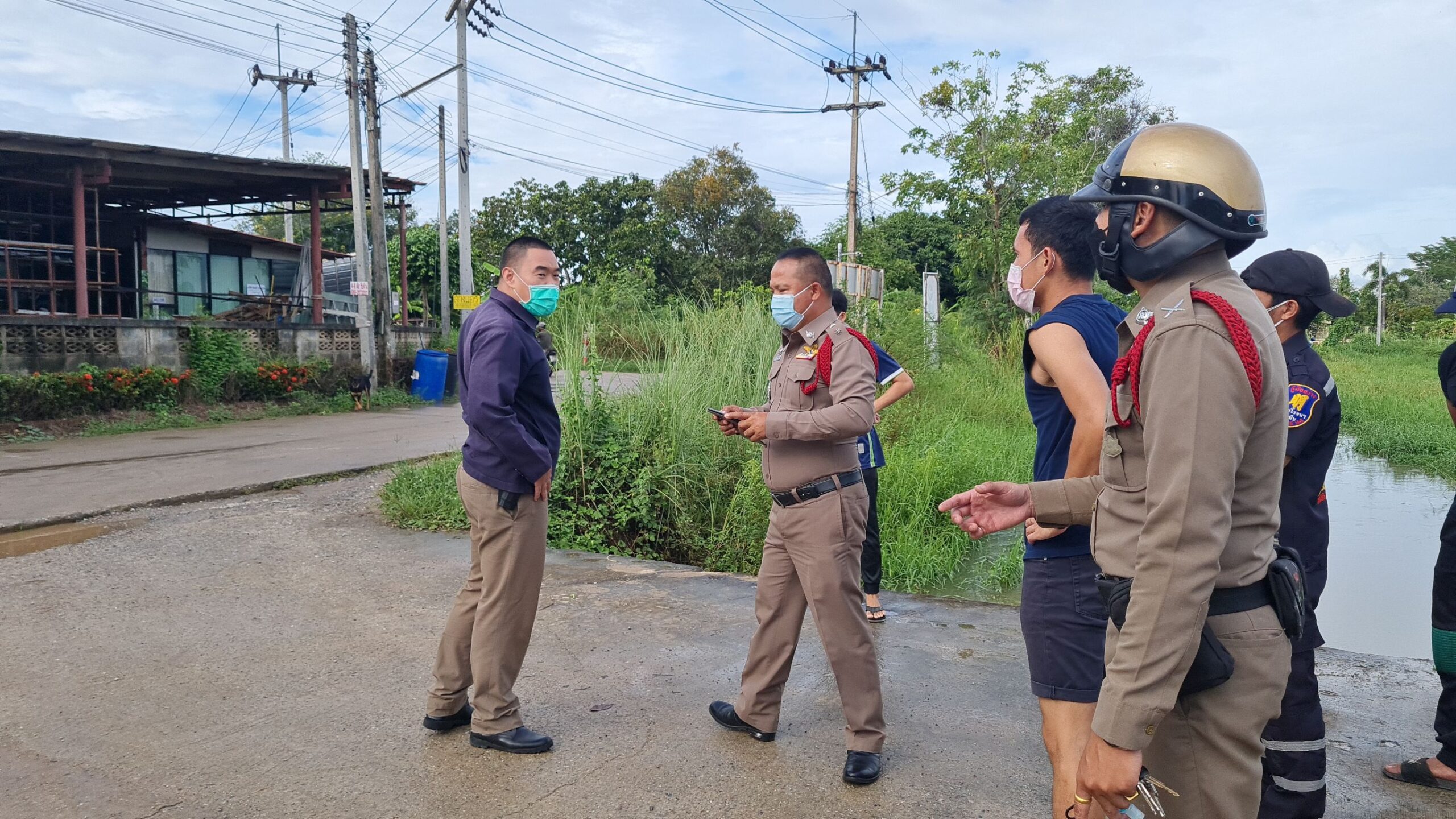