Heavy rain in Pattaya and Banglamung this morning (August 27th) caused both main and rural road flooding in the Pattaya and Banglamung area. Many vehicles were stuck in floodwaters across the city. Meanwhile, Pattaya City authorities stated that ongoing flood management work is still taking place, responding to criticism online. 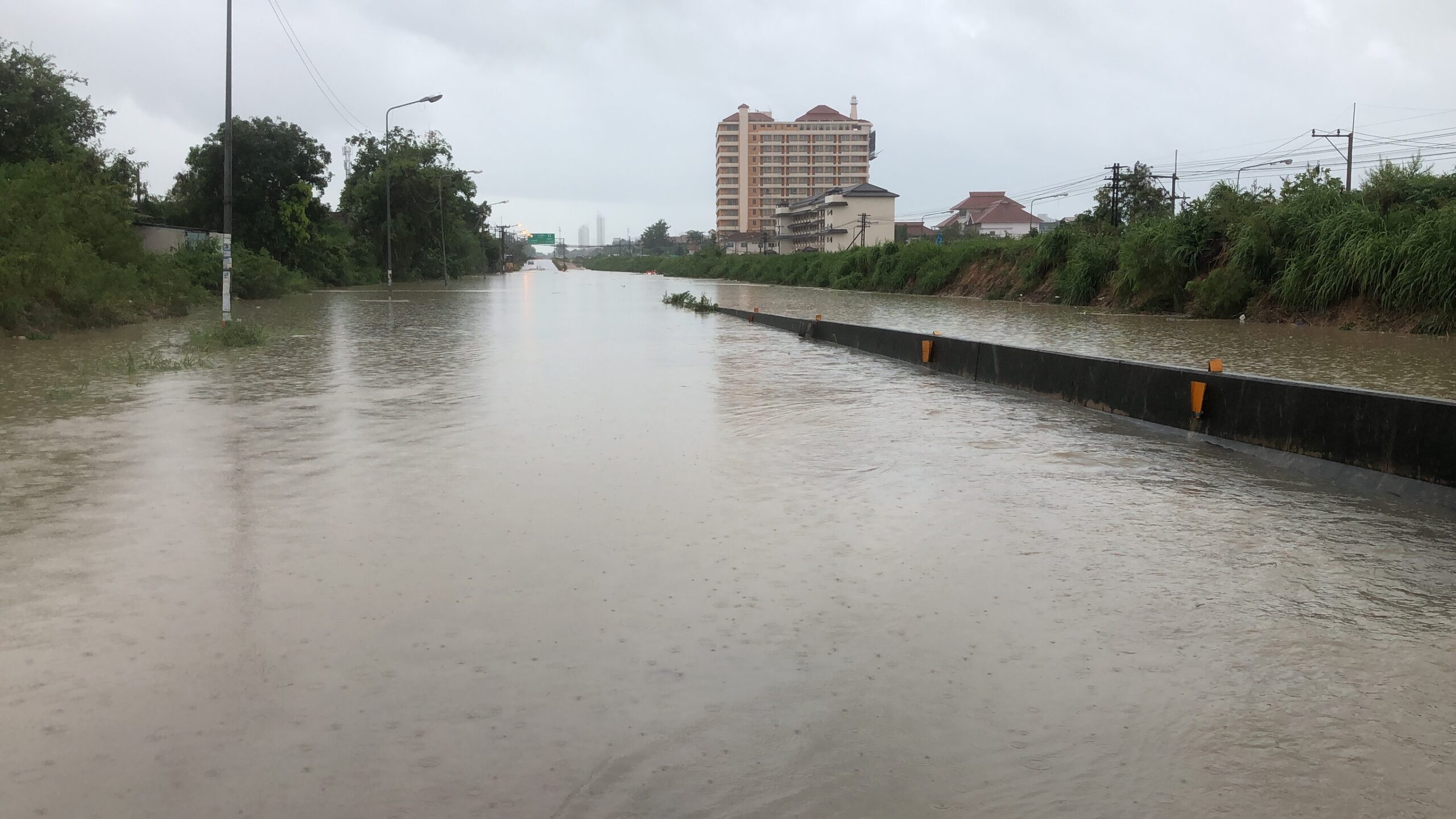 The heavy rain hit around 7:30 A.M. during the morning rush hour and lasted about five hours until midday in the Pattaya and Banglamung area. First, a video our team took of the flooding can be seen below: 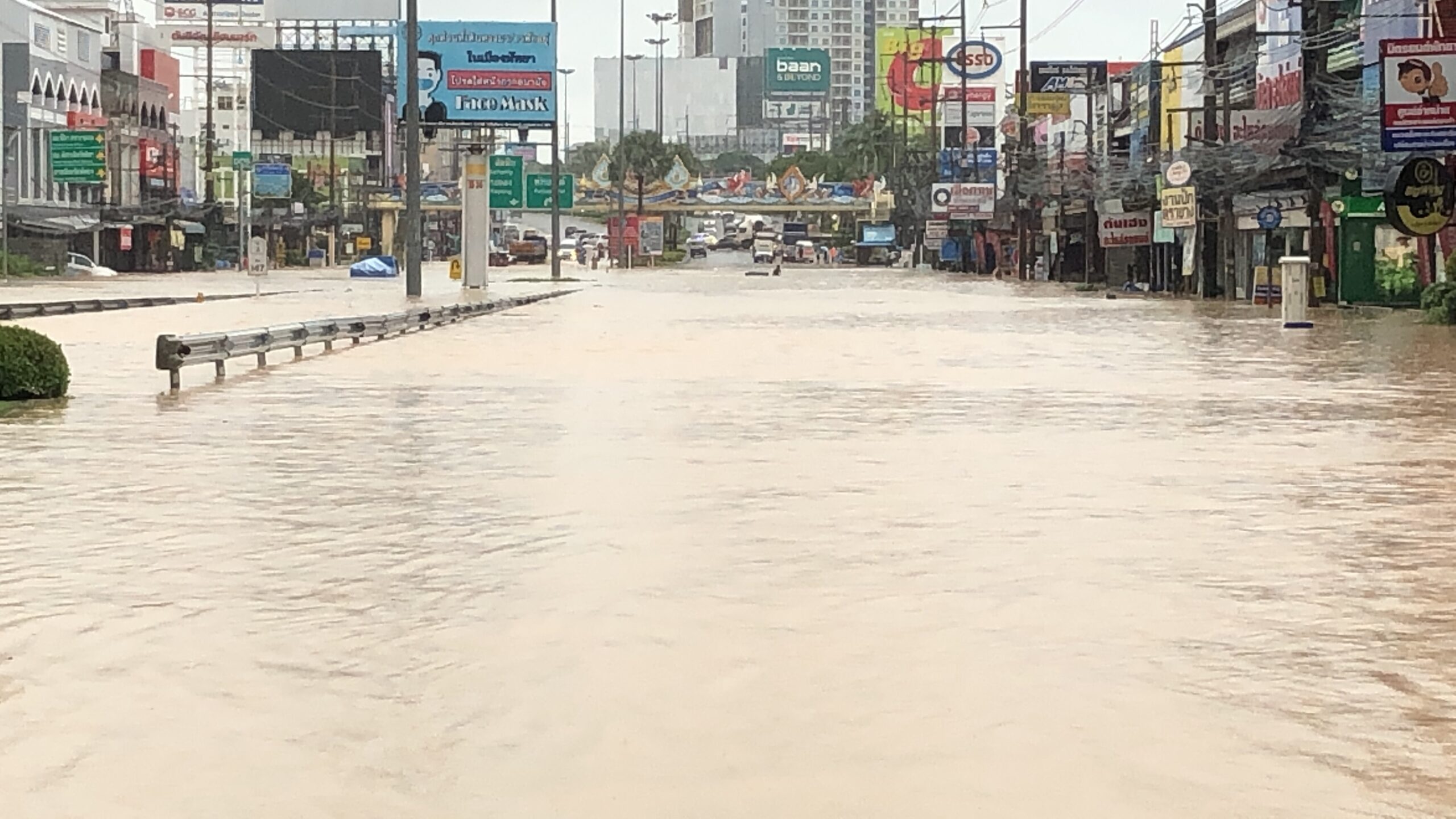 Significantly deep water was found on multiple main roads such as Sukhumvit, Soi Khao Talo, and on the road near the railway behind the Samakee Tham Temple. 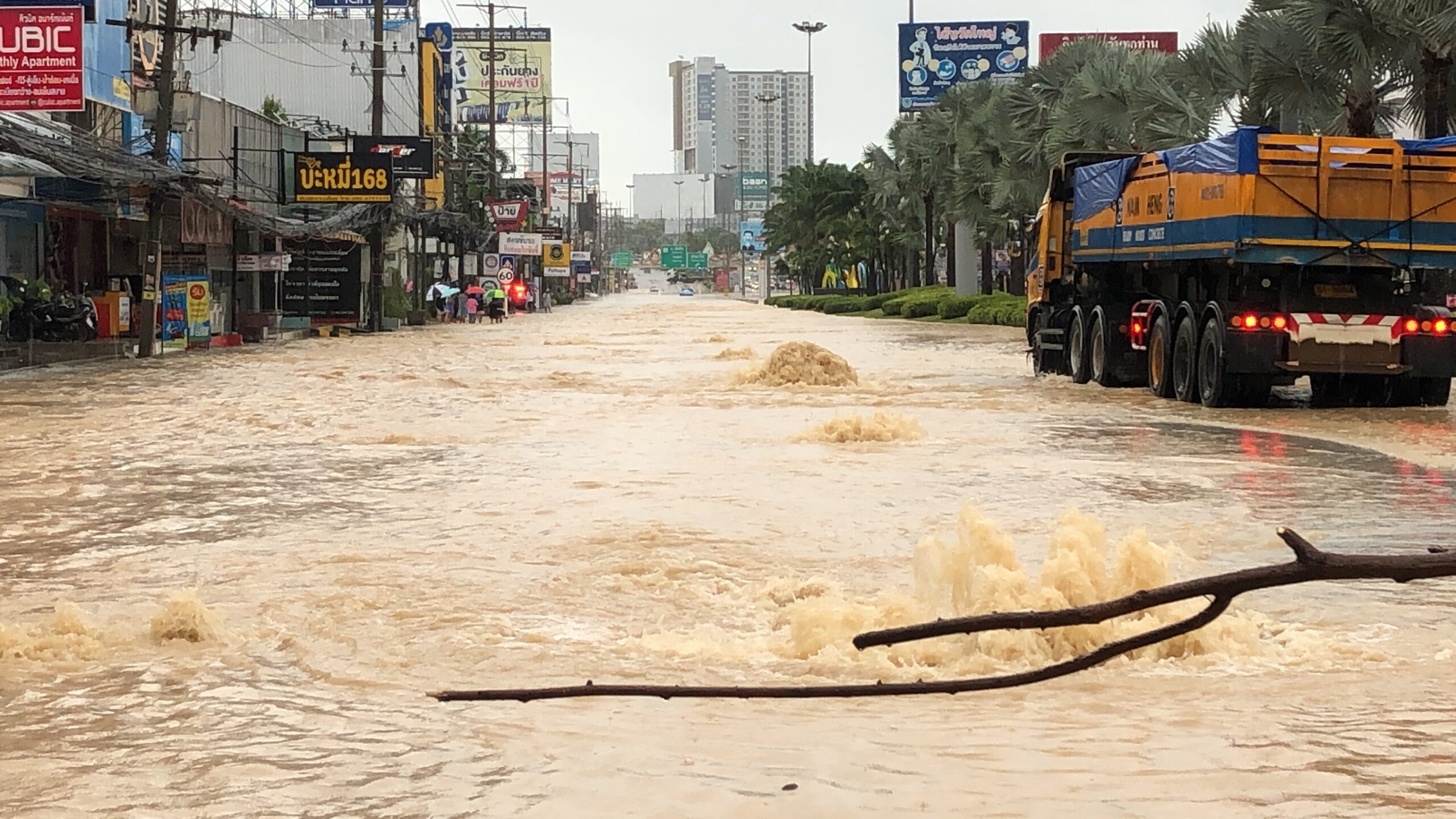 Water found on road surfaces ranged from about 30 centimeters to over one meter high causing traffic delays and seeing multiple vehicles become stuck in rising floodwaters.

Traffic police and law enforcement officers assisted in directing motorists with the traffic and assisting those stranded in floodwaters.

Two hours after the rain stopped, the water level decreased and the traffic was back to normal. 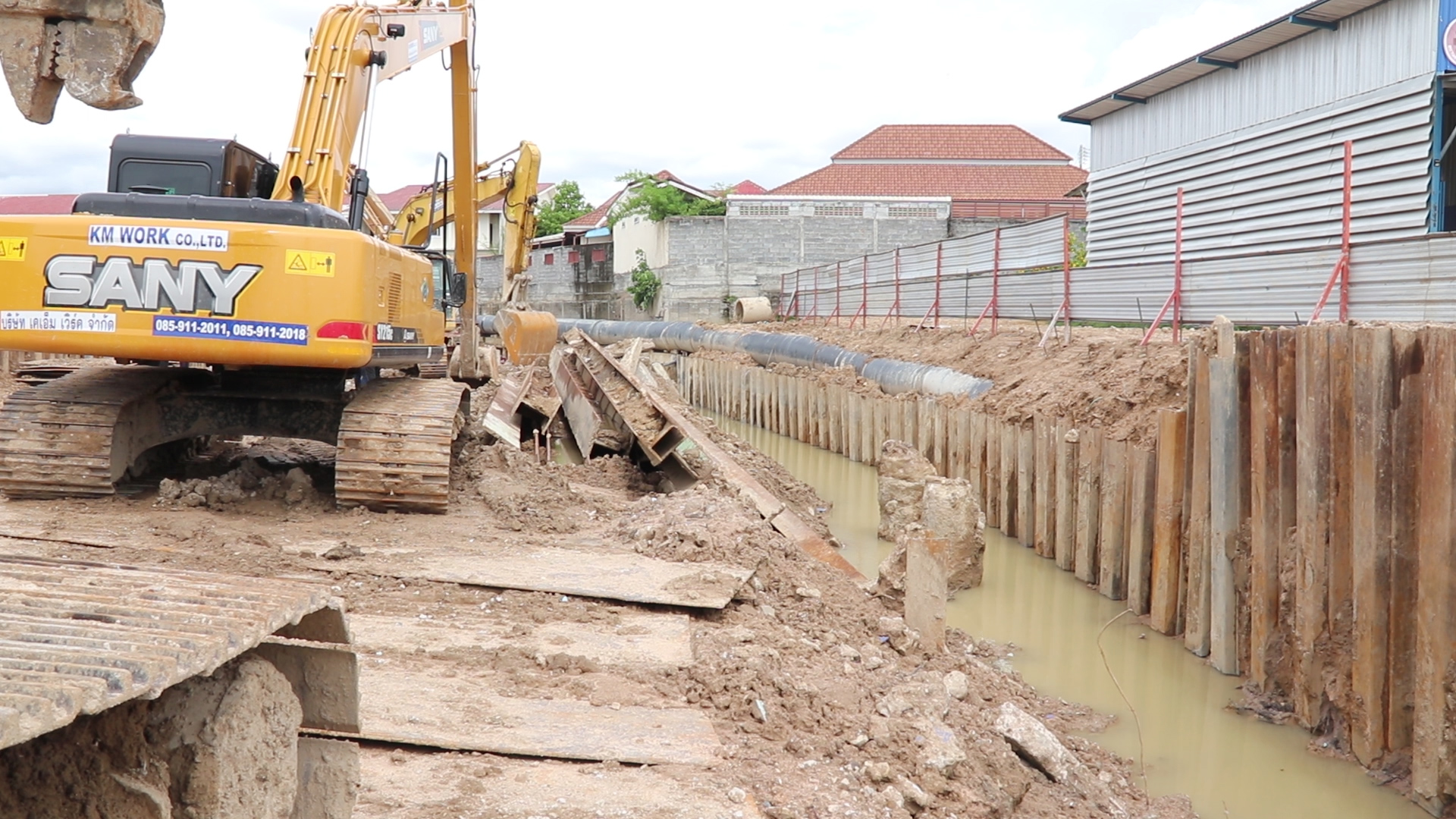 The total budget is 655 million baht from the EEC (Eastern Economic Corridor). The project had originally started in December last year. It is expected to be completed in August next year, according to estimates from city hall. They stated that this project needs to be completed before the city sees significant relief from flooding, especially around the railway road. Construction and repair of water pumps to help alleviate flooding problems, especially in the rainy season, is also part of this project.