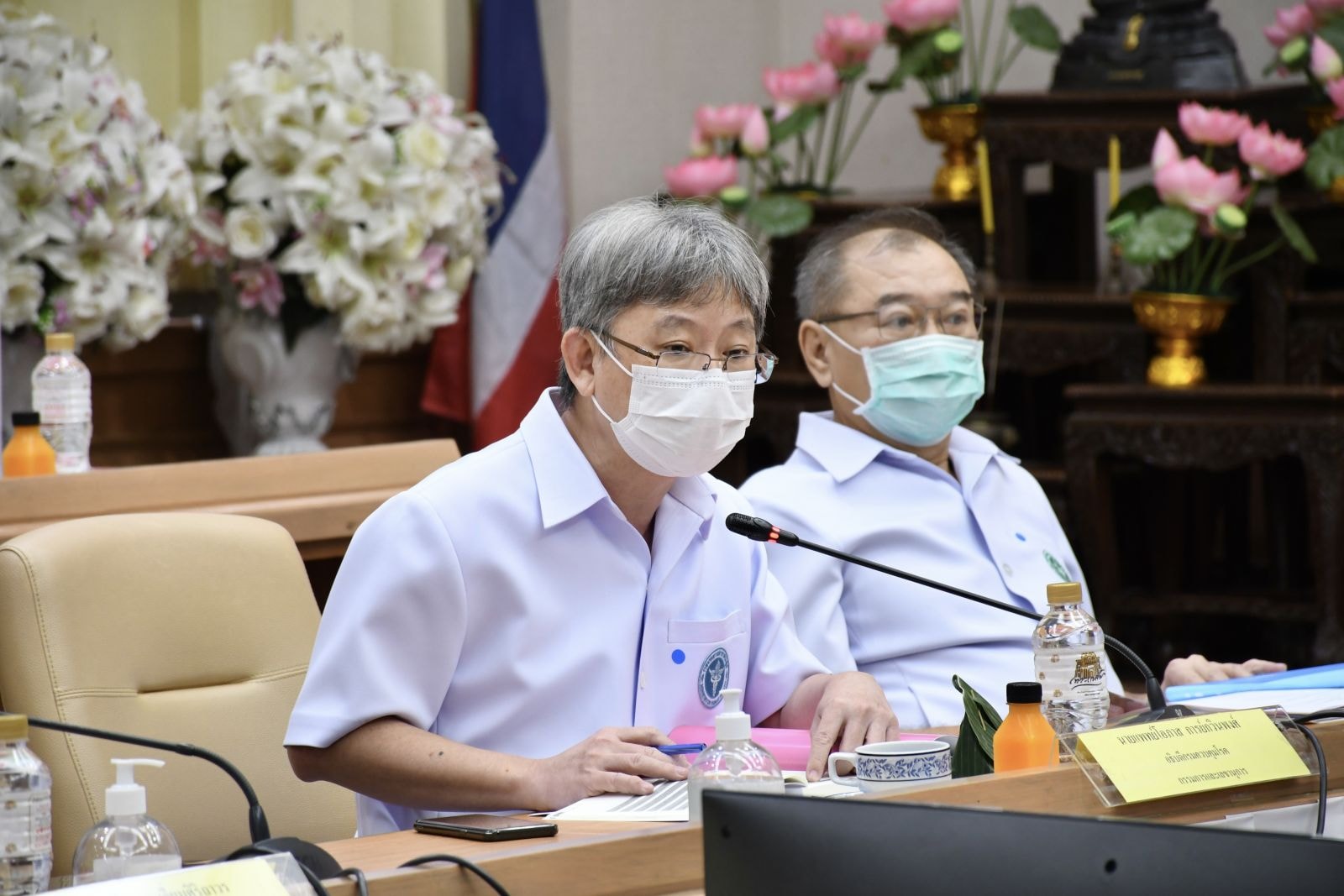 The National Communicable Diseases Committee today, August 23rd, has agreed, in principle, on four ways to reopen the country to foreign visitors safely under new disease control measures, which has been called “Smart Control and Living with Covid-19”.

This new strategy, which is still in the preliminary plan phase, reflects a dramatic change from previous “zero-covid” plans and those involving strict partial lockdowns that have shuttered tens of thousands of businesses, especially in economically viable provinces and areas like Bangkok, Samut Sakhon, and Chonburi. It is estimated, according to the Thai Government, that three-quarters of the economy are currently under strict virus curbs, causing immense economic pain for millions of people. Regardless of financial aid given, this is not sustainable in the long term, stated the proposed plan from the National Communicable Diseases Committee.

This also reflects multiple previous statements made by the Thai Prime Minister, Prayut Chan O’Cha, that Thailand needed to reopen in the fourth quarter and move forward, despite the risk from the virus. The decision to live with Covid-19 is not a new one, notes TPN media, but is the first time the statements have come from prominent health officials and doctors involved with the Center for Covid-19 Situation Administration (CCSA) and the Disease Control Committee.

Individual prominent doctors had already come forward just a few days ago with essentially the same message, stating that the current long-term lockdown measures were causing far more harm than good in their opinion.

Dr. Opas Karnkawinpong, director-general of the Department of Disease Control, said during the conference, chaired by Public Health Minister Anutin Charnvirakul, that the Covid-19 situation in Thailand in the past 4 weeks has improved and the number of daily infections has remained stable as a result of stricter restrictions such as lockdown measures in dark-red zone provinces, proactive approaches with Antigen Test Kit (ATK), home/community isolations, and accelerating vaccination in high-risk groups.

TPN media notes the plan is still preliminary and subject to change, but likely reflects the forward direction of the Thai government as the country moves into the fourth quarter of 2021, the most important time of the year economic-wise.

This also reflects multiple recent announcements of likely plans to ease some restrictions and rules next month (although nothing is set in stone) as part of this overall strategy. Of course, this plan also matches the Kingdom’s ongoing vaccination program which continues to pick up steam and will likely continue to do so over quarter four with many more vaccines scheduled to arrive.

Not everyone, however, is on board with the strategy. Prominent Thai Doctor Thira Woratanarat, who has long supported strict lockdowns and discouraged opening up borders and allowing in tourism, stated earlier today that he felt the true number of Covid-19 cases was more than was being reported. He felt this due to the increased availability of home rapid antigen test kits and that he felt many people would choose to deal with being positive on their own vs. informing a hospital and potentially being placed in field hospitals or other locations. Thira warned that the strict lockdown measures, regardless of economic impact, should continue for likely several more months or risk a huge increase in cases and hospitalizations.

A decision on any September easing of restrictions should come as early as this weekend, as we cover here in our look at the week ahead.