The Metropolitan Police Bureau (MPB) is planning to take legal action against vocational students/protesters who according to police acted violently and constantly attacked the crowd-control police during a confrontation at Sam Liam Din Daeng junction of Bangkok yesterday, August 16th, 2021.

Police Major General Piya Tawichai, the Deputy Commissioner of the Metropolitan Police Bureau (MPB), stated at a press briefing regarding the late-night clash between some protesters and the riot police yesterday that there was a group of protesters who attempted to break police barriers and bombard the officials with crystal balls, bolt heads, firecrackers, and artificial weapons, causing the police to enforce the law to maintain peace and order.

More than two protesters were arrested last night, according to the Deputy Commissioner. The MPB also urged relevant police stations to collect evidence and prosecute all offenders as soon as possible.

Meanwhile, two protesters were reportedly shot during the clash, the Doctor and Nurse Associate (DNA) reported via its online platforms yesterday. The first injury was shot on their shoulder and was treated at Chulalongkorn Memorial Hospital while the second case was shot in the head/neck area and was being treated in the operating room at Rajavithi Hospital.

The Rajavithi hospital has recently released this morning that the second injured was a man in his 20s whose identification is still unknown. By the time he arrived at the hospital at around 9:00 PM., he was unconscious and not breathing. No pulse was initially detected. A bullet wound was spotted on the left neck. Doctors were able to resuscitate the man.

From additional CT scan examination, a bullet was found in his brainstem. His first and second cervical vertebrae were broken. He is now being treated in the hospital’s ICU. As of 09.40 AM., the patient is in a coma and under close supervision of medical officials. More details and progress will be announced later.

Police Colonel Ratthachai Sriwichai, chief of Din Daeng Police Station, responded to the social media’s accusation of the use of live bullets after reports of an injured protester being in critical condition during the confrontation that the police only used rubber bullets and no live bullets were used to control the crowd and prevent the escalation of the situation.

Moreover, the chief was also heard in the statement footage that the Din Daeng Police Investigative Department would collect evidence and charge those who have posted such false messages that cause damage to the Police Station under the Computer Act.

The overall incident involving the second injured protester and how the incident occurred is still under investigation, according to police. 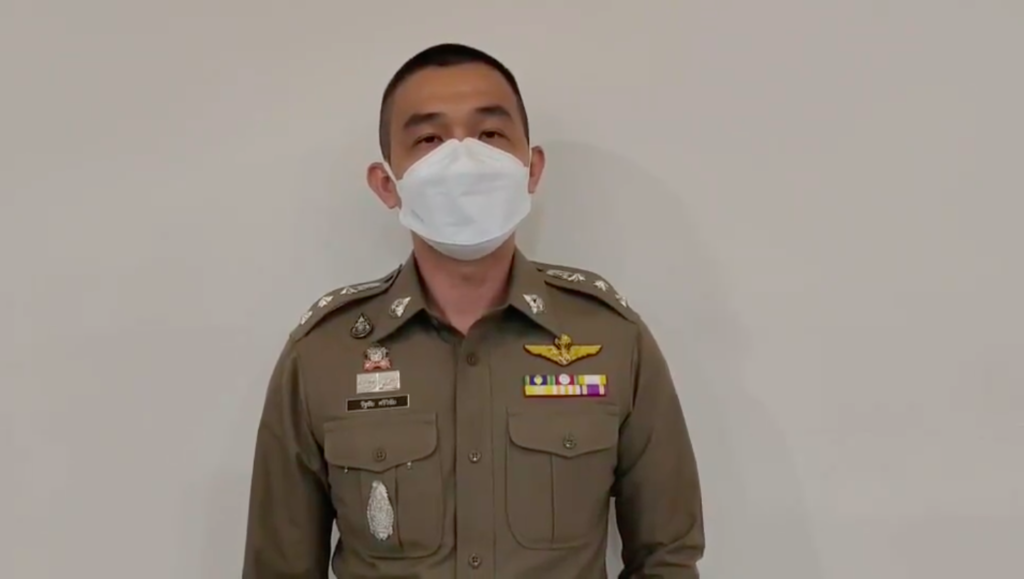