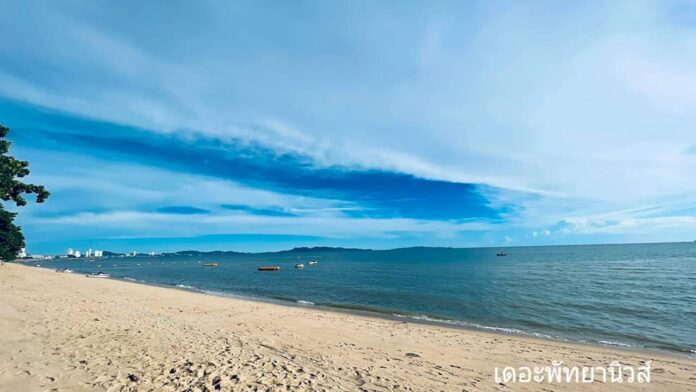 The following is an opinion editorial. Opinions are the author’s own and may not reflect those of the entire ownership/board of The Pattaya News team/TPN National.

Two weeks. It’s just two weeks. We will look at it again in two weeks.

Anyone else sick of hearing that? I’m sure plenty of you out there are, and while it is certainly understandable why this has become a mantra, it also needs to be evaluated and looked at in favor of honest and straight talk from those in charge of the current Covid-19 situation in Thailand.

I know, I know, I can literally hear the laughter from some readers now, honest straight talk from the government? Well, it is not THAT far a stretch as just last year during the first outbreak of Covid-19 in Thailand we had close to just that from the Center for Covid-19 Situation Administration (CCSA) in Thailand when they developed (and mostly stuck to) a multiple-phase plan for easing, lifting, and getting out of what seemed like stagnant and never-ending Covid-19 restrictions. It wasn’t perfect, then again nothing in life is, but it managed to do its job and deliver a universal, hopeful, on-point message to people about the path forward.

Granted, that plan was developed with Covid-19 cases in the hundreds or less versus tens of thousands like now. The CCSA was also aiming for a zero covid strategy which at that time in April of 2021 seemed like it could work-and indeed, it did for a while until a variety of factors caused Covid-19, led by the Delta variant and lack of domestic border control which was compounded by a crisis in Myanmar, to come back with a vengeance in April of this year. As of August, we are still under what seems like never-ending partial lockdowns, curfews, business closures, rules, and restrictions. Worse yet, there is no “light at the end of the tunnel. Indeed, we are still stumbling around the maze somewhere and haven’t even found the exit tunnel.

However, the important thing last year is the CCSA constantly communicated the plan to the public in excellent daily briefings and social media postings, and even if they had to take steps backward (as they did last year when they added an extra phase specifically for nightlife and bars when they previously had planned to open everything within four phases) they clearly explained why they were the making the moves they were doing in both English and Thai briefings and constantly kept the public aware.

Now, yes, we still have press briefings (three days a week now) and consistent social media updates from the CCSA and their English spokesperson Natapanu Nopakun in particular does an excellent job of communicating with the public.

However, likely due to behind-the-scenes disagreements between multiple relevant agencies involved in the current crisis, which yesterday saw another record high in Covid-19 cases despite weeks of very tough restrictions, and months of slightly lesser ones, a consistent message/plan, and exit strategy have not been clear, although data points are well communicated.

It’s clear the situation is very fluid. Everyone gets that. It’s impossible to predict that say on October 15th, 2021, at 3:00 P.M., we will open all the closed businesses. (Except, for now, the government says a plan to reopen the country to international tourism in October, within 120 days of this speech by the PM, will still take place. That speech was made well before the number of cases rose to where it is now, however.)

It’s entirely possible by the way that the government decides to simply let vaccinated foreign visitors in overall in October/November (which I agree with) as one thing the Phuket Sandbox has succeeded in is to show that foreign vaccinated visitors are incredibly low-risk. As of today, 19,619 people have entered the country through the no-quarantine Phuket Sandbox and only 55 have tested positive for Covid-19. Almost all tested positive at the first test upon arrival (even though the plan requires a test from their home country) and only two out of 6,899 tested positive on a day thirteen test before being allowed to travel outside the Phuket area. Clearly, vaccinated foreign tourists are very low-risk and much less risk than people internally.

If the government does so, that could technically mean that the Prime Minister’s statement is correct. He has explained the 120-day statement was not a countdown but rather a period to prepare and that only areas that have been 70% vaccinated and met other requirements (which right now isn’t going to be Bangkok or Pattaya, unfortunately, as Pattaya just had its own reopening plan pushed back with no future date) would be allowed to open. Of course, not many people would be jumping to come if everything continues to be closed in most major areas, but it would be a start for letting people return to the country on a wider basis.

Regardless of what happens with the 120-day statement, currently, the overall mood we get from our social media channels, comments, letters, and other communication is that people feel stuck in stagnation. There is a finally accelerating vaccination program making real progress in Bangkok specifically and some parts of the country, like Phuket, have made excellent progress also around vaccination. (Although continue to tighten rules and regulations, which has frustrated visitors and local residents.)

A comment I read online recently from Bangkok Phil, a fairly well-known Thai Twitter user, stated that Thailand has become the country of “Until Further Notice.”

Nothing could be more correct, as even here in Chonburi every order and statement from officials is “Until Further Notice.” “When the situation improves. “Under Evaluation”

Well, let us have some straight talk then because “until further notice”, especially with the limited financial aid programs being given and thousands of people lining up for charity in Pattaya daily is not working out. People need to have some idea of how long they need to keep doing this, including ex-pats who are considering flying home. Business owners on the fence about walking away from their business deserve the honest truth, even if it is brutal and unpleasant. Even if the news is not good, it is better than continuing to tell people “two weeks” or “until further notice.”

So, what do people need to know? What should be communicated?

Again, a magic date of everything being lifted right now is impossible. I get that. Most people get that. Let’s be realistic then and be clear to the people about the following (By the way, I’m aware that some of this information has been stated at press conferences before but it needs to be front and center and clear to everyone like last years phase program so everyone knows where we stand):

-What are the criteria the CCSA is using to evaluate the situation?

-Is easing restrictions based only on cases? Vaccination percentages? Deaths? Hospitalizations? Hospital Capacity? Protests scheduled? The situation in surrounding countries and around the world? If Headman Somchai from a certain village wants to throw a birthday party? (joking, sort of)

-If it is based on a reduction of cases, to what level? Clearly, we can’t be shooting for zero Covid, so what is an acceptable level to start easing? What can the average “Joe Schmo” look at daily to give an idea of how much longer this will go on?

-Many countries that have lifted restrictions basically sees an initial “exit rise” in cases. Are we prepared for that if it happens? Will we panic again and immediately have knee-jerk reactions once more or will we trust in the vaccines and our strategy?

-Recent data models presented by the CCSA show that numbers should peak around September. What do the models say after that in terms of vaccination strategy vs. cases? Will we be issuing a step-by-step “roadmap” out?

-When will we stop treating every Covid-19 case, especially asymptomatic or in vaccinated people, as an emergency and acting like it is theater, complete with ambulances with sirens, everyone wearing PPE, and mandatory time in hospitals/field hospitals/medical supervision? Will we, like other countries, have or are planning to do so, move to focus on hospitals, ICUs, and vaccination numbers or continue to be obsessed with cases that will damage tourism and the economy? I get it, this can’t happen until enough people are vaccinated but what is the goal? Is it regional? Local? National? ASEAN?

To the credit of the CCSA, they have started to be much more realistic, warning people in advance that although they will evaluate the situation ( the next one is on Monday, the 16th) restrictions overall will almost certainly be in place until the end of the month. The spokesperson also hinted yesterday it would likely be through all of September as well. This is an improvement, and not what people want to hear, but we need to be CRYSTAL CLEAR on what we are looking at data-wise and what the goal is here to the population, especially to the millions out of work currently.

Also, to the CCSA’s credit, they are very upfront with the vaccination numbers, case numbers, details about the hospitalizations, the deaths, areas affected, etc. This is actually very transparent, not just at a national level but also on a regional and provincial level as we share daily here at TPN media.

All we are asking for is to have that same level of upfront communication about what the exit plan is. Even if we have to adjust the plan, like we did last year by adding an extra phase for nightlife, people would rather have that than the current “Until Further Notice” culture. Even if it isn’t going to be until January of next year-lets level with people, give them the time to prepare and no false hope, (for the love of whatever, no more just two weeks) and get through this difficult period together. I know we can, I know we will.

Photo credit: The Pattaya News team, a currently closed beach in Chonburi, with no idea of when it will open again as it is closed “Until Further Notice”