Thai Prime Minister Prayut Chan-O’Cha this afternoon, August 10th, has now revoked his order of a so-called “fake news” law that bans any information that could cause public panic and affect national security.

Under the proposed law, even news that was true, but deemed as “frightening” or “fearmongering” by the Thai Government could result in strict penalties, including the shutdown of IP addresses.

The revocation came after the Civil Court’s rule last week that the ban was considered as an unnecessary deprivation of an individual’s rights and liberties.

The law that was originally announced in the Royal Gazette on July 29th prohibits all false and/or misleading information, even if the news was true, that could lead to public panic and confusion that might cause damage and affect national security during the Emergency Decree implementation.

The regulation brought heavy criticisms from journalists and human rights activists in Thailand. Many local media organizations, therefore, filed a petition to the Civil Court to revoke the law as, according to them, it has deprived the basic rights of the people and the media who deserved to truthfully acknowledge and publish information of daily situations, especially about the Covid-19 worsening pandemic and resulting protests.

As of last Friday, the Court has, therefore, has ordered in favor a temporary prohibition against the government’s law issued under Article 9 of the Emergency Decree on Public Administration B.E. 2558 (No. 29), pending entry by the Court of a changed order in this action.

In response, the Prime Minister pulled the order this afternoon without much pomp or circumstance before the court could meet to further consider the legal ramifications of such an order. 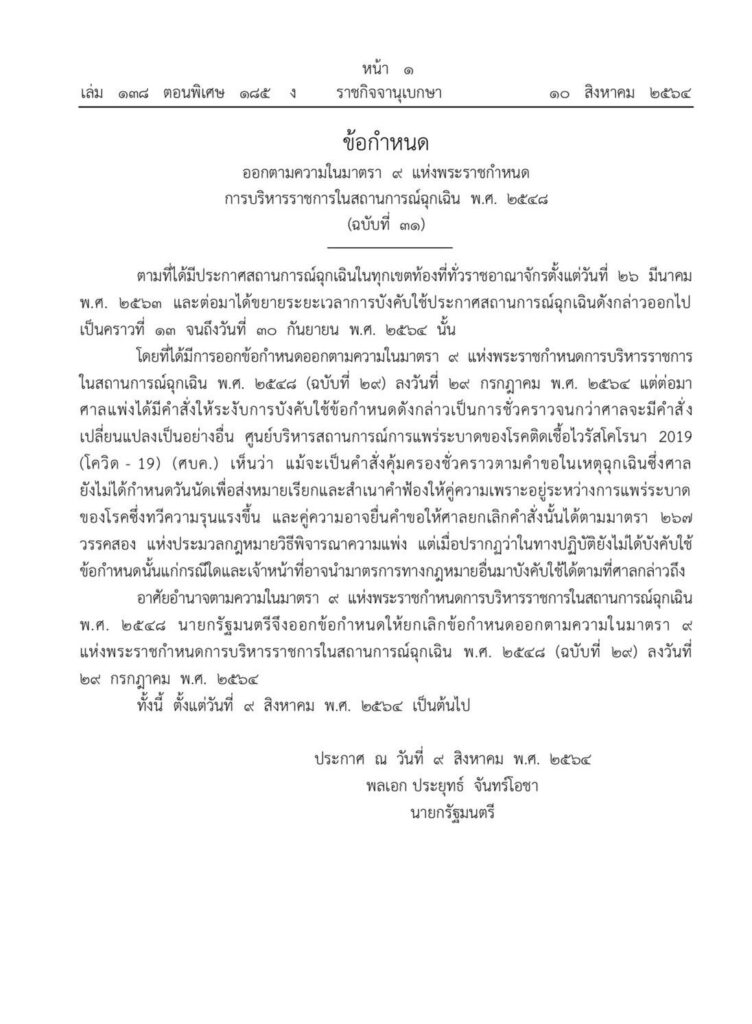