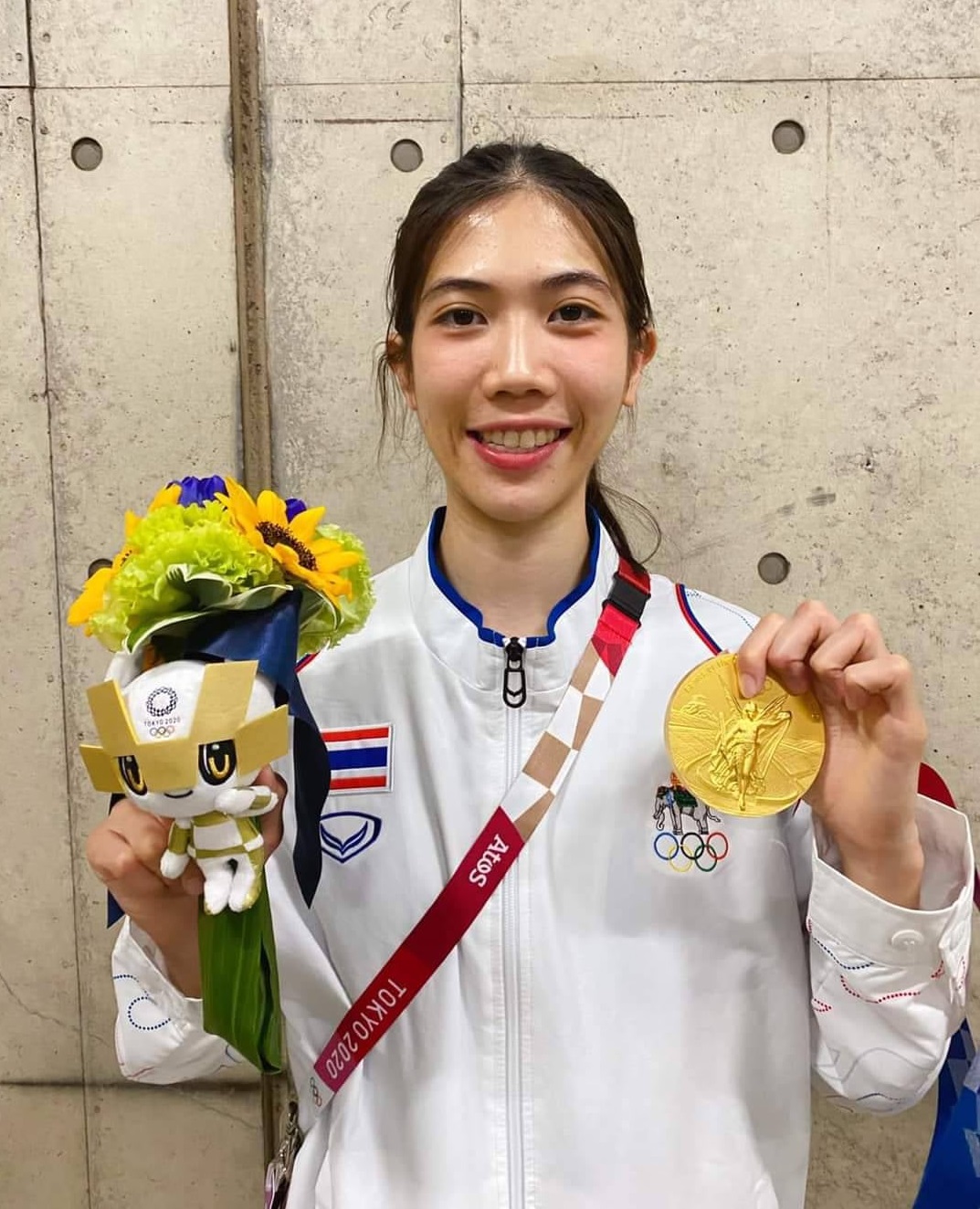 8 August 2021: After two weeks on a medal-hunting mission, Thailand had to settle for only moderate success with one gold medal and one bronze as the curtain came down on the Olympic Games TOKYO 2020 on Sunday.

A total of 41 Thai athletes from 15 sports disciplines strutted their stuff in a unique Olympiad, held behind closed doors due to COVID-19 protocols.

Only Panipak Wongpatanakit in the 49kg women’s taekwondo and Sudaporn Seesondee in 60kg women’s boxing yielded medals – gold and bronze, respectively. Both women also pinned new chapters in Thai history with Panipak being the nation’s first taekwondo exponent to win an Olympic gold medal and Sudaporn the first female Thai boxer to win any medal.

Two medals are in fact the lowest Olympic total the country has produced for 25 years, since the 1996 Atlanta Games when Thailand ended their campaign with the same result – one gold and one bronze.

However, the outcome of the Thai campaign in Tokyo came as no surprise after the weightlifting team, which had been tipped for glory following its two golds in the 2016 Games, was barred from international events after Thai lifters tested positive for banned substances at the 2019 World Championships.

According to the Sports Authority of Thailand, taekwondo, badminton, golf, and boxing were the potential sources of gold for Thai athletes in Tokyo. But only the Korean martial art offered Thailand a path to the top of the podium.

However, several other Thai athletes deserved high acclaim despite not contributing a medal, after they exceeded all expectations with dazzling performances.

Shooter Isarapa Imprasertsuk, then ranked just 32nd in the world, came out of nowhere to threaten the medal places before eventually settling for fourth place in the women’s skeet event. An overwhelming underdog among her high-profile competitors in the final four, the 26-year-old Thai missed just one target that would have won her the bronze. Still, her fourth-place finish marked Thailand’s best-ever attempt in the Olympic shooting competition by far.

Thailand’s boxing team boasts a record of four golds, four silvers, and seven bronzes in Olympic competition but they showed signs of decline in the Tokyo Games. The team also finished the 2016 Rio Games empty-handed and has yet to produce gold since Somjit Jongjohor won the Olympic title in Beijing 13 years ago.

However, in Tokyo, they won the hearts of Thai fans nationwide with courageous performances despite losing against high-class rivals, especially Chatchai-Decha Butdee against three-time world champion Lazaro Alvarez of Cuba in the men’s featherweight quarter-finals, and Juthamas Jitpong against European Games gold medalist Buse Naz Cakiroglu of Turkey in the women’s flyweight quarter-finals.

Other athletes who deserved applause include Suthasini Sawettabut, the first Thai woman to reach the fourth round in the table tennis singles, and Ratchanok Inthanon who lost a heart-breaking quarter-final to world No 1 Tai Tzu Ying of Taiwan in one of the best badminton showdowns at this Olympics.

Nevertheless, badminton and golf failed to live up to expectations for Thailand, which boasts a world-class mixed doubles pair and star players on the LPGA Tour.

This Games also marked the first time in 45 years that Thailand’s male athletes finished without a single medal. Before this year’s Games, Thai men had won at least one medal in every Olympics since Montreal 1976, when Payao Poontarat won the boxing light-flyweight bronze.

Thailand finished at 59th place in the medal table in Tokyo, and third in ASEAN behind Indonesia (one gold, one silver, three bronzes) and the Philippines (one gold, two silvers, and one bronze). Several factors played a significant role in the outcome. Hopefully, the country’s athletes will bounce back with the return of the weightlifting squad in Paris 2024.