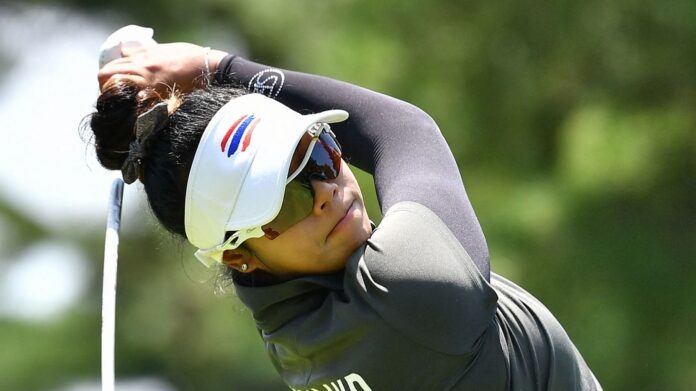 6 August 2021: Paphangkorn “Patty” Tavatanakit said her four-week break from golf had taken a toll after she shot a third-round 69 for a 2-under-par 211 in the Olympic Games TOKYO 2020 women’s golf at Kasumigaseki Country Club on Friday.

The 23-year-old world No 13, who had to skip several events including the Women’s British Open due to document problems, finally got to grip with the par-71 6,648-yard course, sinking three birdies on the sixth, 11th, and 17th holes against a lone bogey on the 12th.

This year’s ANA Inspiration victor shot back-to-back pars in the first two rounds, shattering her hopes of winning Thailand’s first Olympic medal in golf. She now lies 13 shots behind US golfer Nelly Korda who leads on 15-under, with Indian Aditi Ashok following in second on 12-under.

“Being away from competition affects me. So I was struggling to find my momentum at the beginning of the tournament here,” said Patty.

The Thai No 1 is determined to summon her A-game on Saturday so she can fly the Thai flag high during the final round.

“It is a great honor for me to play for Thailand. As I’m getting into the groove now and I will do my best in the final round on Saturday,” she said.

Thai No 2 Ariya, who teed off with an opening round of 6-over, matched Patty with a 69 in round 3 for an even-par total of 213. Like Patty, Ariya said her game was picking up and she would maximize her efforts for a strong finish.

“I played better than in the first two days. But I didn’t shoot low scores because my putting was not strong today. I hope to play my best in the final round,” the former world No 1 said.