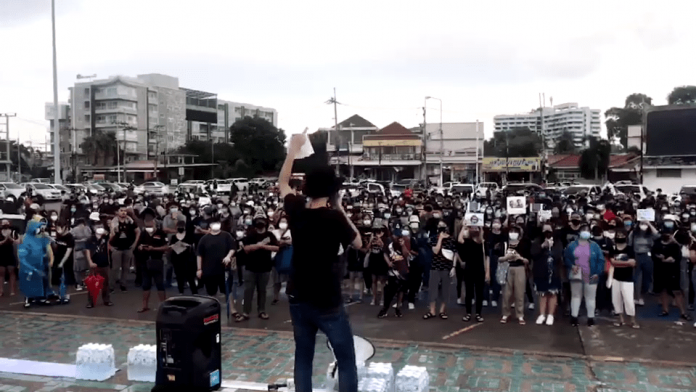 This is not the first time the Royal Gazette has released an order like this, with several other similar orders released recently, all related to current Emergency Decrees centered around Covid-19.  This particular order has increased potential jail time for gathering to two years and can be used in conjunction with prior orders.

According to the government, the order is to help control the Covid-19 situation in the country and is not political. Protesters, however, disagree.  According to multiple protest groups posting on social media this evening, August 3rd, they will continue to protest this upcoming weekend in Bangkok with what they are calling the largest car mobs and rallies yet.

Car mobs, as described by protesters, are when multiple vehicles, such as motorbikes and cars, gather together to drive around the city while displaying protest signs, playing music, speaking on loudspeakers, and actions. Protesters came up with the car mobs to get around rules on gathering in the capital, currently limited to 5 people, and to not violate social distancing rules.

The government, however, states that even car mobs violate the emergency decree as people should be staying home as much as possible due to the virus and not traveling for what they view as non-essential reasons.

The protesters are calling primarily for the resignation of the Thai prime minister, mainly for what they see as poor handling of the Covid-19 situation in Thailand currently seeing thousands of new infections a day and bringing strict lockdown-style measures to 29 provinces that close tens of thousands of businesses, put in place mandatory curfews, and even close outdoor spaces like parks and beaches.