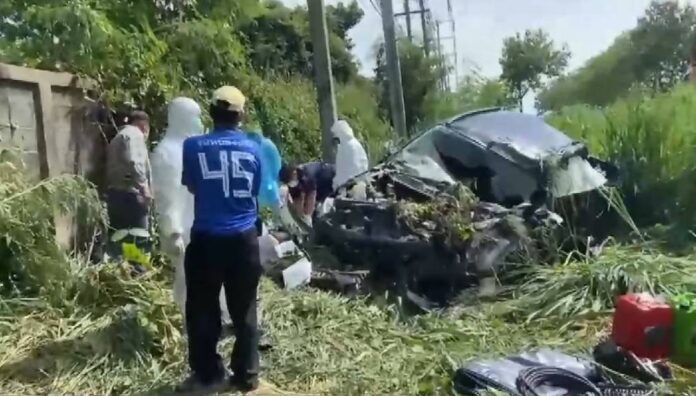 One person was instantly killed while two passengers were seriously injured after their pickup truck reportedly bumped into a trailer truck before falling off the side of the road in the Ban Bueng district of Chonburi this morning, August 1st.

Early investigative efforts seem to show that the driver, who has narcolepsy yet still continued to drive despite the warnings of his family, may have fallen asleep.

Police and medical volunteers arrived at the scene at around 11:30 AM, after being alerted of the fatal incident on Route 331 (inbound to Korat) in the Nong Phai Kaew Subdistrict. A pickup truck was spotted fallen off the road in an abandoned field, in a heavily damaged condition, located 50 meters away from the accident site while its front hood was attached at the back of a HINO trailer truck parked on the side of the road.

Three people were discovered inside the debris. A 70-year-old father, who was sitting in the passenger seat, was killed while a 50-year-old driver and one other passenger, whose identity remained unknown, were seriously injured. They were immediately rushed to a local hospital. Their names were withheld by authorities.

The initial investigation exposed that the wrecked vehicle was carrying 5 passengers before the incident occurred. However, only three were discovered at the scene. The two remaining passengers had reportedly fled the scene of the accident, although it was unclear why and what condition they were in. Police are investigating for signs of the two missing passengers. 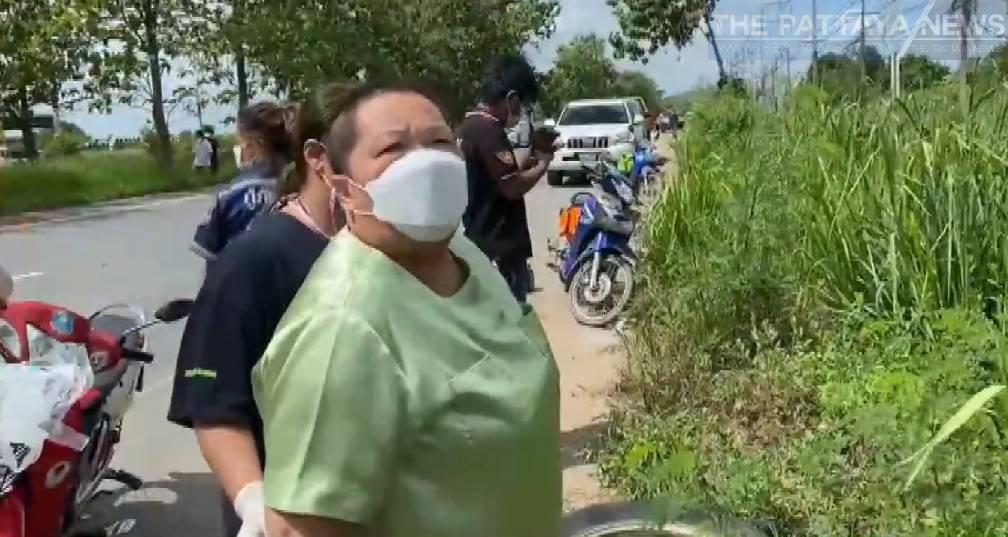 According to the trailer truck driver, he was driving from the Map Eiang area and heading to Prachinburi. He was driving in the left lane when he heard a loud crashing noise from the back of his vehicle. Through his side mirror, he saw the other party’s vehicle was falling off the side of the road and claimed he saw two passengers jump out of the truck. The 47-year-old driver then stopped and stepped down his vehicle to see the situation before immediately called the police and rescuers for help.

Relatives of the deceased later arrived at the scene after being informed of the incident. One of them revealed that the deceased and the driver were father and son who left their home at Ao Udom for a wood purchase in the Prachinburi province, along with a dealer.

They stated that the driver was also suffering from an underlying disease, and had narcolepsy. They previously warned him not to drive as it could become very dangerous. However, the tragic event unfortunately occurred. The relatives did not know who the two passengers were that fled the scene.